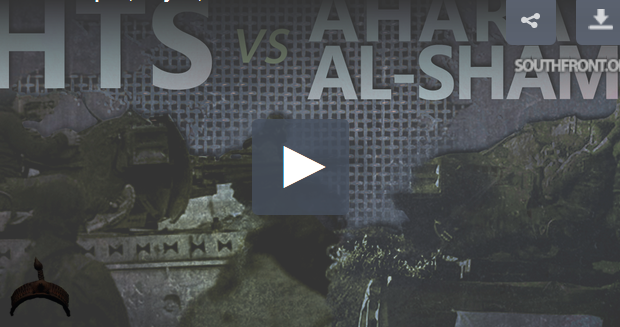 Syrian government forces have repelled a series of ISIS attacks in the countryside of Palmyra and continued their advance in the direction of Sukhna. An intense fighting is now ongoing in the mountain area overlooking the ISIS-held town. If it is taken by the army, the fate of Sukhna will be determined. ISIS is fiercely defending the town because its last ISIS major defense site on the Palmyra-Deir Ezzor road.

On Tuesday, Hayat Tahrir al-Sham (HTS) attacked Aharar al-Sham in the province of Idlib. HTS stormed Ahrar al-Sham positions near the village of Hizareen and reportedly seized the village after series of firefights. At least two Ahrar al-Sham members, including a field commander, Yousef Al Fadl, were reportedly killed. Clashes also erupted in Maarat Numan and Jabal Zawiya. On Wednesday, firefights continued in the aforementioned areas as the both sides were deploying reinforcements in order to take an upper hand in the standoff.

The escalation became a result of a series of tensions between the two groups over the influence in the militant-held province. HTS and Ahrar al-Sham compete for the political and military leadership in the province as well as for the control of cash and weapon flows through the Turkish-Syrian border.

HTS is excluded from any kind of negotiations to solve the Syrian conflict because the group has ties with al-Qaeda. Thus, the group seeks to establish a full control over Idlib in order to sabotage any possible agreements between the militants and the Syrian government.

The Syrian Democratic Forces (SDF), heavily supported by the US-led coalition, are facing in Raqqah a problem similar to the problems faced by Iraqi security forces in Mosul and by the Syrian army in Aleppo. Militants are actively using urban areas, human shields and suicide bomber in order to counter the attacks. The old city of Raqqah remains a key ISIS defense site in the city.

Meanwhile, the US is increasing its military presence in the SDF-held area of eastern Syria as well as expanding its involvement in the battle for Raqqah. The SDF is an important part of the American diplomatic strategy. Washington is going to use the SDF-held area as a bargaining chip in a diplomatic standoff over the fate of post-ISIS Syria with Damascus, Tehran, Moscow and Ankara.