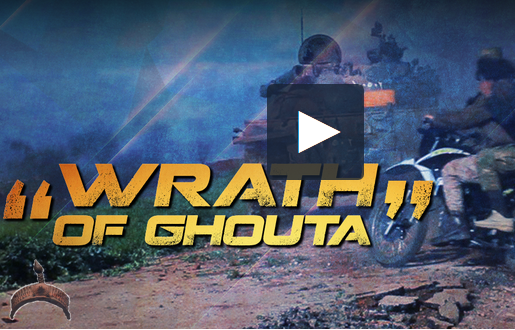 On March 14, ten so-called “moderate opposition” groups launched a large-scale attack on positions of the Syrian Arab Army (SAA) in northern Hama and captured the villages of al-Hamamiyat and Karnaz.

According to a released statement, the attack was dubbed “Wrath of Ghouta” and aimed at assisting militants suffering setbacks in battle against the SAA in the Damascus suburb of Eastern Ghouta. Later, Hay’at Tahrir al-Sham also announced via its Iba’a news agency that its members had supported the groups involved in the advance.

However, by the evening, Wrath of Ghouta had turned to be a failure for the so-called moderate opposition. The SAA retook Karnaz and al-Hamamiyat, captured a battle tank and, according to pro-government sources, killed up to 50 militants.

Meanwhile, in Eastern Ghouta itself, the SAA, the Tiger Forces and other pro-government factions liberated a half of Jisreen, reached the vicinity of Hamouriyah and entered the industrial area south of Douma. On March 15, the SAA continued its advance aiming to liberate and secure Jisreen and to tighten the siege on Douma.

The Turkish Army and the Free Syrian Army captured the villages of Al-Nira and Kafr Shil from the Kurdish People’s Protection Units (YPG) in the Afrin area. However, Turkish forces did not advance on the road linking the city of Afrin and the government-held part of Aleppo province.

The Turkish media has released a series of videos showing YPG members preventing civilians from leaving the city of Afrin. Ankara says that this is a clear evidence that the YPG uses locals as human shields. Pro-YPG sources deny these claims.

Separately, on March 14, the Turkish military struck a checkpoint of the government’s National Defense Forces (NDF) in Nubl-Zahraa. 8 NDF members were killed. The NDF responded by shelling Turkish positions with Grad rockets.

Previous: Putin – If Russia Disappears, So Will The World!
Next: The Five stages of (Imperial) grief: Anger