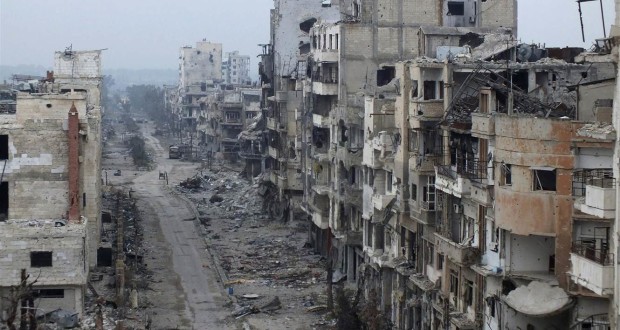 Posted by: BalogunAdesina in World News Comments Off on Syrian War Report – May 11, 2017: Syrian Army Renews Operation Against ISIS In Eastern Aleppo

On May 10th, the US-backed Syrian Democratic Forces fully liberated the important town of Tabqah and the Tabqah dam from ISIS terrorists in the province of Raqqah. The town of Tabqah is located within 40 km of the ISIS self-proclaimed capital of Raqqah. US-led coalition aviation and US special forces assisted the Syrian rebels in the Tabqa campaign.

Meanwhile, the SDF resumed their anti-ISIS operations north of Raqqah, capturing the villages of al-Jalai and Mayselum that had been held by ISIS.

Operation Inherent Resolve spokesman Col. John Dorrian revealed what kind of arms the United States would supply to Kurdish forces (a core of the SDF) when he told reporters, “…..what we are talking about here is ammunition, small arms, heavy machine guns, and mortars….”

Earlier this week, the Pentagon announced that US President Donald Trump had approved a plan to directly arm Kurdish forces operating in Syria.

Russian Aerospace Forces supported the SAA advance by bombing ISIS gatherings and vehicles in the area between the Al-Jirah Military Airport and the town of Maskana.

A number of Syrian soldiers were allegedly killed or wounded in the village of Atshana as a result of 2 VBIED attacks on SAA troops there.

ISIS also damaged an SAA T-72 battle tank in the village of Ma’moura after targeting it with an armed drone.

Russia has sent some 21 Soviet-made M-30 howitzers [122 mm] to Syria government forces, Fox News reported citing US officials. The artillery pieces arrived via cargo ship in the Syrian port city of Tartus in the past few days, according to the article.

The media outlet also speculated that Russia is sending more missiles for the advanced S-400 air defense system. The step is allegedly aimed at increasing the Russian air defense capabilities in Syria.

Previous: My Hubby Was Sleeping With A Girl – Mercy Aigbe
Next: Making Sense of the “Super Fuse” Scare