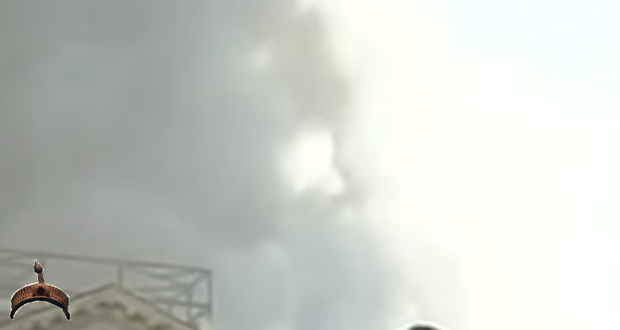 The Costs of War: counted in TRILLIONS

Posted by: BalogunAdesina in World News Comments Off on The Costs of War: counted in TRILLIONS

by Phillyguy for the Saker blog

The US came out of WWII as the world’s dominant military and economic power. Since that time, US hegemony has been predicated on: 1) unrivaled military strength, 2) control of world’s energy reserves and 3) primacy of the US dollar.

US dominance has become increasingly threatened due to its continuing economic decline, a process that began in the mid-1970s as US corporate profits began to stagnate/decline in response to increasing competition from rebuilt economies in Europe- primarily Germany (Marshall Plan), Japan (Korea and Vietnam wars) and more recently China. The structural economic problems confronting the US and western capitalism were vividly on display during the 2008 financial collapse, which has still not been resolved. While US military power is still formidable, it is being tested by Russia (exemplified by their success in Syria) and the rapid development of Chinese and Iranian militaries. Further, the status of the US dollar as the worlds reserved currency is being increasingly challenged by the Chinese yuan as well as Bitcoin and other Cryptocurrencies. The US response to these events has been an increasingly bellicose, aggressive and astronomically expensive foreign policy, coupled with growing use of economic sanctions (aka economic warfare) against real or perceived adversaries which include Russia, Iran, Venezuela and North Korea.

On September 11, 2001, the US suffered the most lethal attack in the nation’s history. According to the “official” narrative, on that fateful Tuesday, nineteen hijackers affiliated with the radical Islamic group al-Qaeda hijacked four jet aircraft. Two of these aircraft, AA Flight 11 and United Flight 175 crashed into the World Trade Center (WTC) in NYC, while AA Flight 77 crashed into the Pentagon and United Flight 93 crashed into an empty field in Shanksville, PA [1]. I would like to stress that 16 years on, there are still multiple outstanding questions about 911, including what did the intelligence community- FBI and CIA know about the hijackers prior to that date, what caused the planes to crash and why did the WTC towers collapse [2, 3]? The tragic events of 911 resulted in the death or circa 3000 Americans, and played a key role in shaping US foreign policy for the early 21st century. Indeed, 911 set the stage for US military engagements, currently stretching from the Levant, to Caspian Basin, Persian Gulf, South-Central Asia, China Sea, Indian Ocean, Horn of Africa, the Maghreb, to Eastern Europe and Russian border. While much has been written about geopolitical ramifications of ongoing conflicts in the Middle East and South-Central Asia, the direct costs of these conflict to American taxpayers has received far less attention. In this piece we will focus on the costs arising from two of these conflicts- Afghanistan and Iraq and their long term implications.

Less than a month following the 911 attacks, President GW Bush announced operation “Enduring Freedom”, with an initial deployment of approximately 1000 troops to Afghanistan with the goal of tracking down al-Qaeda leader Osama bin Laden, the alleged “mastermind” behind 911. Since the initial troop deployment, the war in Afghanistan has become the longest running war in US history, with 11,000 US troops still deployed [4, 5]. Afghanistan now has the dubious distinction of being the world’s leading heroin supplier. Cost to taxpayers currently exceeds $1 trillion [6, 7], possibly going as high as $2 trillion [8]. It is not clear when this war will end, as President Trump announced last summer that 4000 additional US troops would be sent to Afghanistan [9].

In 2002, reporters Michael Gordon and Judith Miller published a story in the paper of record (NY Times), alleging that Saddam Hussein was embarking on a program to develop weapons of mass destruction (WMDs) [10]. Although later found to be inaccurate, this piece was used by then Secretary of State Colin Powell in his now infamous 2003 UN speech as a casus belli for the subsequent US invasion of Iraq. Powell later stated that his U.N. Speech “Was a Great Intelligence Failure” [11]. At the time of the US invasion, then Defense Secretary Donald Rumsfeld estimated the cost of the Iraq war would be relatively cheap, $20-50 billion, largely paid for using revenue obtained from Iraqi oil sales. As it became rapidly apparent, the US war in Iraq would be neither brief nor inexpensive [12]. In 2008, costs of the Iraq war were estimated to be $3 trillion [13], ultimately costing US taxpayers $5 trillion or more [14, 15]. Thousands of US troops are still deployed in Iraq in 2017.

The Federal government is faced with daunting economic problems which have been greatly exacerbated by multiple tax cuts for the wealthy and increased spending on the military. Congress recently approved a $700 billion military appropriation and is now considering a large tax cut mainly benefiting wealthy Americans [16]. In the past, the cost of wars were paid for by increasing taxes- Lyndon Johnson place a 10% surtax on federal income tax to help pay for the war in Vietnam. In contrast, the wars in Afghanistan and Iraq have been largely financed “off-budget” using borrowed money (i.e., bonds), which is adding more debt to already large federal deficits- the debt limit will soon have to be raised to $20 trillion. This situation can only go on as long as the US dollar maintains its value and foreigners are willing to purchase US T bills. Further, one could argue that in addition to being astronomically expensive and jeopardizing American financial stability, the wars in Afghanistan and Iraq have been detrimental to the long term strategic interests of the US, while at the same time strengthening the positions of Russia, Iran and China.

2. The 10 unanswered questions of 9/11. by Will Bunch Philadelphia Inquirer Sept. 6, 2011; Link: www.philly.com/philly/blogs/attytood/The-10-unanswered-questions-of-911.html