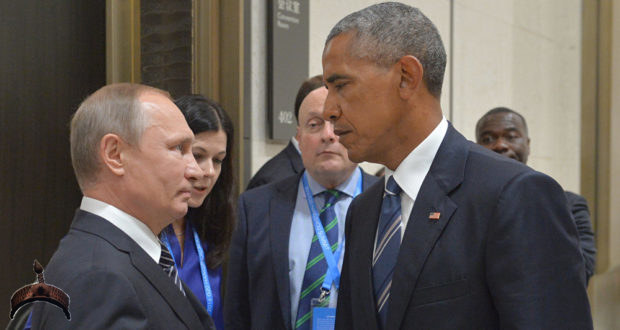 The U.S. Removed the Truce in Syria

Posted by: BalogunAdesina in World News Comments Off on The U.S. Removed the Truce in Syria

On Monday, Sep 19, there was an attack on a joint convoy of the UN and the Syrian Arab Red Crescent (SARC) near the area of Urum al-Kubra. As a result, 18 trucks were destroyed, killing more than 10 employees who are trying to help the Syrian people. The incident occurred after US-led opposition fighters had resumed military operations, which essentially put on the brink of failure-week truce.

Nowadays it is uncertain who carried out the attack. However, it is worth to to get it all sorted out whom it may be beneficial for. In this context, it should be getting a view of the US factor.

First, supporting ISIS terrorists attacked on the humanitarian convoy, U.S. is trying to distract the world’s attention from the anti-terrorist coalition air strikes on the positions of the Syrian army near Deir ez-Zor.

It also should be mentioned that quoting the Pentagon’s statements the US publishing house “The Los Angeles Times” named the actions of Washington-led coalition as “unfortunate mistake” because the original purpose of the coalition fighters was to apply airstrikes on the positions of militants ISIS.

Second, speaking by the actions of US-backed opposition units Washington has never wanted to fulfill the terms of the agreement. That is why the truth was used by the US-backed terrorist groups only to regroup and restore fighting.

The US side actively accuses the Syrian government and its allies of the attack on the humanitarian convoy, suppressing the criminal actions of militants. However, the exact location of the convoy was known only to the armed opposition militants, who controlled the area.

Syrian Defense Minister Gen. Fahd Jassem al-Freij said that neither Syria nor its allies had not been involved in the attack on the humanitarian convoy.

Based on the video submissions from the Russian side, it becomes clear that the attack was not from the air (as the US side is trying to persuade). There haven’t been found any craters from explosions, car body and buildings haven’t been destroyed by the shock wave.

In addition, analyzing the video from drones if was noticed that a pickup hitched militants with mortar went next the humanitarian convoy. Then it disappeared. He was likely ready for the attack on the convoy.

The result of the attack on the convoy was not only the failure of cease-fire regime. Dozens of thousands of people have lost hope for the beginning of a quiet life. Civilians are banking on support of the Syrian government army, which is able to destroy militants and restore order in their native country.

The cease-fire regime was supposed to be a real chance to end the massive bloodshed, but US-led terrorist groups are deliberately violated the terms of the agreement for the development of new phase of the war, that killed hundreds of thousands of lives. The Syrian army has no choice but to take tough measures to suppress terrorist aggression to defend their country and the civilian population.