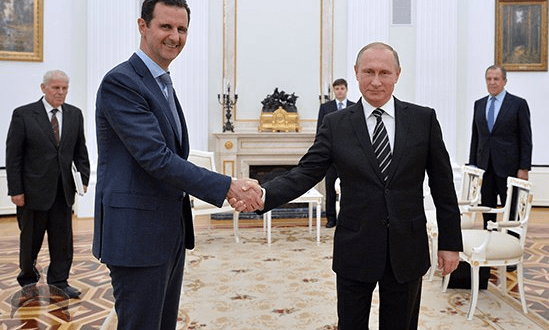 Posted by: BalogunAdesina in World News Comments Off on Threats of ‘New Absurd’ Sanctions Over Syria Groundless – Kremlin

Kremlin spokesman Dmitry Peskov said that the Western countries’ threats of imposing new sanctions on Russia over the situation in Syria are groundless.

On Wednesday, the leaders of the United States, Britain, Germany, France, Italy and Canada voiced readiness to impose sanctions against allies of Syrian President Bashar Assad. The Western countries also said in a joint statement that Russia and Iran should influence the Syrian leadership over the situation in Aleppo. White House spokesman Josh Earnest said that the US and its European allies may impose more economic and political sanctions against Russia over Syria. Moscow hopes that threats of imposing sanctions against Russia over the situation in Syria will not be implemented in practice, Peskov said.

“The continuation of the sanctions rhetoric causes regret. We also regret that our partners don’t want and are not ready to understand the essence of the situation. We don’t understand attempts to cover unability and unreadiness to help the Syrian settlement by absolutely groundless threats to impose sanctions,” Peskov said. “Instead of helping settle the Syrian crisis, our partners don’t do anything effectively and just continue threatening to impose some new absurd sanctions.” He added that Moscow hopes that “common sense will prevail” and no sanctions will be imposed.