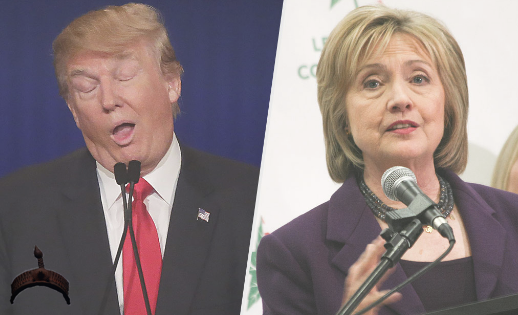 Since I might be asked about that, I might as well share my opinion about the debate tonight.  Frankly?  I was absolutely horrified.  I had expected Trump to completely slaughter Hillary, but what happened tonight was the exact opposite.  My son put it best “it looked like a kindergartner trying to argue with a college professor“.

Hillary knew all the tricks, she was superbly prepared and she truly is a world-class liar. Oh, and she also looked healthy and in control (so much for the Hillary is sick and cannot control her temper theory; when she wants, she clearly can).

Trump looked completely outclassed, he spent most of the time on defensive (Hillary attacked him almost immediately).  Worst of all, not only did he called her “Secretary Clinton” while she called him “Donald”, but he regularly uttered “here I partially/generally agree with Secretary Clinton” whereas she, of course, never agreed on anything.  If the ability to lie, to frame a question and to use ugly ad hominems are the weapons of politics, then Hillary totally out-gunned Trump.

Trump was mostly passive and constantly on the defense.  He also repeated himself so many times his one-liners soon turned boring and stale.  In contrast, Hillary easily eluded each one of his attack and always had a comeback ready.  Finally and predictably, the moderator was clearly hostile to Trump, as was the crowd which resulted in several “you are no Kennedy, Senator” moments.

The moment when Trump agreed to the obscene notion of people which have been put on the “do not fly” list also being denied their 2nd Amendment rights probably lost him all the libertarian votes.  As for the progressive vote, he probably lost it when he brazenly admitted using US bankruptcy laws to protect his business interests.  His constant attacks against Iran and his reference to Bibi Netanyahu certainly proves his clumsy (and futile!) attempts at appeasing the Israel Lobby.  And when Hillary brilliantly hammered him with the accusation that racism made him question Obama’s birth certificate, Trump found nothing better to retort than to say that he was proud that a club he created in Palm Beach was commended for not discriminating against “against African-Americans, against Muslims, against anybody”.  This was actually painful to watch.

Sheikh Imran Hosein likes to quote the following words from the Quran “But they plan, and Allah plans. And Allah is the best of planners“.  Well, I sure hope that God has a plan to save us from a Hillary Presidency because right now it sure looks to me like only Divine intervention can protect the world from this demonic harpy and her coterie of Neocons from occupying the White House next year.

Tonight, listening to this catastrophe I found myself thinking that if Trump could not stop Hillary, Putin would have to, and that this would be very, very dangerous for the entire planet.

God help us all!

PS: my wife just made a good comment: “she comes off as very polished, he comes out as unsophisticated and natural“.  True.  Will that be enough?  I don’t know.

Previous: Indian Vice President Visits Pres. Buhari At The Statehouse
Next: What I’m Going To Miss About Oke-ode And ICS – Oyibo Girl Opens Up