Don't Miss
Home / News From Nigeria / World News / US Department Of State Is Butthurt By SouthFront Work, Once Again 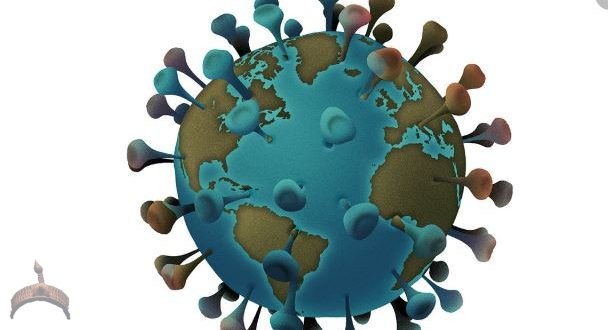 Posted by: BalogunAdesina in World News Comments Off on US Department Of State Is Butthurt By SouthFront Work, Once Again

The fog of war over the censorship of SouthFront on YouTube and Facebook has cleared away. As we wrote earlier, SouthFront was attacked because of our coverage of the developing COVID-19 crisis.

The US Department of Defense accused SouthFront of spreading “disinformation”, “global mistrust and confusion”.

“So the first — and I think the most pernicious disinformation that we have to contend with is the disinformation that is sowing global — global mistrust and confusion. These are messages that are endangering global health because they’re undermining the efforts of governments, of health agencies, and of organizations that are in charge of disseminating accurate information about the virus to public, so I pulled just a few examples:

As recently as late March, which is pretty recently if you think about it, we found in Sputnik and in RT, we found articles claiming that hand-washing was ineffective. You know, we’ve seen in mid-March reporting from — there’s a website called Southfront — which is actually a Russian-backed, English language, what they call alternative news source — and in this news source there was reporting that there actually was no pandemic and that some deaths in Italy might in fact have been from the common flu,” Deputy Assistant Secretary of Defense for Russia, Ukraine and Eurasia Laura Cooper said during the press briefing on April 9.

It is interesting to note that while SouthFront provided some coverage of the COVID-19 crisis, there was only a few articles regarding the virus itself. The most popular of them is the article entitled “SARS-CoV-2 Mortality Is Distorted”, which SouthFront published on April 19. We suggest you to read the article by yourself and decide whether or no there is ‘disinformation’. By now, all the conclusions of scientists regarding the COVID-19 crisis covered in that article have been confirmed. The scientific fact is that the real mortality rate from SARS-CoV-2 is less than 1%.

Another possibility is that Ms. Cooper referred to the article entitled “Artificial Region Of Fear: Italy’s High Death Toll From COVID-19 Is A Result Of Mild Flu Season”. However, this text was published on April 1, not in mid-March. It clearly refers to the source of the covered facts. Almost the same information was reported by Bloomberg.

The articles “SARS-CoV-2 Mortality Is Distorted” and “Artificial Region Of Fear: Italy’s High Death Toll From COVID-19 Is A Result Of Mild Flu Season” include no exaggerations or unfounded hypotheses. They refer to the researches and surveys made by scientists and respectful scientific centers.

The incompetence of Ms. Cooper and her contemptuous disregard of the audience raise eyebrows. She both lies and tries to distort real facts. On the other hand, SouthFront Team is glad to see that our work causes a butthurt of various incompetent officials, including the US and Russian ones. Such persons have no moral or juridical right to get their salaries from taxpayers’ money.

SouthFront asks the US Department of State to take a closer look at the facts provided by our team, including the articles “SARS-CoV-2 Mortality Is Distorted”, “Artificial Region Of Fear: Italy’s High Death Toll From COVID-19 Is A Result Of Mild Flu Season” and draw own conclusions about the competence of Ms. Cooper.

We hope that YouTube Team includes more competent and scrupulous people that would not allow themselves to be roughly manipulated.

And the last but not least, SouthFront wants to say a Big Thank You to our audience for its constant support of our work.

Previous: Trump Orders Investigation Into George Floyd’s Killing
Next: Who Rules the World and How?