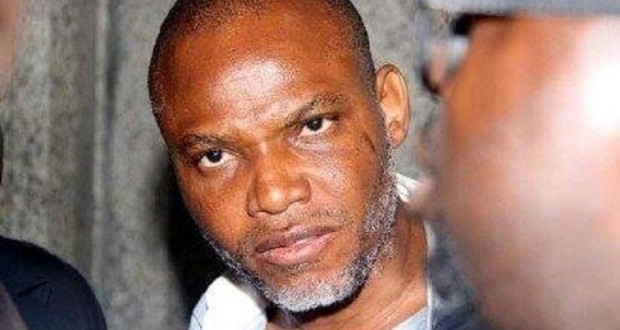 As a matter of fact and based on past scenes on how “foreign backed revolutions” are being sponsored and orchestrated, I think the Ex-APGA should be arrested for questioning. He knows a lot about this terrorist called Nnamdi. ( Yes he’s a terrorist since I watched the video he went to America to ask for money to buy munitions to kill Nigerians en-mass) The truth is, I did not fall for that trick one bit. What he did was just for pure propaganda purposes to mask the real sponsors of the Biafran ideology which is AngloZionist Empire, if you missed the Video see it bellow.

Back to the Ex-APGA Chair, he’s co-sponsor. I know their tricks. Nnamdi’s job was to start the up-raising. Which would never end in the first place. Releasing him would mean just one thing.. “Weakness” and the outcome would still lead to Boko haram anyway because the anglozionist empire does not want any fair trial.

They are bullies and their interest come first. Nnamdi is just a scape-goat being used to front for them. Ask Nnamdi one question. Since he was born, can he mention one or two things he has done to any community in SE ?? The same wise question the only wise man in the video above asked him. Now that tells you that the people really does not matter to them.

There interest (the Anglozionist empire) comes first and that is invade, divide, rule ((via installing permament Puppet) ) and conquer strategy. Lets hope it will never be like Syria.

The views expressed in this article are solely those of the author and do not necessarily reflect the official position of Ooduarere.

See the report from the  Ex-APGA Chair after the page break. 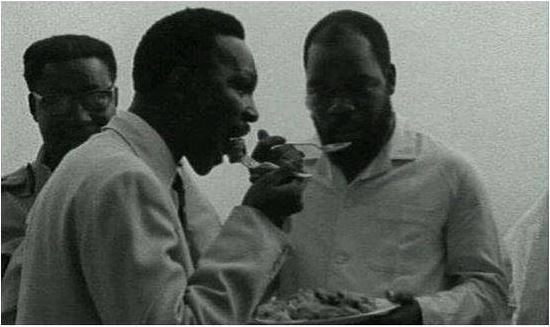 Back in the day Photo of Ojukwu & Gowon Eating Together At Aburu, ghana 1967 – Photo

Gowon and Ojukwu sharing a meal at Aburu,Ghana. While Ghana’s head of state Joe Ankrah watches.Jan 1967 , Hope the History can Justify the Future.