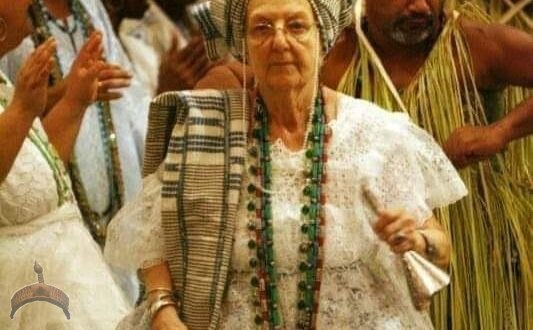 Posted by: ayangalu in Breaking News, Culture Comments Off on Candomble: Pure truth without any form of sugarcoating!

Between the 16th to 19th centuries, West and Central African descents, the majority of them from Yoruba, Bantu, and Fon ethnic groups were transported to Brazil during the Atlantic slave trade.

Each of these ethnic groups carried along with them their traditional religious beliefs. They had their cultural understanding of the so-called supreme being. The Yorubas believed that Olodumare (the supreme being) sent orishas to Aiye (earth) to act as a guide to all humanity. This supreme being is called (Nzambi) by the Bantus, and (Nana Buluku) by the Fon people.

Many slave owners and the Catholic church saw the economic benefit of converting the enslaved Africans to Christianity. They believed that it will create a flock mentality, quell any potential rebellion, and induce perpetual submissiveness. So they forcefully converted all the slaves to Christianity and forced them to remain Christians.

The church succeeded in some cases, but some of the enslaved people were determined to continue their Ancestral religious beliefs. To avoid violent punishment from the state and the church, they publicly practiced Christianity but secretly prayed to their own traditional God, and eulogized their Ancestors.

In many cases, to avoid being noticed, they concealed sacred symbols of their deities within the figures of the catholic saints. For instance, the Orisha Oxum(Latin America) or Osun(Yoruba) was conflated with catholic’s our lady of immaculate conception. These infusions and syncretism birthed a religion called Candomble.

The word Candomble means “dance in the honor of the Gods.” The religion is polytheistic, followers worship several deities such as the Orishas from Yoruba roots, Voduns of the Fon, and Nkisis of the Bantu. All of these deities are believed to be created by the supreme being (Olodumare), and they are a link between our world and the spiritual realm.

Like the traditional Yoruba religion, Candomble doesn’t have the duality of heaven and hell. It teaches that any evil a person causes to others will eventually return to hunt them. This guides the moral conduct of its followers.

Today, more than two million people follow the Candomble religion, with the majority of its followers from Brazil and others from Paraguay, Argentina, Venezuela, and Uruguay. Most of its followers dress like the Yorubas, they even take up one Yoruba name, just the way followers of Islam have Arabic names, and Christians have English or Biblical names.

This is a classical example of how humans create, adopt, and reform religions. The only difference is that Africans didn’t go around the world with Guns and swords to enforce their beliefs on others like Christianity and Islam progenitors.

Candomble was created in a bid to preserve culture, and also a means to organize, plan a rebellion against enslavers. The direct opposite happened in Africa. Abrahamic religions were used to bend Africans into submission, and till today, our brains are still in a coma, we are yet to understand the politics of religion.

Ile Ife is considered the most sacred place in the Yoruba cosmology. It is to the followers of the Yoruba traditional religion what Mecca and Isreal are to Muslims and Christians.

Considering how Candomble, which has African roots is spreading in South America, think about the millions of religious tourists Ile-Ife could attract annually if well packaged and developed. That means more jobs, more investments, more infrastructures, more recognition, more power and respect etc. But how can this ever happen when even the Ooni of Ife prays in the name of Jesus? The other day I saw the Oni of Ife singing and shouting that “Jesus is my father”.

Religion is a battle of cultural supremacy, and we as Africans have lost the battle totally.

My opinion:
Whoever wrote this deserve some accolades. This is the pure truth without any form of sugarcoating anything.

Lucumi came into existence simply to preserve what they used to believe then here and also to promote unity and co-operation among one another. Lucumi is coined out of the Yoruba word Olùkù mi meaning my friend/companion/partner.

Previous: Ilé tútù
Next: Nollywood: A post from Bala Dihis.. 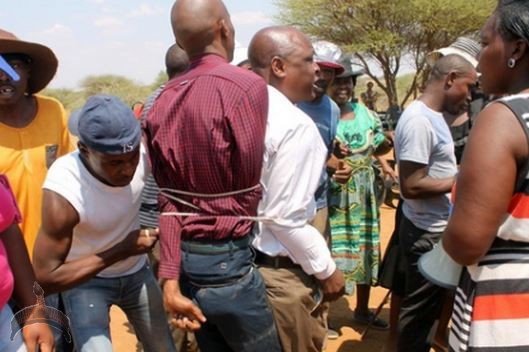