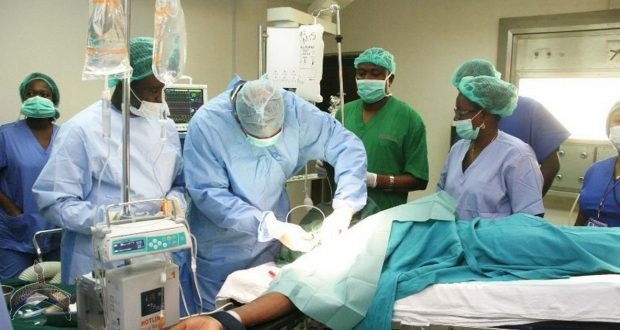 Posted by: Lolade in Health, Metro life Comments Off on 58 Nigerian Doctors Stopped At Lagos Airport, Were Promised Millions By UK Firm

The 58 Nigerian doctors who were prevented by the Nigeria Immigration Service from boarding a plane to the United Kingdom were expected to earn between £51,384 (N25.1m) and £98,112 (N47.9m) per year depending on the experience they have.

This is apart from the special allowances and other perks such as free meals they were expected to get on the job.

This is according to the advertorial by NES Health Care, a UK-based firm that helps over 150 private hospitals to recruit doctors from all over the world.

The advertorial reads in part, “Are you a doctor with ICU (Intensive Care Unit) and anaesthesia experience, looking for a better work/life balance? At NES Healthcare we can offer you this with one of our ICU RMO positions.

“You will be working in a private Hospital group, and we have various locations around the UK. The rotation is one week on duty then one week off + accommodation and meals are provided free of charge during your on duty week.

“To apply you will need a minimum of three years post-graduate experience and have 18+ months of ICU and Anaesthesia experience. Salary is from £51,384 to £98,112 dependent on experience. Contract is for a minimum of one year. You will need to hold full GMC Registration with a licence to practice, or be eligible to apply.”

The firm states that its aim is to successfully address the acute shortage of doctors in the UK and to do so in a way that simultaneously reduces overall expenditure.

The PUNCH learnt that hundreds of Nigerian doctors had applied for the jobs advertised by NES Health Care as far back as January. They had written the exams and were interviewed via Skype.

Many of them had also been offered employment in the UK and had processed their necessary documents through the Medical and Dental Council of Nigeria and obtained security clearance from the Nigeria Police Force attesting to the fact that they had no criminal record.

However, the last step to their emigration which was obtaining a UK visa, was not achieved because the UK High Commission in Nigeria had remained closed since April due to the Covid-19 pandemic.

The PUNCH learnt that in mid-June, the recruiting firm sent an email to the doctors, informing them that they had received approval from the UK government to fly them to England after which they would be issued visas on arrival.

The doctors were also asked to pay £500 (N244, 500) to secure a seat on a chartered aeroplane that would fly from the UK to convey them from the Murtala Muhammed International Airport, Lagos, because Nigeria had not yet lifted the ban on flights due to the Covid-19 pandemic.

The email which was sighted by The PUNCH read in part, “I am the recruitment director with NES Healthcare and I would like to inform you of an important update. As you are aware, the TSL Contact Visa Centres in Nigeria are currently closed and there is no guidance when they will be re-opening.

“In addition, we are aware that there are no immediate plans to re-open Nigerian airspace to international/commercial flights.

“We are also planning to arrange a private charter flight to the UK leaving from Nigeria… The cost of the flight will be heavily subsidised by NES Healthcare so we will only ask for a contribution of £500 towards this.”

It was learnt that after the necessary payments had been made by about 58 of the doctors, they made their way to the MMIA but were stopped from travelling by the NIS.

The NIS Spokesman, Sunday James, said in a statement on Friday that the doctors claimed to be going for training but had no visas.

The statement read in part, “The 58 medical doctors were refused departure in line with Section 31 subsection 2a and b, of Act 2015. The chartered flight approved for landing in Nigeria was to carry 42 medical doctors for a training program but they were 58 with only two having visas for entry into the UK, a situation that calls for refusal of departure.”

Nigeria has witnessed the exit of hundreds of doctors in recent years due to the poor salaries they earn which is usually between N80,000 ($206) and N150,000 ($387) per month for doctors with less than three years experience working in public hospitals. 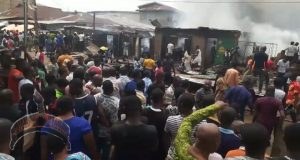 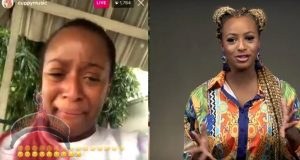 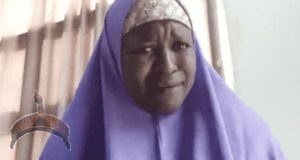 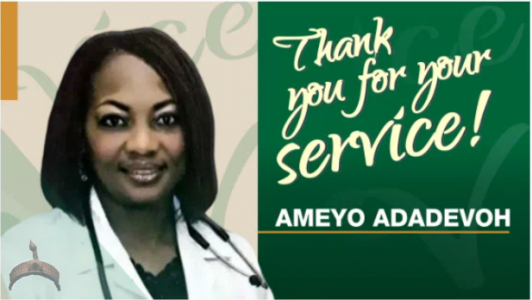 Sunday, October 27th, would have been Dr. Ameyo Stella Adadevoh’s 63rd birthday. She died on August 19, 2014, from the Ebola virus while she saved the nation from what would have been a disastrous epidemic! Join us in #RememberingAmeyo in a Thanksgiving Service & Candlelight Procession. First Baptist Church, Port Harcourt Crescent, off Ahmadu Bello Way, off Gimbiya Street, Area 11, Garki, Abuja Sunday, October 27, 2019 | 7-9am Sign the petition asking the President and the National Assembly to ...