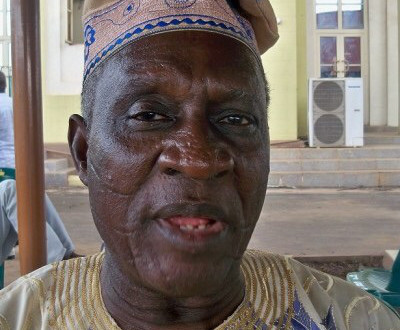 Posted by: admin in Metro life, Religion Comments Off on Yoruba tradition does not affect Christianity or Islam – Retired Bishop Ayo Oladigbolu !

Culled from The News Nigeria Newspaper
Retired Bishop Ayo Oladigbolu recently spoke with Gbenro Adesina about the Yoruba tradition and culture; calling on Nigerian leaders to be servants to their people

A: There is no need for any meeting point. There has been a meeting point from the very beginning. Each one of us is a product of our culture, environment and the company we keep. My origin is traced to the palace. I was born, bred and nurtured in the palace of Oyo Alaafin. So, I have been part and parcel of culture since I was born. That culture, bred me, brought me up, fashioned me and donated me to whatever profession or vocation I later came in life to embrace. So, it has always being me and culture together. There has never been any separation. When I was a Muslim, I went to quranic school; I was part of the culture. When I became a Christian; I never departed from the culture because my culture is me.

There is no way you can separate me from my upbringing, culture, environment, parentage, neigbourhood, peers, the compound in which I grow up, and from the things I grow up cherishing. So, there is nothing spectacular about involving in culture. I encourage people to propagate their culture, to demonstrate and actualize their culture. That is just me.

Q: People believe that a staunch Christian involving in traditional things like Oranyan festival will miss heaven. Don’t you think that supporting your tradition will turn you into a pagan?

A: Many people believe that being involved in tradition and culture as a clergyman will adulterate one’s faith and I say no. People who think that way are completely mistaken because in promoting our culture, we are promoting who we are. We are promoting what we have to showcase to the world. We are promoting what makes us tick as a people and nation. That is what I had done all my life. What I am doing doesn’t involve worshipping any idol. It doesn’t involve venerating any saint or any hero to the point of making such a little god. It is purely showing what is best in Yoruba; the life in our life, dance, song, poetry, handcraft, carving, preservation of landmark. That is culture for you. I can tell you one thing, in this day of promoting tourism, if people don’t go back and promote their culture, they will end up knowing that oil revenue will dwindle, and the only thing we have for the world to come and see is what we can produce from our culture and environment. So, I am trying to help the people to value their environment, protect it and project it. We should realize that there is no mosque in Oyo that can entice white men and women to Oyo. There is no single church in Nigeria, be it Redeemed Church with its redemption camp or TREM church or the Mountain of Fire Church that can lure foreigners or tourists to Nigeria. They have better churches and mosques in their countries. But I am sure that tourists will like to come to see us in Oyo town because they want to see Oranyan and be part of the fun that goes with Oranyan. So it is good to showcase our culture.

Q: What does Oranyan or Sango symbolize to you?
A: Let us limit ourselves to Oranyan because that is what I am concerned with. I am not concerned with Sango because there is a colouration to Sango which can be confusing. Sango was Alaafin of Oyo and a child of Oranyan. Sango was so venerated because he was so powerful when he was alive. He was the first African physicist who can control the element of the sky with his Ose. As a result, people turn him into a god that is being worshipped. A lot of people still follow Sango today. I am not going to talk about Sango because there is a religious and cultural element to Sango which is not to Oranyan.

Oranyan is the progenitor of Yoruba race. He is the first Alaafin of Oyo and so, he is the father of all Alaafins. He ruled over a kingdom and empire that has produced so much and made the Yoruba nation proud. So, he deserves to be remembered, and showcased because he was a man who was mighty and powerful but gentle. He has all the resources at his disposal but was prudent. He had military power but never mistreated any prisoner of war. Such a person needs to be known by the world that heroes are not only made in Europe and America. There are many unsung African hero and we the children have to sing their songs. So, we need to sing the song of Oranyan and blow his trumpet as well as showcase him to the world.

Q: There is a place in Ile-Ife in Osun State where there is Opa Oranmiyan, the spot where it was claimed that Oranmiyan died. Is there any link with your own Oranyan?
A: It is the same Oranyan. Not only in Ile-Ife is Oranyan respected and honoured. Here in Oyo, there are two shrines to Oranyan at Ajiroba and at Agba Akin. In Pobe in Republic of Benin, there is a grotto of Oranyan. There is a street named after Oranyan in Ibadan, capital of Oyo State. He is respected in all the places he ruled over.

Q: Was Oranyan buried here?
A: Well there are several claims. People of Pobe claimed that he died in their place. They said that he just disappeared. There is a claim that he is buried in Ile-Ife. There is no quarrel over that.

Q: Does that translate to the fact that no one really knows where Oranyan was buried?
A: Well, we can’t. Earlier historians have claims here and there. The people of Pobe said that he disappeared. The people of Ife said that after he has gone to different places, he returned home and died and was buried there. The Oyo people also have their claim that he died in Ajiroba. All these claims mean that Oranyan was a spectacular and extraordinary human being God gave to us to serve humanity. He had paid his dues and deserves to be honoured.

Q: What can be learnt from Oranyan?

A: First, Oranyan was an omoluabi which means complete gentleman. He was a courageous man who conquered many places and brought them into his administration.

Q: Yoruba culture seems to be fading away to the extent that it is believed that if care is not taken, the culture will soon go into extinction. What can be done to restore it?

A: This is the reason why Oyo is championing cultural revolution and revival through our cultural festivals. Festivals have one thing, they bring about crowd. I pray that more and more of the organizers will plan educational aspect of culture to impact the young ones. For example, in Oranyan festival, we have a Yoruba quiz competition, which covered all aspect of Yoruba culture. We have essay writing in Yoruba competition which goes beyond speaking it to writing it. We are going ahead to asking the children to go into the sciences of the Yoruba. What were those things of old that they did that make the Yoruba nation imperishable, and strong as it is today? I believe that one way to revive our culture is to embrace cultural festivals.

We are calling on families to re-install our values; the value of greeting your parents, of respecting your elders, the value of giving room to others to have a chance even if it means that they are moving ahead of you, the value of giving the rights of people to them, and the value of not usurping what doesn’t belong to you. These were all the things that Oranyan laid down for us. We are deviating from all of these. Still they are recoverable. It is the parents, the community, family, and religious institutions that will help in that re-orientation and the revolution as well as the process of restoration.

Q: How can the religious bodies do that?

A: Preachers should be allowed to preach in the local languages. They should use a lot of Yoruba poetry, and proverb.

Q: How can unity be brought to the Yoruba?
A: One way to unify people is to bring them together under one umbrella probably an association. As far as organic unity is concerned, Yoruba people are united. When they have common interest they know how to pursue it. The problem of Yoruba has political undertone that are of different colours and we can’t do anything about that.

Q: what is your advice to Yoruba youths?
A: They should face their studies squarely because knowledge is power. They should study hard and become masters in their chosen fields. To the leaders, let us be humble and humane. Let us remember that we are placed in the positions of authorities to serve. So, let us be servants to the people. If we serve the people truly, they will love us and there are ways of rewarding such leaders. To the religious leaders, always tell the truth and remember this world is not the end of your journey. 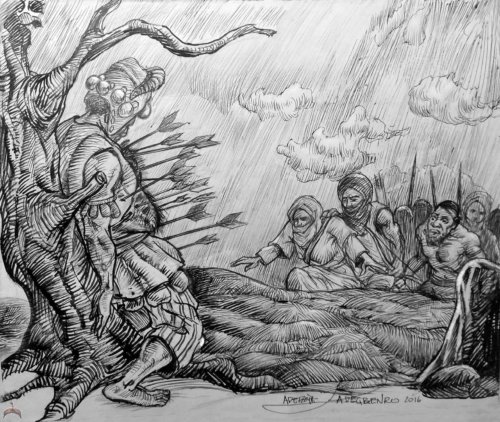