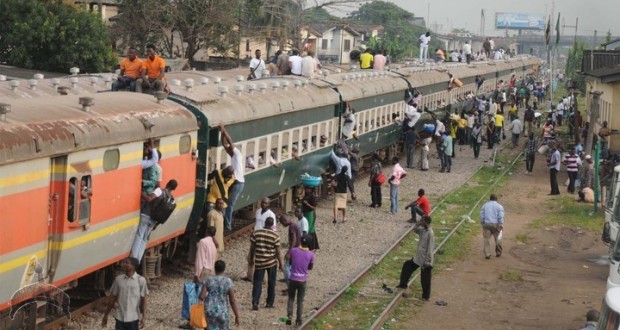 Posted by: Lolade in Breaking News Comments Off on 2 Passengers standing on rooftop killed as 2 Trains Collide In Agege, Lagos

On Sunday, August 16, 2015, two trains crashed in the Agege zone of Lagos state.

The train mishap supposedly left two travelers dead and one injured. NAN reports that the two dead travelers were hanging unlawfully by the moving train’s rooftop when the miserable occurrence happened.

While the harmed traveler is receiving treatment at a doctor’s facility, Mr Akin Osinowo, Lagos Railway District Manager (RDM) has allured on the families of the deceased to come and collect the bodies at the Federal Medical Center (FMC), Ebute-Meta.

A panel of inquiry has however been set up to get the root cause of the lamentable impact between the two trains. As per the Managing Director of the NRC, Mr Adeseyi Sijuwade, individuals from the board include Directors of Operations, Electrical, Mechanical, Signal and Intelligent Unit. 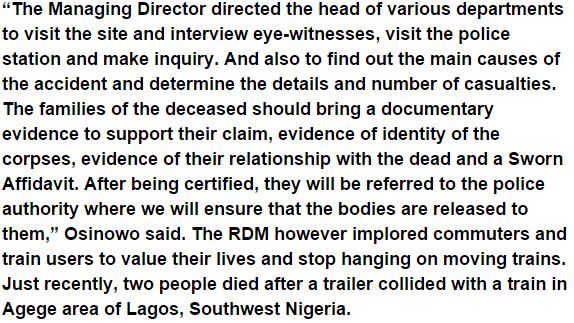 Previous: What is wrong with this Photo ? (Bovi Liquor Version)
Next: How Many Of You Did This when you were young? 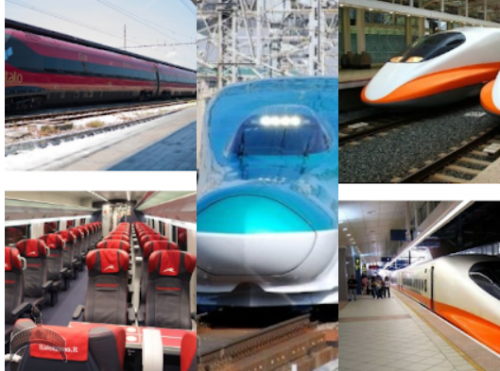 It’s true that trains can’t fly over oceans like airplanes. But that doesn’t mean trains can’t run as fast as planes. Fortunately, some trains in this modern world are as fast as planes. Will there be any in Naija or Africa? A nation needs to have alternative way of transportation apart from road, as it is incorrect in Africa. In the current world, people, goods and services must be moved as fast as possible. That’s why Ooduarere compiled a set ...