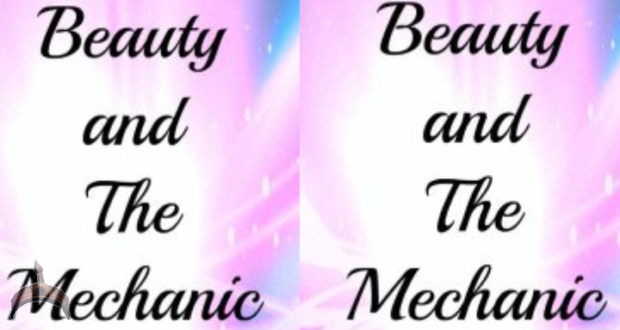 Edua opened the front door and allowed her fiancé into the apartment. He was almost three hours late and she had already given up hope of seeing him that night. She had gotten out of her outing clothes an hour and half ago and changed into an oversized short-sleeve white tee-shirt and a pair of fitted navy blue shorts. When the doorbell rang, she thought it was her neighbor or someone from the Estate, but had been shocked when she found her fiancé at her doorstep.

“Do you have any food in this house?” he marched into the flat and settled on the two settee.

He breathed out loudly, feeling completely spent and drained. He wanted to return home after visiting his parents, but, changed his mind. Even if he might have to postpone their outing, he still wanted to see the love of his life that night.

“Yes, I have melon soup and there is garri, semovita and wheat,” she noticed the tired look on his face. He looked as if the weight of the whole world was on his shoulders.

“Please make me garri, fast please, I am famished,” he picked up the remote of the television set on the center table and began to scroll through the channels on the DSTV bouquet. He needed to distract his mind from the unpleasant thoughts that submerged him.

Edua wanted to ask him if everything was fine on his end, but, decided to make his food first before bombarding him with her apprehensive questions.

“Okay, dinner is coming up,” she glanced at the wall clock. It was forty-eight minutes past nine. She walked briskly towards the kitchen, glanced back at him and observed that he was engrossed in the CNN channel.

She marched into the kitchen, opened the fridge and brought out the soup container. She hurried to the table top gas cooker, switched it on and reached out for one of the pots hanging above the sink. In less than fifteen minutes, a heap of hot steaming garri was ready in a plate beside a bowl of melon soup garnished with dried fish, pomo and goat meat. She carried the tray of food into the sitting room and placed it on the center table.

Edet drew the table closer and dived into the meal without washing his hands. His fiancée opened her mouth in surprise, then closed it, making up her mind not to say anything.

Her fiancé was acting weird by the minute, but she concluded that he was probably very hungry. She went back to the kitchen and returned with a bottle of water, a glass cup and a small basin of water. She placed the cup and the basin on the table, opened the bottle and filled the glass cup with water. She positioned the bottle beside the cup and took a seat beside him.

Edet ate all the food without leaving any leftover. He drained the glass cup, refilled it and gulped down the water again. He washed his hands, sighed heavily and leaned against the chair. He could feel her intent gaze boring a hole in his face. He turned his head and met her curious stare.

“The food was delicious,” he tried to smile, but, it didn’t reach his eyes.

“Thank you,” she tried to smile too, but, couldn’t. She was beginning to perceive that something was up. Her fiancé wasn’t his normal self that day.

“I am sorry I came late. I had to see my parents…” he cleared his throat.

She nodded, “You told me. Is everything okay?”

“They are fine. Everybody is just fine,” he fell silent and returned his attention to the television set.

She watched him closely and noted the sad look in his eyes. Her heart missed a beat. She became more than sure that something was going on and she wished he would just open up to her.

“Edet…” she moved closer to him.

He glanced at her and saw the agitation in her light brown eyes. He breathed out loudly and took her by the hand. He made up his mind to tell her everything that was bothering him.

“One of my brothers’ colleague at the factory they worked saw your picture on their phones and he recognized you.”

“He claimed that he saw you at a party he took his uncle to. He said you were dancing with most of the men and …” his throat went dry, he averted her inquisitive eyes and swallowed hard. “… and he saw you go into one of the hotel rooms. He said his uncle and several other men visited you in that room,” his pale gaze returned to her shocked ones.

Her lips began to tremble as she tried to speak, but, no words came out. She had attended so many of those kinds of parties with her mother in the past. She couldn’t remember the one his brothers’ colleague was talking about.

“My brothers are livid and my parents want me to cancel the wedding,” he kept staring at her.

She dropped her head and pressed her lips together as the unshed tears in her eyes stung her. When will her past life stop disrupting her future? She couldn’t imagine how the Udemes felt that night, but, she was sure that they don’t want anything to do with her again. They were not the only family who had rejected her. What was she going to tell her grandparents? They were already preparing for the wedding. Her paternal grandfather’s brother was already asking for details about the introduction, traditional wedding and the church wedding. What was she going to tell him? She pulled her hand away from his grip and placed it on her head. Was this the end of her relationship with Edet? Was their wedding truly cancelled? She thought she had found the man that accepted her past, present and future, but, now, everything looked bleak.

She raised her head and looked back at him.

“No one is going to stop me from getting married to you,” the assurance in his eyes melted her heart.

Her eyes widened in surprise. She thought he was going to yield to the decision of his parents.

“I love you and I am going to spend the rest of my life with you, come rain, come shine, till death do us part,” his intent gaze remained on her face.

She blinked and allowed the tears to flow freely. Joy flooded her entire being, from the crown of her head, to the soles of her feet. She could hardly believe what he was saying.

“Your mum isn’t going to be at our wedding, my parents and brothers too. It doesn’t matter. I will speak to some of my relatives. I believe I can find someone who will be willing to represent my parents,” he wiped her wet face with the back of his hand.

“Hey, it isn’t your fault. Life happens to everyone,” he drew her close and placed a hand around her shoulder.

She leaned into him and rested her head on his chest, comforted by his words and certain that everything was going to work out for their good.

“My parents and siblings are just concerned for me. They love me and want the best for me, but, I decide who I marry. I decide who I want to spend the rest of my life with. My mind is made up and no one can change it,” he stated as a matter of fact.

She breathed out loudly and began to pray within. She asked God to soften the hearts of every member of his family and make them see her for who she was now, and not through the mirror of her ugly past.

“It is going to be all right,” he sighed heavily, physically and emotional exhausted.

“Everything is going to work out for our good,” she chimed in with confidence.

He felt the vibration of his phone in his pocket. He pulled it out and noticed that the caller was his father. He thought of cutting the call. He didn’t want to argue with the man again.

She glanced up at him, heart beat accelerating.

“Give me a moment,” he got up and walked into the kitchen.

Edua wrapped her arms around herself and began to pray quietly.

Edet picked the call and leaned against the refrigerator in the kitchen.

“Your mother and I have talked at length about this situation. We even called our Pastor and he contributed his own advice.”

Edet groaned and placed a hand on his forehead. He didn’t like the fact that his parents had reported him to their pastor. Who else were they going to call? It didn’t matter. No one had the power to change his mind.

“We have sat down with your brothers and we all concluded that it is your life. You can do whatever you want with it, but, remember that we all warned you.”

He sighed with relief, closed his eyes, thanking God for settling the disagreement he had with his family promptly.

“We are not happy about your headstrong decision to marry this girl, but, we won’t stand in your way either.”

“As a family, we will give you all the necessary support you need.”

“I pray that God will strengthen you and give you the wisdom you need as you embark on this journey.”

“This is another phase in your life young man. Marriage is not child’s play.”

“It’s okay. May God continually be with you. Have a good night.”

“Eh! Thank you Jesus!” Edet fell on his knees and began to praise and worship his God.

Edua hurried into the kitchen, hoping that he was okay. She heard him shouting and thought he was arguing with someone on the phone, but, found him on his knees in her kitchen praising God.

He turned around and saw her standing by the doorway looking concerned.

“God is indeed faithful,” he smiled at her. “My dad, my mum, everybody has consented. They are going to support us,” he beamed.

She placed a hand over her mouth in shock.

“I don’t know how God did it, but, this is fast. This is an instantaneous miracle,” happy tears gathered in his eyes.

She walked up to him and went down on her knees, unable to say a word and overwhelmed with gratitude.

“We are getting married baby,” he drew her into his arms.

She chuckled and placed both hands around his neck, soothed by his embrace.

“Oh God… you are just too much,” Edet looked up at the ceiling.

Edua pressed her lips together and thanked God in her heart for answered prayers. She had no idea that he was going to sort everything out so quickly. She was happy and excited. God had indeed touched the hearts of her in-laws-to-be. 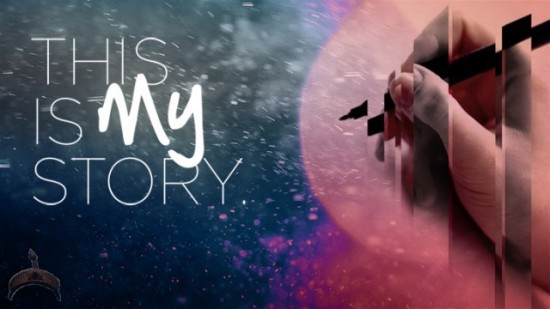