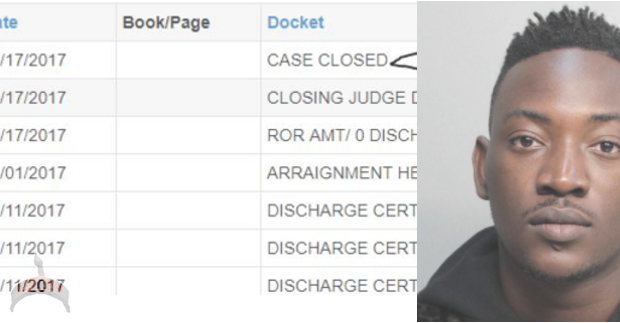 Posted by: Lolade in Breaking News, The Buzz Central Comments Off on Dammy Krane cleared by U.S court over Alleged Credit Card Fraud !

Dammy krane has been cleared of charges filed against him in Miami. In accordance with Davido who shared tidbits of the case on his social media profile, the singer, who appeared today before a court in Miami, was cleared of all of the charges filed against him. The Miami-Dade County Criminal Justice Online System, also revealed he appeared for his trial at 9:15am today at the Justice Building, Room 4-3 with Courtney Erik as his defense attorney and Migiel De La O the judge and following the hearing, he was discharged and the case was officially closed.

Dammy Krane was arrested and booked on June 2, 2017 for theft, credit card and identity fraud in Miami. He was released a few days after he pleaded not guilty to the charges and met his bail condition that was set at $7,500. 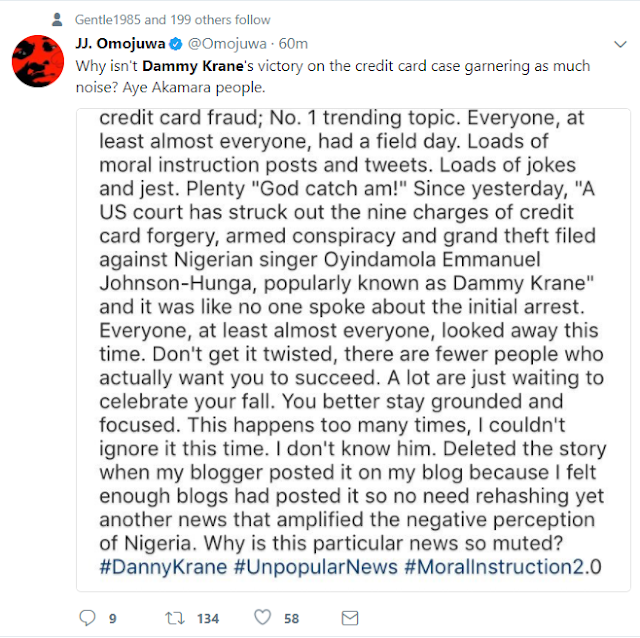 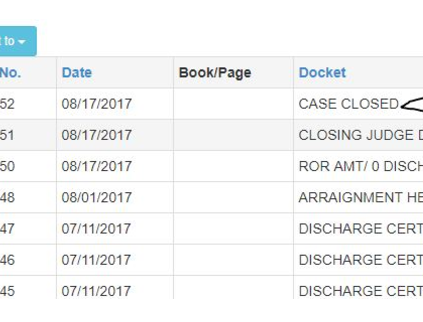 Previous: The Neocons are pushing the USA and the rest of the world towards a dangerous crisis
Next: New Music Video: Olamide – Wo!!

The mother of Nigerian singer, Dammy Krane, who has been accused of allegedly stealing credit card from the United state has released a statement regarding the accusations on her behalf son.  The mother who’s dreaming about a confident outcome of the case informed everyone that there is a huge misunderstanding as Dammy Krane had no idea what happened since the “show promoter” had purchased his flight tickets and hotel bookings stating that “hell broke loose” on the problem because Dammy Krane is ...