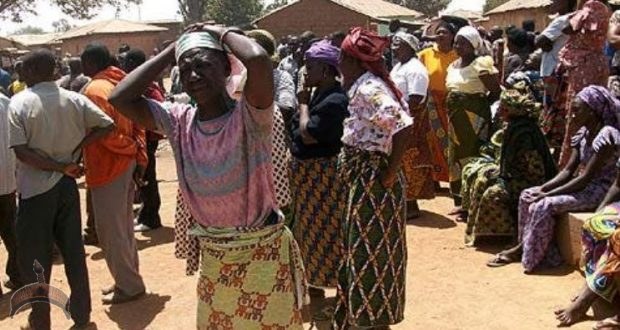 Posted by: AbubakarMuhd in Local News Comments Off on Incessant Killings: Northern Groups To Protest In Katsina

The Coalition of Northern Groups(CNG) has said it would commence protests against incessant killings in the north to demand urgent action  from the Federal Government.

It also said the protests which would kick off in Katsina tomorrow, would hold simultaneously across the 19 northern state capitals on June 20, 2020.

A statement by the group’s spokesperson, Abdul-Azeez Sulaiman, accused President Muhammadu Buhari of failing to protect the north.

The statement reads:”Over the last three weeks,  the escalation of killings and destruction in most northern Nigerian states had accentuated regionwide tensions and ultimately placed the current administration of President Muhammadu Buhari on the wrong side of public opinion and history.

The rise in the spate of violence and bloodshed in Katsina, Borno, Taraba, Sokoto, Kaduna, Zamfara and several other northern communities has become a major trying point for everyone but the President who has remained detached from the reality.

The sixth sense required for recognizing the urgency of the situation appears to have deserted President Buhari, putting him on a different wavelength with the suffering public.

As a result, at this time of national reckoning, the entire administration seems  out of tune with much, if not all, of the rest of the Nigerian population, necessitating a general opinion shift so fast and deeply.

The consequences of the events of the last few weeks have therefore grown politically, economically, and socially too great to be ignored by any genuine northern stakeholder.

“The administration’s various attempts to reassert public confidence with repeated rhetoric of being on top of the situation, seems increasingly discordant as the violent attacks, killings, kidnaps and looting become more regular with calls to protest becoming overwhelmingly loud and widespread.

Moved by the urgency of these public agitations for citizen action, the CNG has accepted to champion phased regionwide peaceful protests to identify with the estranged northern population and to register the mounting public safety concerns with the authorities.

There is today a justifiably growing consensus that by any standard of judgement, the leadership of President Muhammadu Buhari has failed the nation and in particular, the North, in the vital area of improving security and public safety.

The CNG is thoroughly convinced that the northern population must rise to raise its voice and organize through all legitimate means including peaceful protests to:

Demand that the administration addresses major failings in its perception of the desperate situation in the North and its response to the people’s demands for their rights to security.

“Demand a total overhaul of the leadership of the nation’s security and public safety agencies, and the injection of higher levels of competence, integrity and accountability in the manner these agencies deal with the current security challenges in the North.

In line with the current expediencies dictated by the COVID-19 prevention protocols, the protests:

Shall kick off on Tuesday 16 June, 2020 from Katsina state being the hotbed of banditry in the region.Shall hold simultaneously in  the capitals of all the remaining states of the North as from Saturday, June 20th, 2020.

Shall take the form of a controlled gathering at the palaces of respective heads of the traditional institutions or Houses of Assembly in the states as circumstances may permit to submit written letters of complaint for onward transmission to higher authorities.

Shall not in anyway involve mass street processions, pathway obstructions, denigration or tampering with symbols and or structures.

“Shall however require any citizen of a state who feels obliged, to voluntarily stick green leaves on their vehicles or places of business in solidarity as they go about their peaceful normal routines.

Recognized participants shall be required to observe public health instructions by wearing facemasks in addition to a blue cloth wrist bands for identification and avoidance of undue infiltration.

“The progress, impact and government response to this first phase shall be monitored and carefully assessed before deciding on the next line of action.

For the avoidance of doubt, the CNG stresses here that the protests are absolutely meant to peaceful exercise of citizens’ constitutional rights, to draw attention of President Buhari and all levels of authority to the plight of people of the North.

We urge all participants other sympathizers to conduct themselves in a peaceful and responsible manner throughout.We also urge governments and security outfits to respect the constitutional rights of citizens to express their opinions peacefully.” 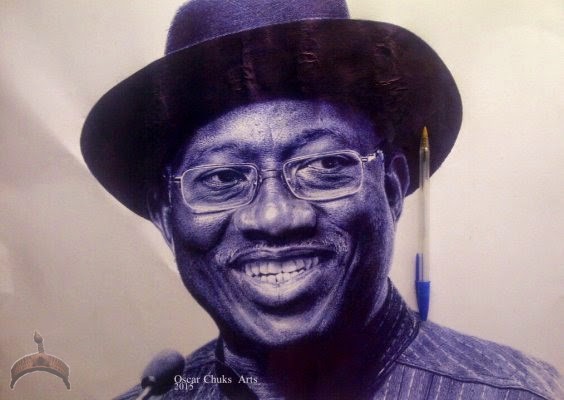 By Dirisu Yakubu – Abuja Nigeria’s immediate past President, Dr. Goodluck Ebele Jonathan has been appointed by the Economic Community of West African States, ECOWAS, as a special envoy to lead the sub-regional body’s mediation mission in Mali This was made known in a statement issued by his media adviser, Ikechukwu Eze on Tuesday. As a special envoy, the former President is expected to facilitate dialogue “with all principal stakeholders in Mali, including President Ibrahim Boubacar Keita, opposition leaders, civil ...