No less than 5 individuals were wounded when armed gangsters assaulted inhabitants of Moshalashi & Salawu Onikoyi lanes at Ifako-Gbagada area of Lagos. It was found out that the criminals, numbering around 30, raged the boulevards, starting from Barracks Bus Stop, assaulting ATM Users at UBA (Where armed men were amazingly absent), merchants & vandalizing vehicles parked on the street.

The incident saw occupants hastening for wellbeing, while the punks ransacked passers-by of their belongings and assets at gunpoint.

Occupants of Moshalashi and Salawu Onikoyi avenues at Ifako-Gbagada territory of Lagos State are speaking to the police to save them from perpetual badgering and assaults by criminals.

They claimed that the gangsters regularly attacked their streets from Oworonshoki, the forts of cultists. The policemen from Ifako Division dependably show up after ruin has been wrecked the inhabitants need consistent police vicinity to eter the gangsters from further assaults on them, particularly as the criminals constantly organized a return after the police had left.

Narating his ordeal in the hands of the hooligans, Mr. Idris Tola, a staff of an Energy firm, said he was assaulted as he made to drive into his home at Onasanya Street, at around 11:00pm.

Another casualty, Iya Dami, a food dealer , said the hooligans burgled her shop and took away her cook’s apron loaded with money, power generator set. 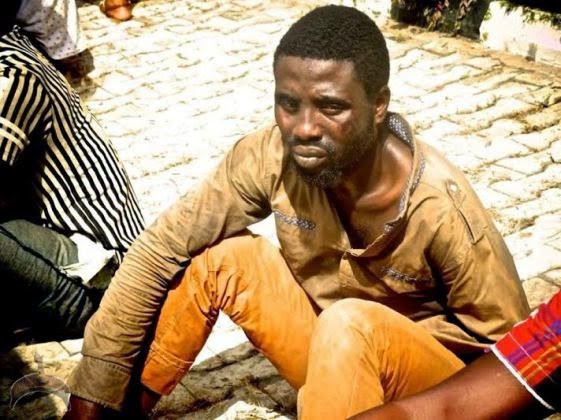 Two culprits, Banji Adedayo(40) and Tope Daramola (45) who got away jail amid the Ekiti-state escape in December 2014 have been re-captured by the Ondo state police command for armed robbery. Parading the men with other offenders before newsmen today, the Ondo state police Commissioner, Isaac Eke, said the suspects, subsequent to getting away from jail, joined a five men outfitted burglary gang that have been threatening Akure since March this year. They were captured after they victimized one Mr. Remidayo Komolafe of his ...