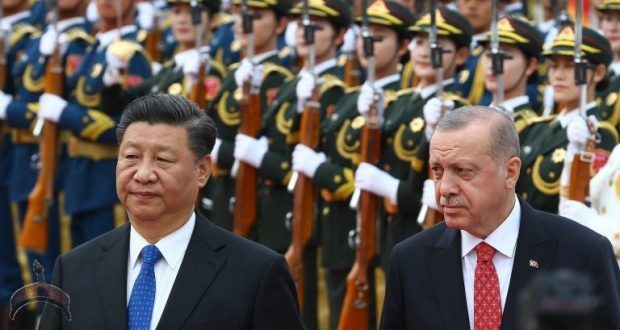 Sultan shines in the court of the Dragon King

Posted by: BalogunAdesina in World News Comments Off on Sultan shines in the court of the Dragon King

by Pepe Escobar : Posted with permission
The graphic image of Turkey pivoting away from NATO towards the Russia-China strategic partnership was provided, in more ways than one, by Turkish President Tayyip Erdogan visiting Chinese President Xi Jinping in Beijing right after the G20 in Osaka.
Turkey is a key hub in the emerging New Silk Roads, or Belt and Road Initiative. Erdogan is a master at selling Turkey as the ultimate East-West crossroads. He has also expressed much interest in joining the Shanghai Cooperation Organization (SCO), led by Russia-China, whose annual summit took place in Bishkek a few days before Osaka.
In parallel, against hell and high water – from threats of sanctions by the US Congress to NATO warnings – Erdogan never budged from Ankara’s decision to buy Russian S-400 defense missile systems, a $2.5-billion contract according to Rostec’s Sergei Chemezov.
The S-400s start to be shipped to Turkey as early as this week. According to Turkish Minister of Defense Hulusi Akar, their deployment should start by October. Much to Washington’s ire, Turkey is the first NATO member state to buy S-400s.
Xi, as he welcomed Erdogan in Beijing, stressed the message he crafted together with Putin in their previous meetings in St Petersburg, Bishkek and Osaka: China and Turkey should “uphold a multilateral world order with the United Nations at its core, a system based on international law.”
Erdogan, for his part, turned up the charm – from publishing an op-ed in the Global Times extolling a common vision of the future to laying it out in some detail. His target is to consolidate Chinese investment in multiple areas in Turkey, directly or indirectly related to Belt and Road.

Addressing the extremely sensitive Uighur dossier head on, Erdogan deftly executed a pirouette. He eschewed accusations from his own Foreign Ministry that “torture and political brainwashing” were practiced in Uighur detention camps and would rather comment that Uighurs “live happily” in China. “It is a fact that the peoples of China’s Xinjiang region live happily in China’s development and prosperity. Turkey does not permit any person to incite disharmony in the Turkey-China relationship.”

This is even more startling considering that Erdogan himself, in the past decade, had accused Beijing of genocide. And in a famous 2015 case, hundreds of Uighurs about to be deported from Thailand back to China ended up, after much fanfare, being resettled in Turkey.

Erdogan seems to have finally realized that the New Silk Roads are the 2.0 digital version of the Ancient Silk Roads whose caravans linked the Middle Kingdom, via trade, to multiple lands of Islam – from Indonesia to Turkey and from Iran to Pakistan.

Before the 16th century, the main line of communication across Eurasia was not maritime, but the chain of steppes and deserts from Sahara to Mongolia, as Arnold Toynbee wonderfully observed. Walking the line we would find merchants, missionaries, travelers, scholars, all the way to Turko-Mongols from Central Asia migrating to the Middle East and the Mediterranean. They all formed the stuff of interconnection and cultural exchange between Europe and Asia – way beyond geographical discontinuity.

A new Turkey-Iran-Qatar geopolitical and economic axis is slowly but surely evolving in Southwest Asia, ever more linked to Russia-China. The thrust is Eurasia integration, visible for instance via a frenzy of railroad building designed to link the New Silk Roads, and the Russia-Iran transportation corridor, to the Eastern Mediterranean and the Red Sea and, eastwards, the Iran-Pakistan corridor to the China-Pakistan Economic Corridor, one of Belt and Road’s highlights.

This is all being supported by interlocking transportation cooperation agreements involving Turkey-Iran-Qatar and Iran-Iraq-Syria.

The end result not only consolidates Iran as a key Belt and Road connectivity hub and China’s strategic partner, but also by contiguity Turkey – the bridge to Europe.

As Xinjiang is the key hub in Western China connecting to multiple Belt and Road corridors, Erdogan had to find a middle ground – in the process minimizing, to a great extent, waves of disinformation and Western-peddled Sinophobia. Applying Xi Jinping thought, one would say Erdogan opted for privileging cultural understanding and people-to-people exchanges over an ideological battle.

In conjunction with his success at the court of the Dragon King, Erdogan now feels emboldened enough to offer his services as mediator between Tehran and the Trump administration – picking up on a suggestion he made to Japanese Prime Minister Shinzo Abe at the G20.

Erdogan would not have made that offer if it had not been discussed previously with Russia and China – which, crucially, are member signatories of the Iran nuclear deal, or Joint Comprehensive Plan Of Action (JCPOA).

It’s easy to see how Russia and China should consider Turkey the perfect mediator: a neighbor of Iran, the proverbial bridge between East and West, and a NATO member. Turkey is certainly much more representative than the EU-3 (France, UK, Germany).

Trump seems to want – or at least gives the impression of imposing – a JCPOA 2.0, without an Obama signature. The Russia-China partnership could easily call his bluff, after clearing it with Tehran, by offering a new negotiating table including Turkey. Even if the ineffective – in every sense – EU-3 remained, there would be real counterbalance in the form of Russia, China and Turkey.

Out of all these important moves in the geopolitical chessboard, one motivation stands out among top players: Eurasian integration cannot significantly progress without challenging the Trumpian sanction obsession. 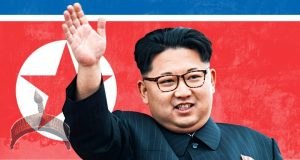 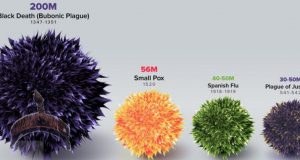 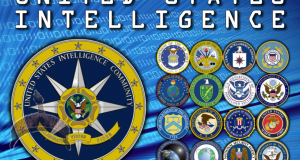 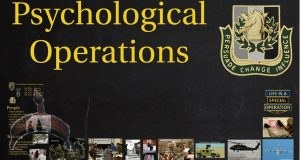 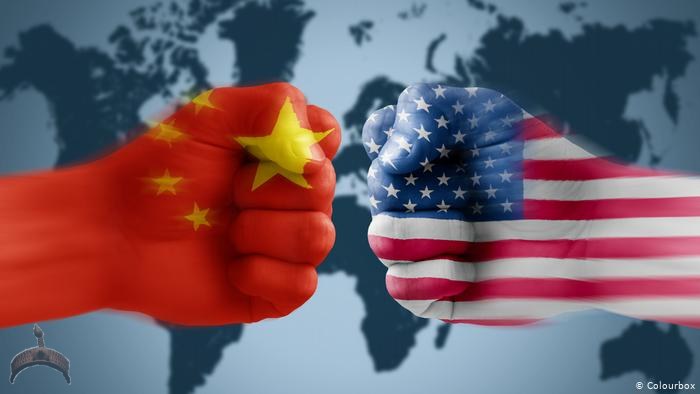 by Eric Zuesse for Ooduarere via The Saker Blog According to Gallup’s samplings and calculations, the actual number of Americans who had the Coronovirus-19 infection on April 3rd was certainly not the 239,279 which was reported, but instead was probably at least 730,000. However, three neoconservatives — such as Matthew Pottinger, the top advisor to U.S. President Donald Trump regarding China policy — fed to the neoconservative Michael Bloomberg’s neoconservative Bloomberg News the headline story on April 1st that “China Concealed Extent of Virus ...