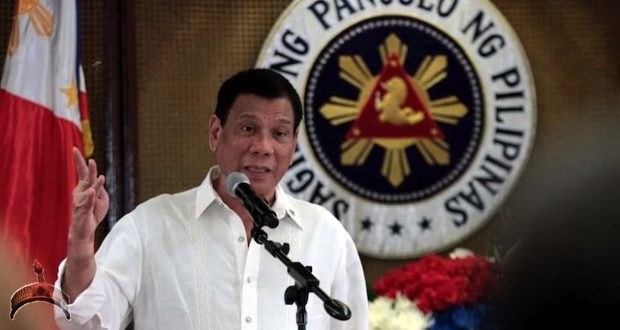 Posted by: BalogunAdesina in World News Comments Off on ‘Wait for My Signal’: Philippines’ Duterte Reportedly Says ‘Rich, Crazy’ People Should Be ‘Killed’

Philippine President Rodrigo Duterte, who is known for making bold and controversial statements, has this time lashed out against some of the country’s business tycoons, who, according to him, do not deserve to live.

President Rodrigo Duterte is never at a loss for words when it comes to snubbing the Philippines’ wealthiest businessmen, as he recently suggested that some “rich” and “crazy” people in the country “should be killed”, while also indirectly referring to his supporters as “stupid”.

“There are rich people in the Philippines who are crazy. They are the ones we should kill. Just wait for my signal. Behind a killing is a leader, especially if his followers are stupid and would just fire whenever they are told to”, the president said on Thursday during a speech in San Isidro, ABS-CBN News reported.

Duterte’s remarks are believed to have been implicitly directed towards the chairmen of the country’s water concessionaires, Maynilad and Manila Water, Manuel V. Pangilinan and Fernando Zobel de Ayala respectively, whose companies have been repeatedly slammed by the president for allegedly “ripping off” the nation.

“Perhaps you don’t fully understand this but the Philippines has been fooled by the rich people in the Philippines”, Duterte continued his reprimand. “Just like Ayala, just like Pangilinan, who owns Globe and Smart. They are all thieves, those sons of b****. That’s the whole truth”.

​The president also added that he was angry at the tycoons for “violating the rights of people” by becoming millionaires for “just” distributing water.

“That is why I am angry at the rich people. But there are many rich people who are good, those who have a conscience. But these guys, they own it all. All the businesses in the Philippines. The greed in you is insatiable”, Duterte concluded.

Both Maynilad, which is owned by Pangilian’s DMCI Holdings Inc and Metro Pacific Investments Corp, and Manila Water, part of the Ayala Corporation, recently dropped claims to $212 million (P10.8 billion) in compensation that was awarded to them by a Singapore-based arbitration court in relation to apparent losses resulting from earlier non-implementation of water hikes, an award that was publicly slammed by Duterte.

The Philippine president is well known for uttering bold statements, often making headlines and prompting strong reactions for his controversial remarks. Earlier, Duterte claimed that the country’s corrupt officials could be “shot” on sight by the public and also advised women against approaching “stupid” priests who apparently cannot resist their basic human urges. Meanwhile, Duterte has never missed a chance to brag about the size of his manhood, which he recently said could be used to deal with ash from Taal Volcano. 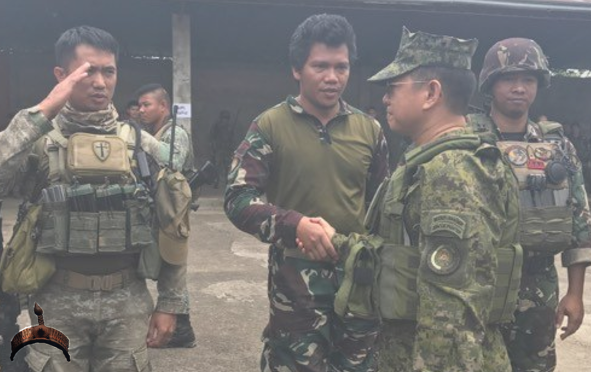 On Friday, Captain Jo-ann Petinglay, spokesperson for Marawi Joint Task Force, announced that only 0.2 square kilometer of Marawi city is still under ISIS control. “Our soldiers are still trying to clear a portion of about 20-21 hectares [0.2 square kilometer] land area in the main battle area,” Petinglay said. So far 653 ISIS fighters have been killed in the Marawi battle by the Armed Forces of the Philippines (AFP), while the AFP has lost 145 soldiers. In a related development, ...