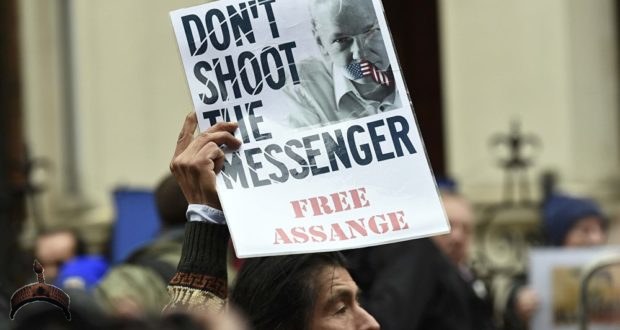 The article, published Wednesday, is titled“ How Russia Often Benefits When Julian Assange Reveals the West’s Secrets,” and expounds on a conspiracy theory currently touted by Democratic nominee Hillary Clinton that Assange is working for Russia, with which, according to recent Clinton speeches, it might be assumed the US is already at war.

“Has WikiLeaks become a laundering machine for compromising material gathered by Russian spies?” Jo Becker, Steven Erlanger and Eric Schmitt ask in the Times article. “And more broadly, what precisely is the relationship between Mr. Assange and Mr. Putin’s Kremlin?” The article was published the same day an interview between Times investigative reporter Becker and Assange was livestreamed on Facebook.

During the one-on-one, Assange warned that, should she win the White House, even the US liberal media won’t be safe from “demon” Clinton.

“The American press, the American liberal press, in falling over themselves to defend Hillary Clinton, are electing a demon that is going to put nooses around everyone’s necks as soon as she wins,” Assange said.

The controversial web-based publisher also mocked Clinton’s Russian conspiracy theories. “[It’s] that attempted reframing by Hillary Clinton, to declare media organizations that are publishing material that shows illicit behavior in the DNC to fix the election for her, as somehow being Russian agents. Her campaign has effectively called, or maybe even directly called Donald Trump, the opposition leader in this case, a Russian agent,” Assange said. “Jill Stein, the Green Party candidate, the fourth candidate effectively in terms of numbers, has also been called a Russian agent. This is neo-McCarthyist hysteria.”

Responding to the article — which clearly aimed to stoke fears about Russia and discredit Wikileaks — Assange issued a point by point takedown of errors in the story. “The only hard news in the article is that ‘American officials say Mr. Assange and WikiLeaks probably have no direct ties to Russian intelligence services,’” WikiLeaks tweeted in response. Assange reiterated that WikiLeaks has published over 650,000 documents about Russia, most of which contain sensitive data, for the purpose of calling not just Moscow, but all governments to account. He also asserted that the book The WikiLeaks Files has “an entire chapter on US diplomatic relations with Russia with numerous references to Russian corruption.”

A new wave of McCarthyism is gripping the 2016 election cycle, as Clinton has repeatedly declared that Russia is behind the hack of leaked documents from the Democratic National Committee, despite explanations from officials and experts that there is no evidence Moscow is involved. The Kremlin has also strongly denied any involvement. Still, Clinton’s campaign has repeatedly accused critics and opponents of working for the Kremlin, to the point where her repeated hand-wringing has become fodder for internet conspiracy-theory memes.

MUH PUTIN IS BEHIND IT ALL pic.twitter.com/ICkA7S4Hug

“WikiLeaks is not aware of any assertion by the US government that the DNC emails published by WikiLeaks were ‘stolen by Russian intelligence.’ In fact, the head of US intelligence, James Clapper, has stated that the US government has not been able to make an attribution. The various hacks of the DNC over several years are not the same matter as WikiLeaks publication of leaked emails and it is misleading to suggest otherwise,” WikiLeaks stated.

Yet In a hawkish speech delivered yesterday, Clinton asserted that she will order a military response to those who engage in cyberattacks, and again accused Russia of being among the worst offenders. “We need to respond to evolving threats, from states like Russia, China, Iran and North Korea,” Clinton stated in a speech in Cincinnati, also mentioning the terror group Daesh. “We need a military that is ready and agile so that it can meet the full range of threats — and operate on short notice across every domain — not just land, sea, air, and space, but also cyber space.”

Previous: Syrian War Report – September 1, 2016: Syrian Army Overruns Militant Defenses in Aleppo
Next: The case for the breakup of the Ukraine 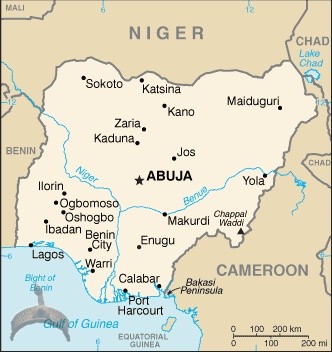 As per a study allegedly completed by Bloomberg on 74 nations, Nigeria is the most stressed nation on the planet. Ending with a score of 70.1, the overview indicated Nigeria has a manslaughter rate of 12.1 while Life hope in Nigeria is 53. least stressed Nation  on the planet. Bloomberg didn’t state how they arrived at this conclusion. Proceed…