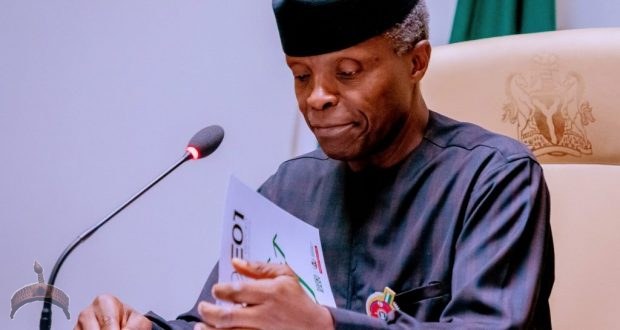 Sowore: I Had Written Soyinka Centre I Will Not Accept Award Since Sunday – Osinbajo –

Vice President Yemi Osinbajo said on Monday that contrary to impression created by the organisers, he had earlier yesterday indicated that he will not be available to receive “Integrity Specialty of the Wole Soyinka Centre for Investigative Journalism’s Anti-corruption Defender Award of 2019” he was nominated for.

The organisers of the award had indicated on Monday that the presentation of the award to Osinbajo was suspended because of the arrest of publisher and activist, Omoyele Sowore by the Department of State Services, DSS, inside the premises of Federal High Court, Abuja last Friday.

But in a letter made available to journalists, which, according to Laolu Akande, spokesperson for the Vice President Osinbajo had indicated that he will not be present to receive the award because of his trip to Dubai and also, “in view of the developments on Friday in the Sowore case, I think it would be insensitive and inappropriate to attend the ceremony.”

See the Full Letter below.

OFFICE OF THE VICE PRESIDENT

“I am extremely grateful for the recognition and award of the “Integrity Specialty of the Wole Soyinka Centre for Investigative Journalism’s Anti-corruption Defender Award of 2019” to me.

“The award, I note, is for our Justice reform efforts in Lagos State. I had accepted the award with pride on behalf of the excellent Justice Sector team we had.

“However, two reasons explain my absence. First is that I am currently in Abu Dhabi for an international meeting under the auspices of the government of the UAE where I am the keynote speaker.

“Second, in view of the developments on Friday in the Sowore case, I think it would be insensitive and inappropriate to attend the ceremony.

“Please accept my heartfelt apologies and extend the same to the other members of the organizing team. 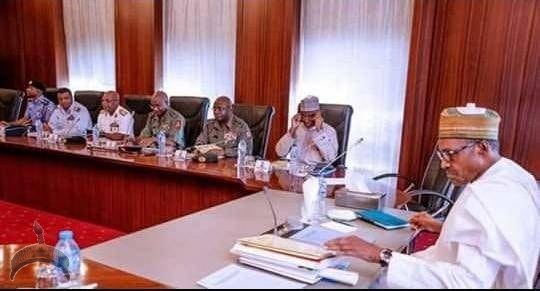 The recent warning by the Nigeria Military chiefs to state governors especially from South-west and south-south got people talking.