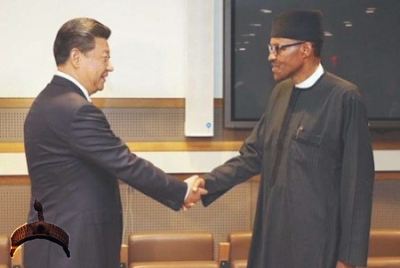 Posted by: BalogunAdesina in Business Comments Off on China To Spent $60 Billion On Projects In Africa – West Is Concerned By Beijing’s Growing Influence

On September 3rd, China promised $60 billion worth of financing and aid to African countries. As reported by Reuters, Chinese President Xi Jinping offered the aid during the opening remarks of the China-Africa summit, held this week in Beijing. Several African leaders were in attendance.

The Chinese President said the figure includes $15 billion in grants, interest-free loans and concessional loans, $20 billion in credit lines, $10 billion for “development financing” and $5 billion to buy imports from Africa. The $60 billion funding would match the financial package offered by China at the last summit in Johannesburg in 2015. In addition, he said China will encourage companies to invest at least $10 billion in Africa over the next three years.

Government debt from China’s interest free loans due by the end of 2018 will be written off for indebted poor African countries, as well as for developing nations in the continent’s interior and small island nations, Xi said. “China-Africa cooperation must give Chinese and African people tangible benefits and successes that can be seen, that can be felt,” he said.

There were no details provided for specific projects which will be invested in, although Xi said that China was planning initiatives in eight areas over the next three years. These areas included plans to establish a China-Africa trade expo, provide one billion reminbi ($146 million) in food aid, extra imports to China from Africa, and a push for green development. He also invited African leaders to assist his country in the Belt and Road Initiative, a trade and infrastructure project involving 68 countries.

Xi also said that there would be development that people on the continent could see and touch, but that would also be green and sustainable. He further said no to “vanity projects.”

“China’s cooperation with Africa is clearly targeted at the major bottlenecks to development. Resources for our cooperation are not to be spent on any vanity projects but in places where they count the most,” said Xi.

Africa has borrowed about $130 billion from China since 2000, with loans generally used to finance infrastructure projects. Earlier this year, the IMF warned that the African continent is facing a debt crisis, with 40% of low-income countries now in debt distress or at high risk of this.

China denied any accusations that it is engaging in “debt trap” diplomacy. China’s special envoy for Africa, Xu Jinghu said “if we take a closer look at these African countries that are heavily in debt, China is not their main creditor.” She further commented that “it’s senseless and baseless to shift the blame onto China for debt problems.”

She also said that China would carefully choose projects that avoid causing debt problems when implementing the funding.

“When we cooperate with African countries we will conscientiously and fully carry out feasibility studies, to choose which projects can go ahead. These projects will take into account their development prospects so as to help African countries achieve sustainable development and avoid debt or financial problems.”

The Chinese government is assisting African countries achieve development, not accumulate debt, Xu added. She described debt as a burden that accumulates over a long period of time.

“We need to take into account the fluctuations of the international economic situation which has raised the cost of financing for these African countries and most of them depend on exporting raw materials, the price of which on the international market has been falling,” she said.

The US has tried to limit China and is condemning it as the new colonizer of Africa. However China is attempting to show that it will rely more on trade with the continent, China’s former deputy commerce minister Wei Jianguo wrote on September 4th for the China Going Global Thinktank, cited by Reuters.

“I hope that in the next five years China-Africa economic and trade cooperation will overtake China-U.S. trade,” he said. “This is totally achievable.”

Another increase in Chinese influence is the construction of the Chinese military base in Djibouti. Negotiations for it started in 2015, they were finalized in January 2016 and the base was formally opened in August 2017. In late May 2018, the Chinese Ministry of National Defense confirmed that the People’s Liberation Army (PLA) is constructing additional pier facilities at its military base in the Horn of Africa country of Djibouti. The aim of the military base, as well as of the new facilities, according to Chinese defence ministry spokesman Ren Guoqiang is to allow for Beijing to “better fulfil China’s international responsibilities including anti-piracy work and to maintain the peace and stability of Africa and the world.”

All of this comes after recent reports of Russian military “expansion” in Africa. On August 27th, The Atlantic, Russian and Russia-linked private military contractors have made their way to Africa.

On August 2nd, three Russians who presented themselves as journalists, but arrived in the country as tourists, without press accreditation, were killed in the Central African Republic. They had arrived in the country to investigate reports of the presence of Russian paramilitary forces. Their employer was the Investigations Control Center, a body linked to exiled Russian tycoon Mikhail Khodorkovsky, who currently resides in Switzerland. According to him the journalists were working on an investigation with the Investigations Control Center “on an investigation into Russian mercenaries, in particular the Wagner group.”

The increase in Chinese and Russian presence in Africa may indicate a joint effort by Beijing and Moscow to increase their influence in the region.