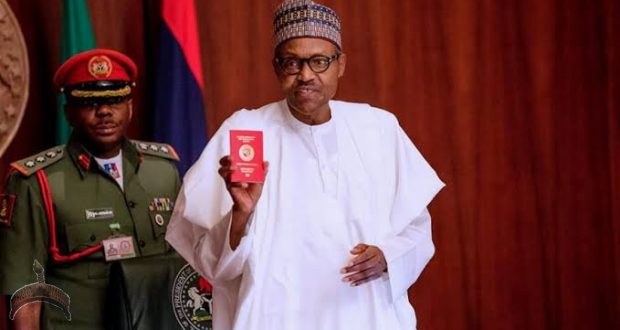 Posted by: AbubakarMuhd in Foreign Comments Off on IMMIGRATION: France, Germany, Canada, UAE,186 Other Countries Relax Visa Requirements For Nigeria

Barely hours after Fareed Zakaria of CNN analysed, that Nigerian immigrants are highly skilled, English speaking immigrants, the Nigerian passport value suddenly skyrocketed as countries including Canada, Britain, Germany, France, China, Japan, Saudi Arabia, United Arab Emirates, Brazil, and 186 other countries relaxed their visa requirements for Nigerians, wanting a share of those highly skilled immigrants that the US president is too racist to see.

In recent times, Nigerians have had no choice but to cling on to whatever gives them hope… Here is one of such great news

For the first time ever, an African passport is among the top five most powerful in the world. Revealing this on Monday on its website, the Henley Passport Index released its ranking for the year 2020 and Nigeria had a dramatic rise from being at the 95th spot to going up to the 5th most powerful knocking out both Spain and Denmark and tying with Luxembourg.

This, surprisingly, is coming after the White House announced late last month that immigrants from Nigeria and five other countries will no longer be eligible for visas allowing them to live in the US permanently, expanding Trump’s controversial travel ban policy. The proclamation cited Nigeria’s failure to comply with security and information sharing requirements, and its high “terror” risk to the US as reasons for imposing the restriction.

But as CNN’s Fareed Zakaria analyzed in the latest episode of his current affairs program ‘Fareed Zakaria GPS’, Nigerians pose no specific security threat whatsoever to the US and its placing on the travel ban list only amplifies Trump’s racist views on immigration. Zakaria noted that if Trump’s desire for highly skilled immigrants was really a thing, then Nigerians should definitely not be on the ban list. This is because Nigerian immigrants who make up the largest sub-Saharan African immigrants in the US as of 2017, are highly skilled, English speaking immigrants.