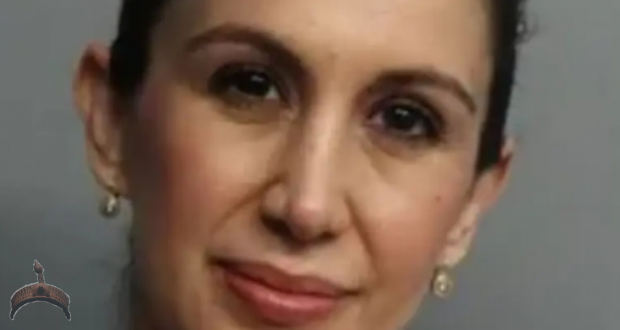 A pregnant school teacher has been arrested in Florida amid allegations that she raped a minor aged 15, also a student of the school.

Heiry Calvi, who worked at John I Smith K-8 Centre in Miami-Dade County, was accused of having a relationship with the boy outside of school hours, and was arrested on Thursday.

Ms Calvi, who has been released after posting bail, was charged with a number of crimes including lewd and lascivious battery, child neglect, and contributing to the delinquency of a child, according to NBC Miami.

An investigation reportedly began in March after students at John I Smith informed staff about the relationship between Ms Calvi and the boy.

Among the evidence seen by officials were a video of the teacher and student together, as well as messages sent between the pair. They were also seen having sex in footage, it was alleged.

Doral police said the boy at first denied being raped but was told that under Florida law a minor cannot consent to having sex with an adult.

Rey Valdes, a spokesperson for the force, also confirmed to NBC Miami that Ms Calvi was eight months pregnant at the time of her arrest, although police would not “speculate as to whose child it is”.

Her employer, the Miami-Dade County school board, told the Miami Herald that it was investigating the incident and had removed Ms Calvi from John I Smith in March, when concerns were first aired.

The school board was reported as saying that it was “disturbed by today’s arrest involving inappropriate employee behaviour”, and that it would begin termination proceedings against Ms Calvi.

“M-DCPS will continue to review its employee trainings to ensure that our workforce is fully aware of the District’s professional expectations of them and their ethical obligation to safeguard children,” the board added.

An arraignment is scheduled for 8 November. It remains unclear if Ms Calvi has a lawyer.

The Independent has approached Miami-Dade County’s school board for comment.

Previous: $447,746 Paid in Failed Ethereum Transaction
Next: How Much Do You Spend On Food Daily