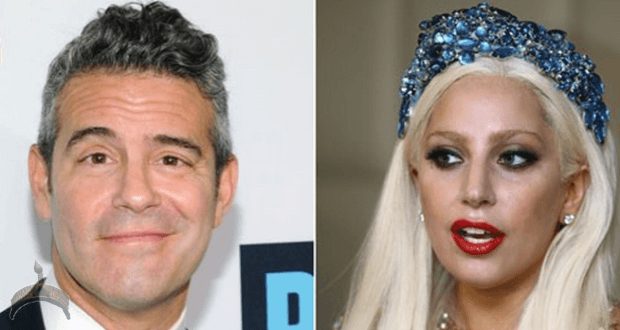 Andy Cohen hosts most of the Real Housewives reunion shows and is remarkably popular on US TV. The TV personality has just revealed he had Lady Gaga’s urine changed into perfume. Based on him, Gaga appeared on his show “Watch What Happens Live” when she needed to pee, as opposed to using the general public bathroom shared by everyone at the studio, the 28-year-old pop star opted to accomplish her business in the nearest trash receptacle.

Cohen said,
I had a [production assistant] take her urine and I said, ‘You know what would be funny? We have all this pop culture memorabilia in The Club House — Lindsay Lohan’s cigarette butt, a breast implant that was removed from a ‘Real Housewife’ and on and on, I said, ‘Get that [urine] and put it inside a fancy bottle and we’ll have Gaga’s pee … That’s a great piece of pop culture.’

“My PA came to me a couple days later and said to me, ‘Lady Gaga’s pee is going to get toxic.’”
Instead of abandoning the urine, the PA found a recipe online to turn the toilet contents into a perfume and followed the instructions turning Gaga’s pee into perfume.
Speaking on the smell of the Gaga pee fragrance he said, “It smells kind of like dressed-up pee with a floral note,”
WHAT DO YOU THINK ABOUT GAGA’S URINE BEING TURNED INTO PERFUME?

Previous: Photos: Heart breaking State Of NYSC Orientation Camp In Kwara State
Next: My Hubby is driving me crazy, starves me of S3x in bed. Pls help !

American pop-star, Lady Gaga imparted these photographs of herself getting an under-arm tattoo. This is her seventeenth tattoo! See more pics bellow.