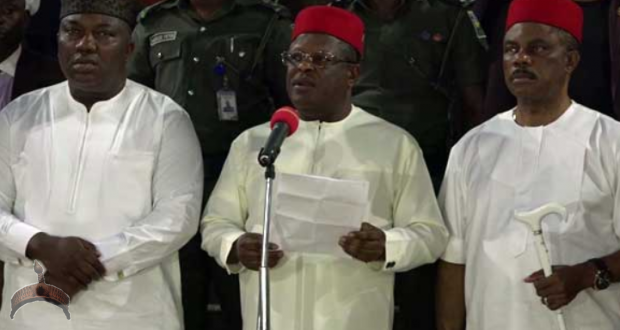 The National Working Committee (NWC) of the Igbo National Council (INC), an Igbo socio-cultural group has issued a 90 days ultimatum to the governors of the southeast zone to inaugurate their very own regional outfit.

Reading a communiqué following a meeting well attended by members from 20 states, the National President of INC, Chilos Godsent stated that the group also condemned what it described as the “naked cowardice exhibited by the governors of the South-East geopolitical zone on the failures to determine and officially inaugurate the highly-demanded South-East regional security outfit like their contemporaries in the North-West and South-West geopolitical zones.

Also, Godsent disclosed that INC rejects the view of the Inspector-General of Police (IGP)’s proposal for community policing for South-East geopolitical zone.

“We wish to inform the people of the Igbo race that the proposed community policing by the IGP is meant to officially aid the framework for intelligence gathering and invasion of Igbo communities by the jihadist.

“On the foregoing, the Igbo National Council requests the governors of the South-East, South-South and North-Central geopolitical zones respectively as a matter of urgent necessity to establish and officially inaugurate their regional security outfits like the South-West (AMOTEKUN) and North-West (SEGE KA FASA) within 90 days from 29th February 2020 as a sign of patriotism and commitment to the security and welfare of their citizens, part of the communiqué reads.

“We note that failure for the governors of the aforementioned geopolitical zones to adhere to this call, the self-determination groups in those geopolitical zones maybe compelled to take their destiny into their own hands in other to protect their citizens from the rampaging Fulani jihadist.

However, Godsent pointed out that INC supports in its totality the call by the National Assembly, urging President Muhammadu Buhari to sack all the service chiefs with immediate effect.

He averred that the reality on the ground has clearly shown that the present crops of service chiefs in the country can no longer protect the lives and properties of Nigerians who he claimed are daily slaughtered “like cows and chickens by Boko Haram, Fulani herdsmen, and Fulani jihadists.”

The group also condemned the wanton arrest and arbitrary detention of the elders and people of Ifite-Ogwari community in Anyamelum Local Government Area (LGA) of Anambra State.

“We condemn this arrest; they are simply defending their community from Fulani herdsmen who has continued to attack and kill members of the Ifite-Ogwari community in their ancestral land.”

It also urged the Federal Government to be very sensitive of the untold hardship the people of southern Nigeria are passing through because of the border closure.

“Finally, the Igbo National Council wishes to advise the leadership of Miyetti Allah in Nigeria to urge its members who now camp in many forests in South-East and South-South geopolitical zone to immediately vacate those forests or regret their deviancy,” Godsent stated. 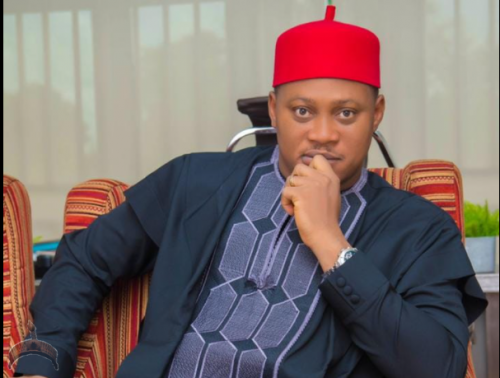 Press statementMay I use this medium to inform my family, friends, associates, well wishers and the the General Public, that I have resigned my appointment as the Commissioner for Lands Enugu State.The reason for my resignation is as a result of the removal of the Professional hods under me on punitive ground for simply doing their jobs diligently. As a technocrat and a human with conscience, I cannot continue to serve the government while those innocent professionals are punished for ...