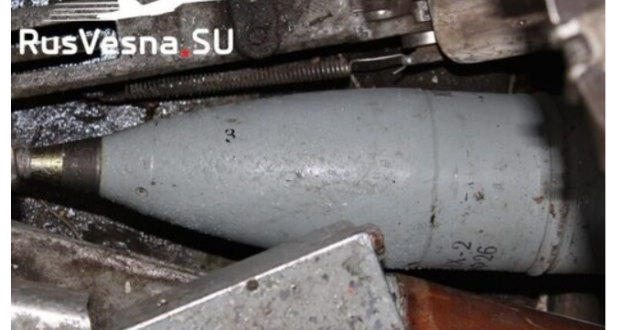 Day 11 of Russian incursion into Ukraine: Encirclement of Kiev forces in Donetsk, operational pause in north

Posted by: BalogunAdesina in Breaking News, World News Comments Off on Day 11 of Russian incursion into Ukraine: Encirclement of Kiev forces in Donetsk, operational pause in north

The eleventh day of the conflict were marked by a new round of efforts by Russia, the Donetsk and Lugansk People’s Republics to evacuate civilians from Mariupol, Volnovakha and their surroundings in Donetsk Region.

On March 5, Russia already announced a one day ceasefire regime allowing local residents to withdraw via humanitarian corridors agreed with the Kyiv side during the second round of talks in Belarus. Nonetheless, the evacuation via the opened route Mariupol-Nikolskoye-Rozovka-Polohy-Orekhov-Zaporizhzhya was sabotaged by Kyiv. Units of the Ukrainian Army and nationalist battalions did not allow civilians to leave the combat zone. Representatives of the Kyiv administration in the region denied the evacuation under pretext of alleged ceasefire violations by the Russians. At the same time, Ukrainian forces opened fire at civilians that tried to leave Mariupol and Volonvakha towards the territory controlled by Russia and the DPR. In the evening, when the ceasefire time ended, clashes in the area resumed.

On March 6, Russian forces and people’s militias once again made a one more attempt to evacuate civilians. The situation with the Mariupol-Nikolskoye-Rozovka-Polohy-Orekhov-Zaporizhzhya corridor once again repeated. Russia and the DPR announced the one-day ceasefire to allow local residents to leave. In own turn, units of the Ukrainian Army and nationalist battalions sabotaged the withdrawal of civilians via the humanitarian corridor.

Local sources report that shelling by Ukrainian forces led to casualties among the evacuated civilians. At least several people were reportedly killed.

Comment: Those aren’t the only war crimes Ukrainian forces are involved in:

Ukrainian sapper filmed by local resident laying a bottle of incendiary spirit/explosive on a kid’s playground to organize a false flag on peaceful targets pic.twitter.com/pblXRDCXHf

However, the DPR reported that despite provocations of the Kyiv side its forces were able to secure the evacuation of over 300 civilians towards the DPR-controlled territory.

In the evening, active offensive operations of the joint forces of Russia and people’s militia were resumed.

The offensive operation near Mariupol:

Comment: You can see SouthFront’s collated videos that accompany the article here.

In the direction of Mariupol city, Russian and DPR units are now advancing from the northern and eastern directions. Earlier they secured Stary Krym settlement in the northern suburb of the city. Clashes were also reported around Sartana settlement located northeast of Mariupol.

Intense clashes have been ongoing in Volnovakha. According to reports, the strong point currently has a contested status. The southern part of it remains in the hands of DPR units that work to eliminate fortified positions of the Ukrainian Army and nationalist battalions in the rest of it.

The third direction of the advance in this area of operations is the town of Gulyaipole and surrounding settlements. In the evening of March 6, forward units of the Russian Armed Forces reportedly entered the town from the southern direction after a series of artillery strikes on military objects and positions of the Ukrainian Army and nationalist battalions. Russian units also reportedly entered the nearby villages of Orekhovo and Vasilievka to the west of Gulyaipole. Nonetheless, no intense fighting was reported there as of the night of March 6.

If the Russians are able to secure these gains, this will become another success in the operation to deny the ability of Kyiv forces that remain on the positions west and southwest of Donetsk city to withdraw towards Zaporizhzhya.

In the larger perspective, joint forces of Russia, the LPR and DPR work to isolate the group of forces of the Ukrainian Army in the region of Donbas. Therefore, it is possible to expect the push to cut off the road to Dnipro from the northern direction also.

In the sector of the advance of the Russian Armed Forces and units of the Lugansk People’s Republic, Izum, Severodonetsk and Lysichansk are among the hottest points of the frontline where well fortified positions of the Ukrainian Armed Forces are located. On March 6, a new round of clashes took place around Izum. The group of forces advancing there work to secure this point before an expected push towards the south to isolate Slavyansk and Kramatorsk from the western direction.

According to reports by the DPR and LPR, in the recent series of advances in the region of Donbas, they were able to liberate over 100 settlements. 62 settlements were took back by LPR forces, while 45 others were taken by DPR forces.

In the sector of Mykolaiv city in the area of operations on the western bank of Dnipro river, Russian forces suffered tactical setbacks. Russian units retreated from the villages of Bashtanka, Piskik and Marianivka located northeast of Mykolaiv. The situation around Peresadivka in the nearby area remains unclear. The Russians lost a unit with D-30 artillery guns during clashes in that areas.

Mykolaiv authorities loyal to the Kyiv government claimed that on March 6 two Russian warplanes were downed in the region.

As of the night of March 6, video evidence from the ground demonstrate that the city of Mykolaiv is not blocked from the eastern and southeastern directions. Russian units control the area southeast of it.

The Kyiv government and its special services try to destabilize the situation in the areas controlled by Russian forces in Kherson Region (north of Crimea) by organizing protests against the presence of Russian forces there. Low-scale protests were reported in Novaya Kahovka, Kherson and Melitopol. Despite the low number of persons that participated in these protests, they still remain a destabilizing factor in the area. Especially taking into account that some of the protestors tried to stage provocations and sabotage the delivery of humanitarian aid to local residents.

In Kharkiv Region, the advancing group of Russian forces got stuck near the regional capital. Kharkiv city remains not blocked from the southern and western directions. Clashes were reported in its northern and northeastern outskirts. On March 6, the Russian military made no attempts to storm the city and as of now it seems that Russian forces took an operational pause there before a new push to block it. In the current situation, the Russian Armed Forces deliver regular strikes aimed at destroying military infrastructure and fortified positions of the Ukrainian Army and nationalist battalions there. Kyiv forces use this time to create new positions in residential areas and prepare to repel the possible storm of the city.

Ukrainian sources also claimed that a Russian warplane was downed in the area.

In Chernihiv and Sumy regions, the situation remained relatively same on March 6. The Russians blocked both regional capitals and are now consolidating their gains in the area. Meanwhile, the forward group of Russian forces continue to deploy in the eastern and northeastern countryside of Kyiv in order to cut off the potential arrival of forces from Kharkiv.

Ukrainian battle tanks that were captured in Chernihiv region:

The Ukrainian capital remains blocked from the northeastern and northwestern directions. Russian forces have conducted no attempts to storm the city. Despite this, Kyiv is in a total chaos. Local authorities regularly report about the fighting in its outskirts and announce dozens of ‘Russian saboteurs’ captured. In fact, these people are victims of gangs armed by local authorities under pretext of creating ‘territorial defense units’ that also often clash each with others.

Amid these developments, the Russian Armed Forces delivered a new round of missile strikes on military infrastructure all around Ukraine. In particular, a powerful strike hit the Gavrishovka military airfield in Vinnitsa.

The Russian military reported that 11 military aircraft and 2 helicopters of the Ukrainian Air Force were downed on March 5 and March 6.

Furthermore, the Russian military warned NATO member states that the usage of their airfield network by Ukrainian military aviation can be regarded as the involvement of these states in the armed conflict. The warning came amid a new round of speculations that some Western states may ‘donate’ warplanes to the Ukrainian Armed Forces.

On top of this, the Russian military announced that as a part of the demilitarization of Ukraine it will deliver strikes on objects of the military industrial complex of the country. The Russians advised people to avoid these objects to minimize possible casualties.

The Russian Defense Ministry also announced that it had obtained information about the military biological program of the Kyiv government that was supported by the United States.

“We have received documentation from employees of Ukrainian biolaboratories on the urgent destruction on February 24 of especially dangerous pathogens of plague, anthrax, tularemia, cholera and other deadly diseases.”

“The received documents confirm that the development of biological weapons components was carried out in the Ukrainian biolaboratories, in the immediate vicinity of the territory of Russia.”

BREAKING: Russia publishes documents which show Ukraine was working on biological weapons near russian borders — such as Anthrax and Plague & that the pentagon has instructed to destroy them — violating article 1 UN prohibition of biological weapons. — These are US funded labs pic.twitter.com/DngZkGwws2

The documents were released by the Russian Defense Ministry via Russian media. LINK

Earlier, reports appeared that Ukraine was covertly developing nuclear weapons and was close to obtaining them before the start of the Russian military operation.

The developments of the recent days confirm that Russian forces took a tactical pause in their operations in the north and northeast of Ukraine, while most of active military actions were observed in the south and east of the country. According to reports, Russia is currently deploying reinforcements to the critical parts of the frontline in Kharkiv region and around Kyiv. At the same time, successes in the region of Donbas create conditions for the full elimination of Kyiv forces there and thus the further development of the offensive on the eastern bank of Dnipro River.