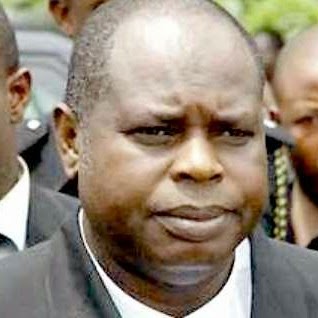 Barely five days after the widely spread report of the death of former Bayelsa governor, Diepreye Solomon Peter Alamieyeseigha, a large number of Nigerians still think it is a charade of some sort.

This might be as a result of the escapades of the 62-year-old politician who has been at the fore front of various controversies in the fight against corruption in Nigeria.

Going through online news pages, some of the comments you can readily find under the story of Alamieyeseigha’s death are: ‘Alams is not dead. Stop the lies‘, ‘we cannot be fooled again, it’s all a lie’, ‘hmmn..if he can disguise as a woman to escape justice, he can also fake his death to escape justice this time’…. All these and many more are some of the things a keen observer would get to find all over the news space about his death. 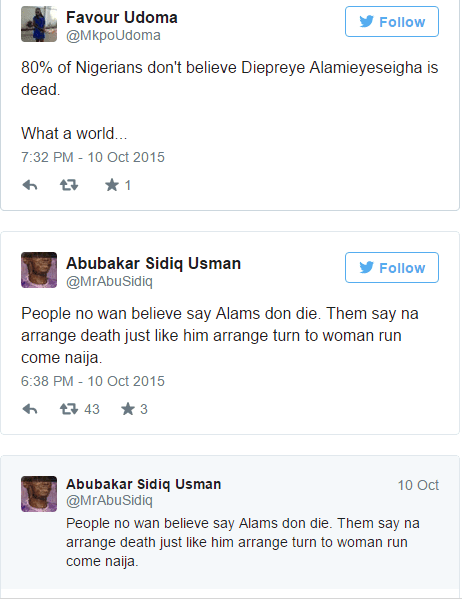 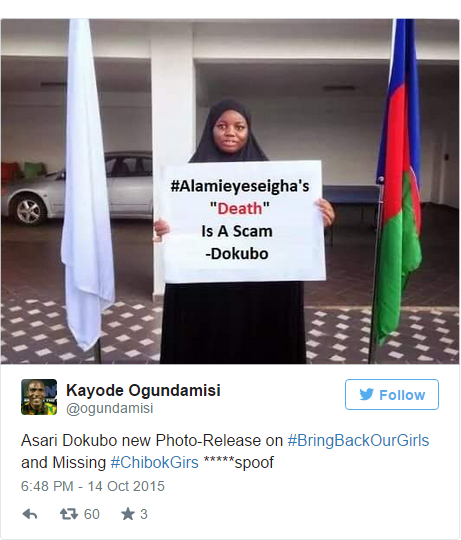 Well, these views are not unconnected to the character of the ‘late’ politician. Nigerians truly do not forget occurrences easily, not even if time has overshadowed it, history still has a way of making everything look quite new.

Ten years ago, Diepreye Alamieyeseigha was detained in London on charges of money laundering in September 2005. At the time of his arrest, Metropolitan police found about £1m in cash in his London home. Later they found a total of £1.8m ($3.2m) in cash and bank accounts. He was found to own real estate in London worth an alleged £10 million.

Alamieyeseigha however jumped bail in December 2005 from the United Kingdom by allegedly disguising himself as a woman, although he denied it.

Fast-forward to 10 years later, the British Government announced the continuity of the politician’s abandoned trial in London and the news of his death came just simultaneously! 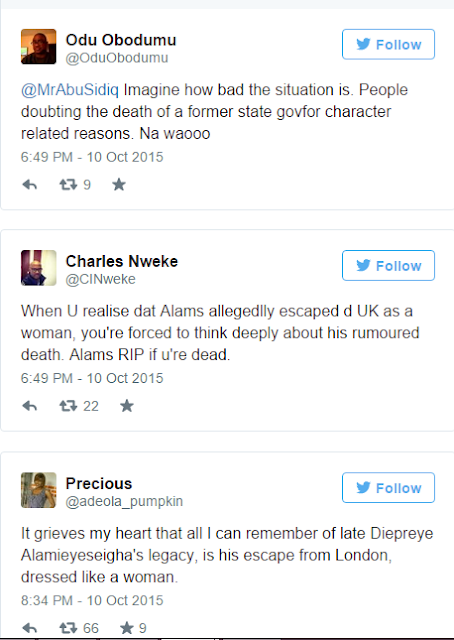 His death also came exactly a year after his son got murdered in Dubai. The speculation that his death might have been fake was also corroborated by various reports that pointed at cardiac arrest as the cause of his death while Alamieyeseigha’s brother claimed he died due to Acute Renal Failure. This has left many to believe whatever.

All these and more are some of the comments that get any onlooker thinking if truly the politician is dead. No photo of his dead body has been released aside from the photos showing him a few days before his ‘death’ and also photos of his tomb in Massoma, which he bought before his alleged death.

In the last interview he had before the news of his death, the fugitive ex-governor who was pardoned by former president Jonathan is said to have asked rhetorically why he is still alive. He also spoke about former Presidents Olusegun Obasanjo and Goodluck Jonathan in the interview.

Previous: Nigeria Must Act Before Indigenous Languages Go Extinct – Gani Adams Warns
Next: PDP Is The Grandfather Of Democracy In Nigeria – Mimiko

The umbrella body of Ijaw youths, Ijaw Youth Council Worldwide (IYC), has expressed anger over the death of former governor of Bayelsa State, Diepreye Alamieyeseigha, placing the blame on the doorsteps of the Federal Government and British authorities. The IYC, which stated this at a news conference yesterday in Yenagoa, through its President, Mr. Udengs Eradiri after rising from an emergency meeting, said the IYC resolved that the Federal Government and the government of the United Kingdom should be held ...