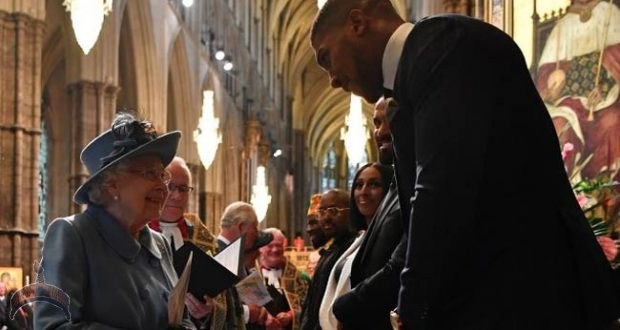 Anthony Joshua has extolled the virtues of his heritage while addressing members of the royal family.

During his Commonwealth Day speech at Westminster Abbey on Monday , the 30 -year – old British heavyweight boxing champion told the Queen of England , who was in attendance , about pounded yam and egusi — a food commonly eaten among Nigerian people .

Prince Harry and Meghan Markle , his wife , were also in attendance in what appeared to be their final official appearance as senior royals .

Joshua also canvassed for more unity among countries that make up the commonwealth.

According to him, the commonwealth would grow when people are provided with opportunities based on their abilities without considering their background .

“ My name is Anthony Oluwafemi Olaseni Joshua and like many of you here, I’ m a child of the Commonwealth, ” he said.

“ I was born in Watford and my heritage is Nigerian. I come from the Oodua (Yoruba) people , who are the largest and some might say the loudest ethnic group in all of Africa. I ’m proudly Nigerian and proudly British .

“ These days we hear so much about division and difference that some might be tempted to see that as a bad thing.

“ But on the contrary, it ’s a beautiful thing. A thing to be celebrated and cherished, and a great source of peace and stability .

“ I feel opportunity should be there for the taking along with hard work , dedication and perseverance , regardless of one ’ s background . We need to strive harder collectively in order to create unity .

“ It takes a village to raise a child . And in the same vein , it takes a whole community to act and stand together to tackle some of the challenges we are confronted with today. ” 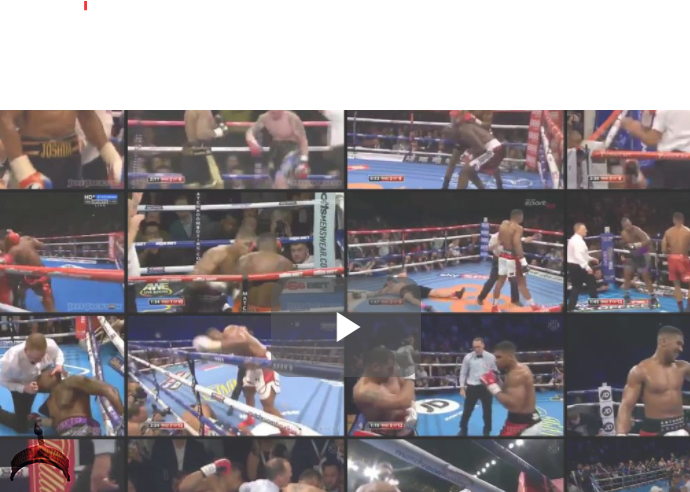