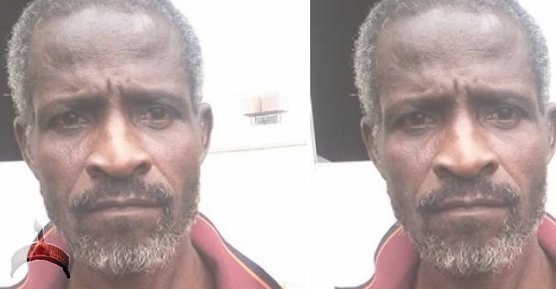 The Commissioner of Police in control of the Abia State Police Command, Adeleye Oyebade, on Monday paraded a suspected rapist, identified as Emeka Asibiriobwu, who was simply accused of defiling a two-year-old girl kept under his care.

Oyebade said the suspect was arrested by the officers of the Abia State Command of the Nigeria Security and Civil Defence Corps in Umuahia, their state capital.

He explained the suspect, who was still being investigated by policemen attached with the State Criminal Investigation and Intelligence Department, had raped the girl at Oriendu, a suburb of their state capital.

The police boss said, “The suspect was arrested when the mother of the victim raised the alarm on sighting her daughter crying, while blood and fluid were gushing out of her private parts.

“The victim was taken to a hospital where the rape case was established. The suspect has confessed to the crime and will be arraigned in court after the conclusion of police investigation.”

Speaking with PUNCH Metro, the suspect, who could not state his age, however, denied raping the victim.

He claimed that the mother of the victim did not keep her daughter under his care on the day the incident took place.

He said, “My neighbour just accused me of raping her daughter; but I didn’t do it. I have told everyone in our community that I have no hands in the ugly incident.”

The University of Ibadan, Oyo State, is currently in a state of mourning after losing two of its students to the cold hands of death within 24 hours. The deceased students, identified as Adedayo Ridwan, a final year student of the Department of History, Faculty of Arts, and Adeyemo Oluwaseun Ayomide, a 200 level student of the Department of Microbiology, Faculty of Science, died over the weekend in separate unfortunate circumstances. The male deceased, Adedayo was shot dead by some armed robbers who accosted ...