The Catholic church of Santa Maria della Misericordia in Venice has been provisionally transformed into a mosque for the seven-month period of the Biennale festivities in the northern Italian city.

Swiss-Icelandic artist Christian Büchel rented out the church, which is now owned by a lighting company, for his art project titled “The Mosque: The First Mosque in the Historic City of Venice.” The artist was chosen to represent his new homeland of Iceland for the celebrations and his mosque will become Iceland’s official national pavilion for the 56thVenice Biennale Festival.

Though the festival doesn’t begin until next November 22, the new mosque was inaugurated Friday morning with a ceremony including Friday prayers by dozens of Muslims.

The originally Byzantine church, restored in 1864, has not functioned as a Christian church for over forty years, ever since it was acquired by private owners. Büchel, who is married to an Icelandic woman and has been a citizen there for seven years, redecorated the interior of the church in every detail according to Islamic standards. He adorned the walls with baroque Arabic script, covered the floor with a prayer carpet facing Mecca, hung mosque lamps and installed a mihrab where the crucifix had been.

The artist, who won the “Hugo Boss Prize” for contemporary art, is known for his provocative work and his barbed criticisms of war, poverty, capitalism, US hegemony and globalization. He sees the Venice Mosque project as a protest against “Islamophobia.”

“We are proud to support THE MOSQUE, Iceland’s contribution to the Biennale,” Sverrir Agnarsson, the president of the Muslim Community of Iceland, said in a statement released to press. “It is particularly fitting that this project coincides with the campaign to construct the first mosque in Reykjavik. In the past, prejudice and political pressures in both Iceland and Italy made it impossible to imagine mosques in either place.”

Local Muslims as well as the Islamic community of Iceland have worked together with Büchel in preparing the installation in Venice.

Muslim leaders said they saw the proposal to create a temporary mosque at the forefront of the Biennale celebrations as a perfect way to communicate their desire to participate more actively in the life of their city, which has never had a mosque.

“Sometimes you need to show yourself, to show that you are peaceful and you want people to see your culture,” said Mohamed Amin Al Ahdab, president of the Venetian Islamic community, representing the Muslims of 30 nationalities living in Venice.

Hamad Mahamed, a local imam, was involved in the planning and will serve as the leader of the mosque. He arrived during the last preparations and led the prayer for a small group of Muslim men who were there to help.

Since the work was billed as an art installation rather than a place of worship, building permits were obtained with relative ease. Conflicting reports left unclear whether the pavilion will be used by the faithful for regular worship as a real mosque. The Venice Municipality has stated that it authorized no place of worship but a work of art.

Police and officials of the Biennale informed Büchel that he would not be allowed to make several proposed changes outside the church, including a bas-relief that he had planned near the entrance that would have read “Allahu Akbar” (“God is great”) in Arabic. 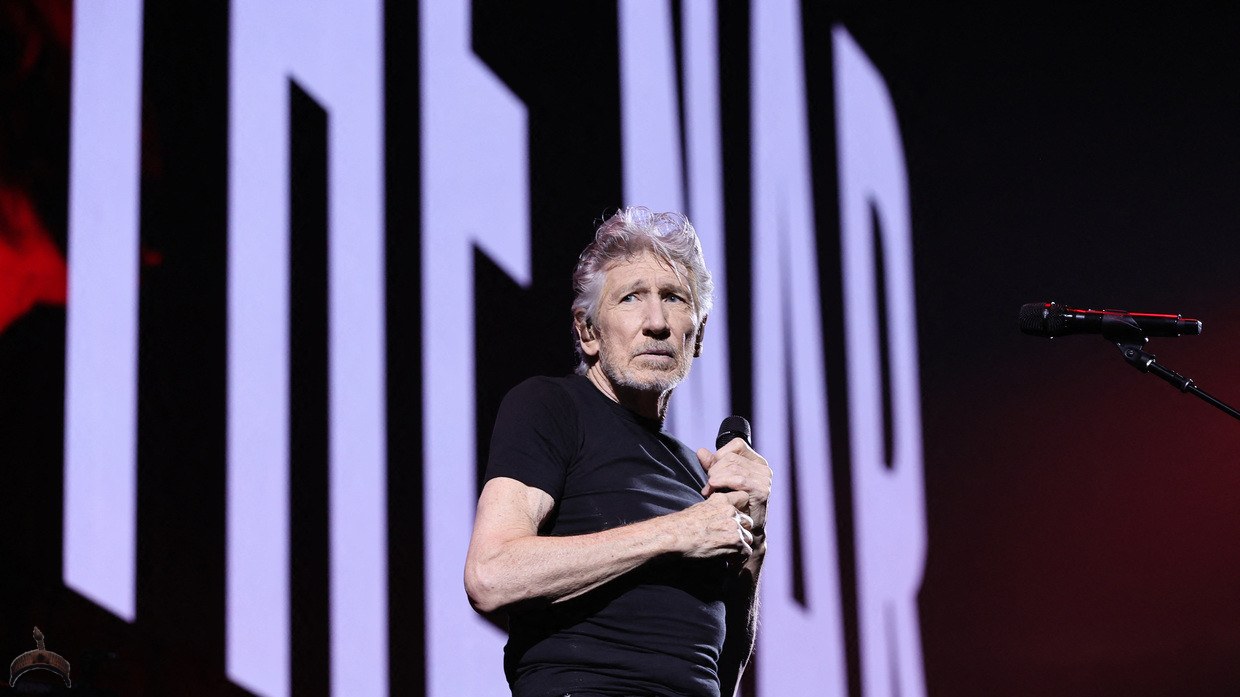 News outlets had suggested that Roger Waters’ gigs in Poland had been canceled over his stance on the Ukraine conflict. Pink Floyd co-founder Roger Waters has denied media reports that he had canceled two concerts in Krakow, Poland. He accused the local authorities of censoring him over his criticism of Western involvement in the Ukraine conflict. In a Facebook post on Sunday, Waters addressed The Guardian and Polish newspaper Gazeta Krakowska. “Your papers are wrong in their assertions that either, ...