Don't Miss
Home / News From Nigeria / Breaking News / The Science Behind The 5g Technology: Science Is Not Technology, And Technology Is Not Science. 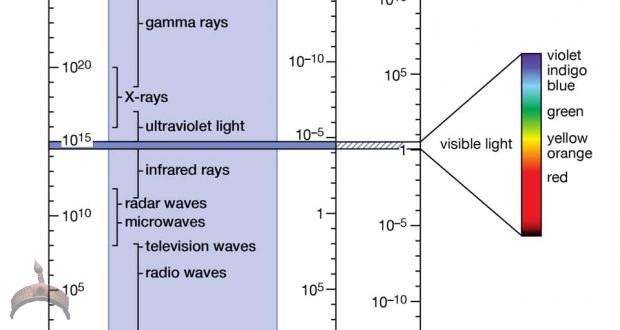 Posted by: BalogunAdesina in Breaking News, Education, Metro life, Technology Comments Off on The Science Behind The 5g Technology: Science Is Not Technology, And Technology Is Not Science.

The primary purpose of science worldwide is to do research or investigation that will lead to the understanding of our physical world. Our physical world is the world around us that we can interact with using our five human senses (hearing, seeing, smelling, feeling, tasting) to perceive. Scientific research normally leads to the creation of new scientific knowledge about our universe. Physicists are researching to understand the relationship between the matter and energy that make up our universe or natural world. Biologists are studying microorganisms, ecosystems, animals and plants in our physical world. Chemists are trying to understand the properties of elements, and chemical reactions at the atomic level in our world.

Technology or engineering as it is known today on the other hand uses the scientific knowledge that is created by the scientists to make technological tools that can be used to solve the problems of real life and to make our world a better place to live. The current 5G technology is the creation that is based on the understanding of the scientific knowledge about the electromagnetic wave that was created by scientists through research. Examples of technological tools made by engineers today from scientific knowledge are cell phones, automobiles, airplanes, missiles, X-ray machines, scanners, laptops, photocopying machines, printers, cameras, GPS, Internet technology, desktops, televisions, radios, light bulbs, refrigerators, cooking ovens, air conditioners, heaters, vacuum machines, skyscrapers, bridges, credit and debit cards, ATM machines, remote controls, etc.

Worldwide, scientists who create the scientific knowledge are generally famous, the engineers that use the scientific knowledge to create technological tools that make our life easier and better today are less famous or recognized. The creator of a new knowledge in life generally gets more recognition or credit than the users of the new knowledge. This is the reason why Galilee Galileo, Isaac Newton, Michael Faraday and Albert Einstein are still very famous worldwide till today.

The world of communication technology continues to improve and to get better. The 1G technology was used for analog voice (early telephone systems that used traditional landline service to operate), 2G technology ushered in the digital voice era (it allowed phone calls to be sent and received through the Internet and with better voice reception), 3G technology gave birthed to the mobile data (this technology allowed your phones to access the Internet anywhere even when you are away from the Wi-Fi location). The 4G technology introduced us to the mobile Internet era of today (mobile web access, IP telephony, video chat, gaming services, high-definition mobile TV, video conferencing and 3D-television).

The number of vibration (to and fro motion, up and down movement or backward and forward motion) that an object or a particle makes in one second is the object’s frequency. This is measured in Hertz (Hz). 1Hz means one vibration per second. The energy of the wave is associated with its frequency. The higher the frequency, the more energetic the wave or the radiation is. The 5G technology uses a higher frequency band than the rest of the G-generations, but in the non-ionizing band. The energy of the 5G technology is not dangerous to the cells of the human body. The 5G technology is equally safe like the 1G, 2G, 3G, and 4G generations of communication technology.