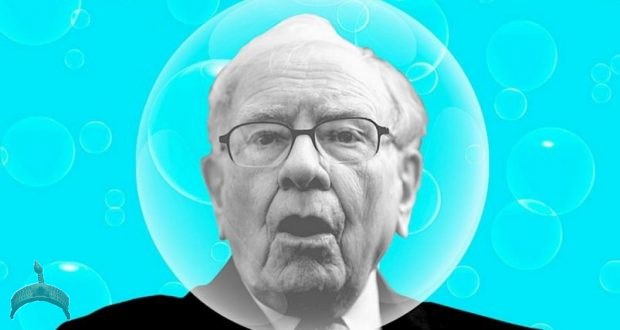 Posted by: BalogunAdesina in Breaking News, Business Comments Off on Warren Buffett’s Recent Explanation of How Money Now Works Is the Most Important in History

The value of the money you have is changing. “Debt “and what it means is fundamentally changing.

Watching Warren Buffett completely change what he believes about money in a matter of months has been fascinating.

He is considered the most successful investor in history, so he’s worth listening to when financial markets enter a strange period that nobody understands or can properly explain (even if, like me, you don’t love everything he says).

These two lines from Warren made me think:

“You better own something other than debt.”

Buffett explains that when the government can just keep on printing money to pay their own debt it’s laughable to think they will ever default. He says, “The trick [for countries] is to keep borrowing in your own currency.”

So if money will keep being printed out of thin air then what does that mean for your investments, assets and savings? Let’s explore the topic in simplistic terms and see what you can do about it.

The Most Important Lesson On How Money Works From Warren Buffett

This is what Warren said recently about how money works that will test everything you thought you knew about money:

If the world turns into a world where you [governments] can issue more and more money and have negative interest rates over time — I’d have to see it to believe it, but I’ve seen a little bit of it. I’ve been surprised. I’ve been wrong so far.

If you can have negative interest rates and pour out money, and incur more and more debt relative to productive capacity, you’d think the world would have discovered it in the first couple of thousand years rather than just coming on it now. We will see.

It’s probably the most interesting question I’ve ever seen in economics.

Can you keep doing what we’re doing now? The world has been able to do it for now a dozen years or so [since 2008]. We may be facing a period where we’re testing that hypothesis that you can continue it with a lot more force than we’ve tested it before.

This description from Warren about all the free money we’ve all been getting access to because of a health crisis may explain why Warren has sold a lot of his US bank stocks recently.

The influential finance blog Zero Hedge wrote recently that Warren “appears to now be quietly betting against the United States,” because “the famously anti-gold investor has abandoned banks — the backbone of America’s credit-driven economy — in favor of a gold miner.”

A friend said this to me the other day: “Watch what the billionaires do, not what they say.” If Warren’s actions are anything to go by then the record prices in the stock market are something to be very cautious of.

Inflation is when prices go up and the value of your money decreases. Four dollars last year may have got you a small cup of coffee. That same cup of coffee might cost you $5 this year, as a simple example.

Inflation is a hidden tax on your money.

Warren says, “I’ve been wrong in thinking you could have the developments you’ve had without inflation taking hold.”

Warren has put his firm’s money in gold, and treasury bills which he describes as “a terrible investment over time.” (A treasury bill is an investment where you are essentially lending money to the government.)

So Warren is comfortable putting his money in terrible investments in the short-term because of what he can see in the world of finance. That decision is worth contemplating when thinking about your own money and investments.

Why All of This Matters to You?

We’ve talked a lot of finance shop in this article. Let’s break down why the change in how money now works matters to you.

Negative interest rates can be bad for you because it means you have to pay to store your money. It also means the bank you choose to bank with may face severe financial trouble that leads them to go out of business.

Yes, banks have insurance in case of such an event, but if the problem is too big then that deposit insurance is useless — many people do not understand this. They assume the government or a magic insurance policy will save them without any negative consequences.

We’re in uncharted territory and I would not be relying on anybody to come and save you and your money.

The poor are being robbed by the rich who have the data to predict their moves.

Many retail investors are buying stocks using apps like Robinhood — the data tells us this trend.

While billionaires like Warren are exiting stocks and running to safety, everyday people seem to believe they are smarter than the pros — or the high-frequency, non-human trading bots who predict the moves of the retail investor and bet against them.

Investments firms use high-frequency trading to automate their investment decisions and beat the average investor. These same firms are front-running retail Robinhood investors. What does this mean in simple terms?

Sophisticated investment firms, according to Bloomberg, are getting access to data that tells them what the retail investors (dumb money as it’s known in finance) are doing so they can take advantage of them.

This data allows investment firms to rob the poor and pay the rich — the name of the Robinhood app is kind of ironic, isn’t it?

Record unemployment. A global health crisis. Protests. Despite the world we live in stock markets are beating record highs. Crazy, or a disaster waiting to happen?

Another iconic billionaire investor, George Soros, called the stock market a bubble. “Investors are in a bubble fueled by Fed liquidity,” he says and that’s why he “no longer participates.”

Either everything is fine with markets and businesses haven’t been affected by the health crisis at all, or we’re watching a bubble that’s about to pop. I don’t have the answer so that’s why I’m sitting on the sidelines.

The change in the velocity of money

When large amounts of money are created out of thin air and that currency is not spent, when that money eventually is spent, it can lead to larger than normal amounts of inflation that devalue the money you’ve worked hard for.

Example of decrease in the velocity of money:

Example of the extra money being printed out of thin air:

The way money works and functions in society has fundamentally changed. It has got some of the greatest investment minds like Warren Buffett and George Soros challenged, too. They have run to safety as a result.

What you can do about the change in how money works is this: be cautious in the short-term with your money and investing in assets.

The other critical learning you can take away from Warren is to spend some time understanding these financial concepts via a website like Investopedia:

If you understand these basics of how money works you can protect yourself and everything you’ve worked for. Now is not a time to panic. Now is a time to learn and prosper from what is transpiring in the global economy.

The value of the money you have is changing. The word debt and what it means is changing. Watch what the billionaire investors are doing because they tell you a lot of what you need to know.

You decide whether you donate your money to a trading app, watch it devalue because of inflation, or invest with a big safety net and act like a pro.

This article is for informational purposes only, it should not be considered Financial or Legal Advice. Consult a financial professional before making any major financial decisions. 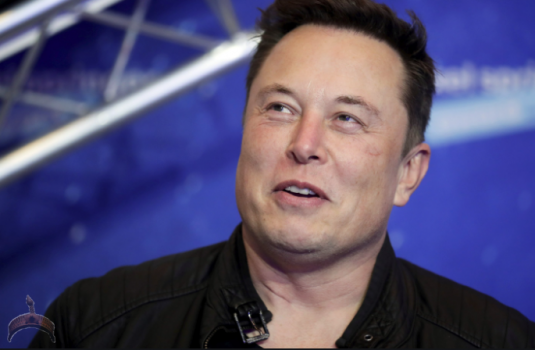