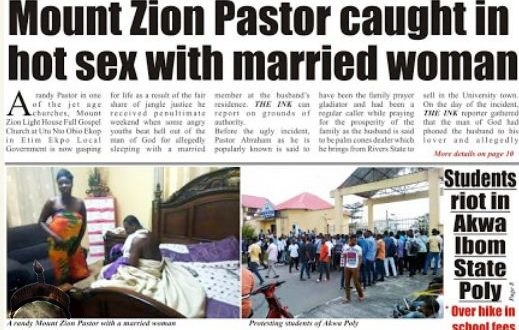 Posted by: Lolade in Breaking News, Religion Comments Off on “Why I Won’t Be A Pastor And Why I Won’t Advise Anyone To”…

Okay, so writing this article took me a bit of courage and I will tell you why;
This article will again ruffle feathers. I mean light feathers.
You have to read this article carefully and read every line so as to grasp the sense in it.

Recently, I had a discussion with a beautiful friend who is so good at business.
This girl is so good she can sell ice to an Eskimo, sell lie to the devil or convince you to buy your own shoe which you have already bought again.
Okay, just joking. But, she’s really good.
You know that kind of person? The kind of person that has built many businesses from her days as a kid.

So this dear friend asked me a plain and simple question that motivated this article,
‘How can I incorporate Olodumare’s ideas into my businesses?’
‘Like what business?’ I asked her back. (Don’t judge me, I was just being African).
Well, didn’t they say Africans answer questions with questions?
‘For example, if a man is a taxi driver, what should he do to show he is a Christian?’
‘That’s simple. Carry only Christian Passengers’ I replied her. My friend hissed and rubbed a palm on her nose.
‘So does it mean that if a lady is a hair dresser, she should write ‘Jesus’ on a piece of cloth and attach to client’s hair?’ She mockingly asked.
‘Exactly. You are so brilliant’. I fired back.
She hissed again, shook her head, and made a funny face before continuing;
‘What if he is a Christian doctor or dentist?’
‘Oh, that’s the simplest of all. Make sure you treat only Christian patients or hammer the Bible on their head. Ensure you prescribe Bible verses for Malaria, hymns for bleeding, prayers for vomiting, Offering and tithes for Headache’.
My friend could not take it anymore, she hissed one more time, left the room and threw a half-cup of juice on my face.
I laughed till something like water came out of my eyes.

Why then do we have ‘Christian Musicians’ who sing to only Christians?
And Pastors and prophets whose preoccupation is with their ‘Christian passengers’
And Ushers who usher just Christians,
And actors, actresses, dramatists and movie producers who claim to make only ‘Christian film’
Or rappers who rap ‘Christian music’
The list is endless…

When men say the Kingdom is here or there, they are lying,
When men say the kingdom is a person or profession, they lie again,
The kingdom is in your value system and the motive behind your work,
Your honesty as a hairdresser,
Your patience as a taxi-driver,
Your diligence as a doctor,
Your proficiency as a dentist, etc
That is what tells people which kingdom you belong to
The motive behind your work is what tells Olodumare whose you truly are.

Like a friend described it, it’s like saying you are a vegetarian-hotdog,
A vegetarian hotdog is not good enough for meat-consumers, and it’s totally useless for real vegetarians as well.

Let me tell you a story.
Recently, I went with certain friends to a Ukrainian opera.
We all paid a certain amount of money to be a part of the event.
So soothing and relaxing was the music, that a friend at the event fell asleep instantly;
So deep sleep that he was even snoring in the theatre.
I could not make so much sense of the many words of the Ukrainian music, but even the blind could see that the music was so good.
The hall was full and everyone had a great time.
It was a daily opera.
I would be a part of that event again and again and again.

I have so much more to write, but my pen has decided to stop here.
I can only hope that the knowledge of the glory of Olodumare covers the earth as the waters cover the sea. And that through you. 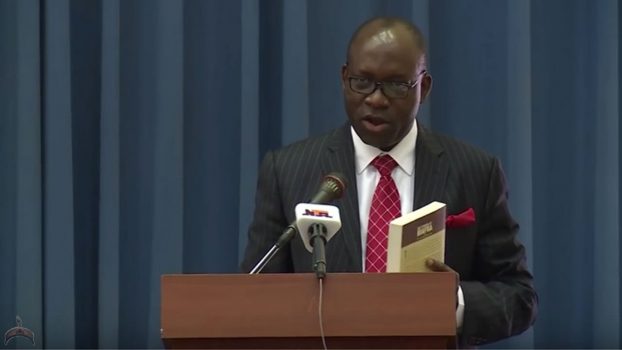