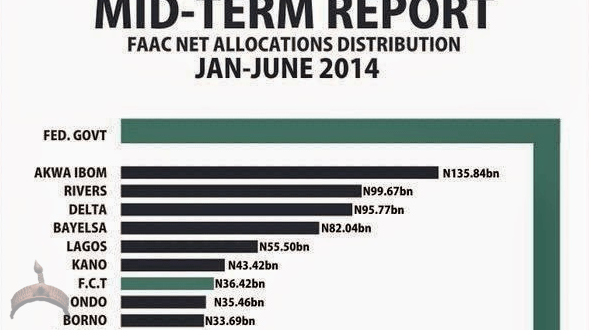 Akwa Ibom Gets The biggest Budget Allocation Of ₦260BN In Nigeria

Posted by: Lolade in Breaking News, Local News Comments Off on Akwa Ibom Gets The biggest Budget Allocation Of ₦260BN In Nigeria

In a lecture delivered at Babcock University’s 12th Convocation titled, ‘Transforming Nigeria economy: Opportunities and Challenges’, Finance Minister, Ngozi Okonjo-Iweala gave the breakdown of the allocations of Nigeria’s 10 highest revenue receiving states based on the federal allocations in 2013.

Finance Minister, Dr Ngozi Okonjo-Iweala listed the states which according to her, earn more than the annual budgets of some neighboring countries and queried what these states have been doing with their allocations.

“These were the allocations that all these states got last year, so the question is what did they do with it? Analysis shows that many Nigerian states receive revenue allocation which are larger than budgetary allocation of neighbouring countries such as Liberia which is $433 million, Gambia $210 million.

” So you see that our top 10 states receive more money than these countries and therefore you
should be asking what is this money being used for?” Okonjo-Iweala said.

“However it is not often that you hear people asking what has your state done? Most of their attention is turned to the federal government so we also need to ask what do our state and local government do with the resources they get?” Okonjo-Iweala further stated.

Previous: See the List Of PDP Executives That Have Defected To APC
Next: Pics From The Wedding Ceremony Of MUD Cosmetics CEO Onyinye Onwugbenu & Bosah 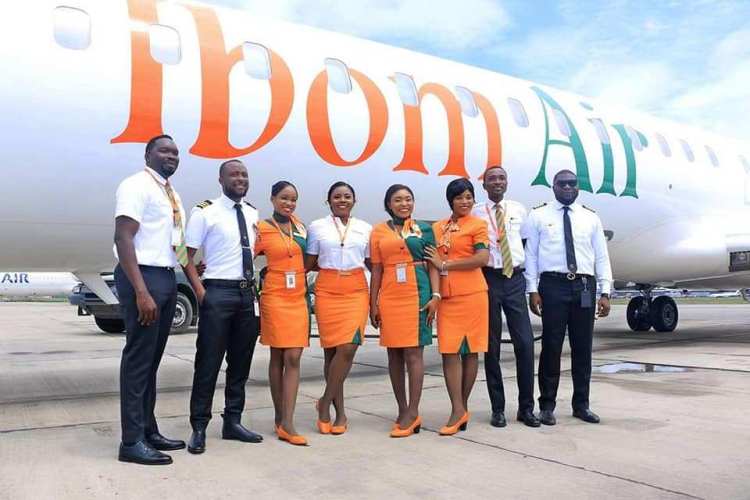 Ibom Air takes off, amidst jubilation in Akwa Ibom

Ibom Air, a commercial airline owned by the Akwa Ibom government, launched its maiden flight on Friday. A handful of enthusiastic indigenes of the state, led by the deputy governor, Moses Ekpo, gathered at the Victor Attah International Airport, Uyo, as early as 8 a.m for a brief ceremony to herald the “historic” flight. The people stood by to watch, clap, and shout happily as the flight, a Bombardier CRJ 900 series with registration number 5N-BWM, took off by 12 ...