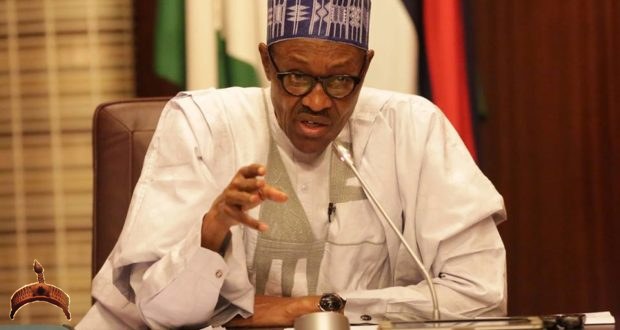 Posted by: Lolade in Breaking News, Local News Comments Off on Buhari orders sack of PermSec

By Soni Daniel, Northern Region Editor ABUJA—President Muhammadu Buhari has ordered the sack of a Permanent Secretary, who has been allegedly using his office to defraud the Federal Government through the award of phantom contracts worth billions of Naira to himself. Prseident Muhammadu Buhari The permanent secretary, was appointed by Buhari in 2015, was fired, Tuesday, on the orders of the President. A source in the ministry confirmed that two police officers drove the sacked permanent secretary from the Federal Secretariat, Abuja, raising concerns as to what might have led to such an action.

A Presidency source confirmed to Vanguard that the President ordered the immediate removal of the top civil servant, who presided over the affairs of one of the strategic ministries handling intervention programmes in the country following evidence that he awarded contracts to companies belonging to him. Vanguard learned that the sacked permanent secretary had deployed several strategies to evade a sting operation, which had been planned by one of the anti-graft agencies, thereby making it impossible for the operatives to track him down. It was learned that key officials of the ministry, who got wind of the illicit activities of the permanent secretary, drew the attention of security agencies to the development and called for urgent investigation of the man.

One of the security agency officials, who handled the investigation of the sacked permanent secretary, told our correspondent that the sting operation planned against the official was frustrated by him and his agents, forcing them to delay his arrest since January this year. “We have been monitoring the man and the various companies being used by him to siphon huge sums of money from the ministry, which handles intervention programmes in the Niger Delta region but he has been very smart and suspicious of our movement, thereby making it impossible for us to arrest him despite the ambush we laid for him and his cronies,” one of the operatives told Vanguard last night. He said: “But Mr. President did not waste time in asking the Head of Service of the Federation to sack the man with immediate effect as soon as he got to know that the man had used over 500 companies to award fake contracts to himself and move huge sums of money from the ministry in question.”

“In fact, the discovery of the large scale fraud in the ministry, which has suffered a lot of project failure and the subsequent sacking of the permanent secretary by Mr. President, followed painstaking investigation by the anti-corruption agencies, which will soon charge the man to court,” the source added. 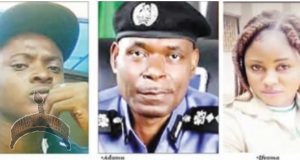 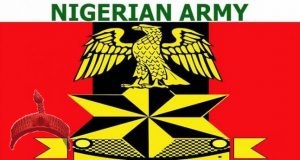 On October 17, ISIS’ news agency Amaq released a video and several photos of the terrorist group’s recent clashes with Nigerian government forces in the northeastern state of Borno. The clashes broke out on October 15 when government forces had launched a large attack on ISIS’ hideouts in the village of Duska. The group’s terrorists repelled the attack after heavy clashes, which can be seen in Amaq’s video. ISIS claimed that at least 30 Nigerian soldiers were killed in the ...