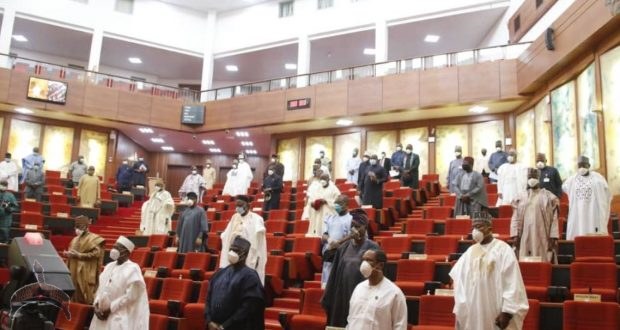 The Senate ad-hoc committee investigating the N40 billion corruption allegation against the interim management committee (IMC) of the Niger Delta Development Commission (NDDC) was stunned on Thursday when an official accused unnamed members of the parliament of ‘hijacking’ the commission’s budgets over the years.

In his submission, at the hearing, the acting deputy director, projects, NDDC, Cairo Ojougboh, said the budgets of the commission ”have always been hijacked by the leadership of the committee on NDCC from both chambers for their personal gain”.

He asked the National Assembly ”to let the commission function in peace.”

“The budget(s) of the NNDC from 2001 till date, has (have) always been hijacked by the two chairmen of the committee; the chairman in the house and the chairman in the Senate,” the angry official said. ”Not one kobo has been misused since the coming of the IMC.

“We want to beg the National Assembly that they should allow the people of the Niger Delta to grow. Since the inauguration of the IMC, we have not known peace. It has been one false allegation after another.

“Some contracts supplied to ‘an NDDC warehouse’ along Benin-expressway. The warehouse belongs to Peter Nwabaoshi (a senator). About 2900 emergency projects were awarded and Mr Nwabaoshi collected 1000 of them saying he will distribute them among senators and House of Representatives members. But when asked, lawmakers denied receipt. We are being accused because we are working for the region and because they want to take over the commission.

“NGOs were paid N50 billion but they (chairmen, committees of both chambers) cut it to N49 billion each. They want us out to put people they can control.”

The Senate and House of Representatives are probing an allegation the NDDC interim committee ‘squandered’ N40 billion within three months. They also seek account for other financial transactions within this period.

At the investigative hearing on Thursday, the lawmakers grilled members of the board who appeared before the committee over alleged discrepancies in the budget submitted by the commission, the Accountant General of the Federation (AGF) and the Central Bank of Nigeria (CBN).

The chairman of the committee, Olubunmi Adetunmbi, pointed out that while the commission said it spent N81.5 billion, the AGF submitted N82 billion and CBN submitted N92.2 billion between October 2019 and May 2020.

The committee sought explanations as to how other allocations in the budget were implemented. They include:

Although there was no tangible explanation for the differences in the budgets submitted by the commission, the AGF and CBN, the Acting Managing Director, Kemebradikumo Daniel Pondei, however, said the EIMC ”inherited so much debt that needed to be cleared upon assumption of office.”

He also said allowances like duty tours were not paid to staff for years hence the need for such allocations.

He further said the NDDC has not awarded any contract apart from the COVID-19 contract awarded by the president.

“We refused to do so, so as not to add to the confusion. The major interventions for COVID-19 were medical, palliatives, publicity,” he said.

Mr Ojougboh also denied allegations that the commission sacked some of its staff.

Earlier, a representative from the Office of the Accountant General, Slyvia Okolie, said the OAGF submitted the NDDC’s audit report from 2016 to May, 2020 to the committee.

Quarterly releases were suspended since June pending the outcome of the investigation, he said.

The investigative hearing will continue on Friday, the chairman said. All invitees are expected to be present – including the Minister of Niger Delta Affairs, Godswill Akpabio, who failed to show up.

This is not the first time the lawmakers would be having a faceoff with another government official over the activities of an agency or ministry.

PREMIUM TIMES reported how the minister of labour, (state), Festus Keyamo, accused lawmakers of trying to manipulate a recruitment process to their advantage.