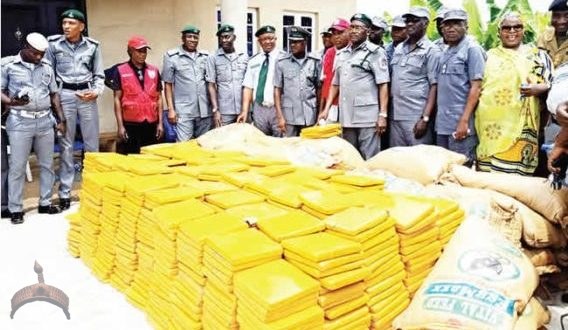 A pick-up van, which was purportedly conveying sawdust, has been intercepted by men of the Oyo/Osun Command of the Nigeria Customs Service in the Oke Ogun area of Oyo State at the Nigerian border with the Republic of Benin.

The NCS operatives discovered that N160m worth of Indian hemp was concealed under the sawdust.

The Controller of the command, Zulkifli Abdullahi, told journalists on Wednesday that the marijuana was in several packs and was discovered in a border community, Elekokan, in the Iwajowa Local Government Area of the state.

Abdullahi said the consignment was the biggest volume of illicit drugs seized by the command in recent times.

He stated that the driver of the vehicle and his motor boy fled into a thick forest on sighting his men.

According to him, intelligence report had indicated that the Indian hemp was heading for Nigeria from Ghana through Togo and Benin Republic.

The controller stated, “As you can see, we have 101 bags of India hemp and 1,047 blocks of compressed special Indian hemp. According to what we learnt, three years ago, the compressed blocks of hemp sold for N120,000 each in Kaduna; and today, it may go for N150,000.

“If you add the value of the bags, which is N20,000 each, the Indian hemp is worth N159m, or approximately N160m. I know it was God and the efforts of our officers that helped us to intercept this volume of Indian hemp, because it is only God, who knows the damages this could have done to our country and our youths if it had made its way into the country.

The officer in charge of operations, National Drug Law Enforcement Agency in the state, Mr Segun George, commended the men of the NCS for their commitment to rid the country of smuggling.

He said the NDLEA would work with the agency to ensure the destruction of the Indian hemp whenever it got clearance from the headquarters in Abuja.

Meanwhile, two men, Akanbi Kenny and Abidoye Obafemi, caught with a substance suspected to be Indian hemp, were on Wednesday remanded in a correctional facility by a Federal High Court sitting in Osogbo, Osun State.

Appearing before Justice Peter Lifu, the accused pleaded not guilty to the charges preferred against them.

Addressing the court, the counsel for the NDLEA, Mr O. F. Azugo, said the accused committed the offences on Saturday, August 24, 2019, in Ipetu-Ijesa in the Oriade Local Government Area of the state.

Azugo said the NDLEA operatives caught the accused while travelling with the substance.

He maintained that the offences contravene the provisions of Sections 19 and 20 (1)(a) of the National Drug Law Enforcement Agency Act Cap 30, Laws of the Federation, 2004.

The defence counsel, Mr O. N. Benson, had moved an application for the bail of his clients.

Justice Lifu, however, ruled that the accused be remanded in the correctional facility in Ile-Ife.

He adjourned the case till October 30. 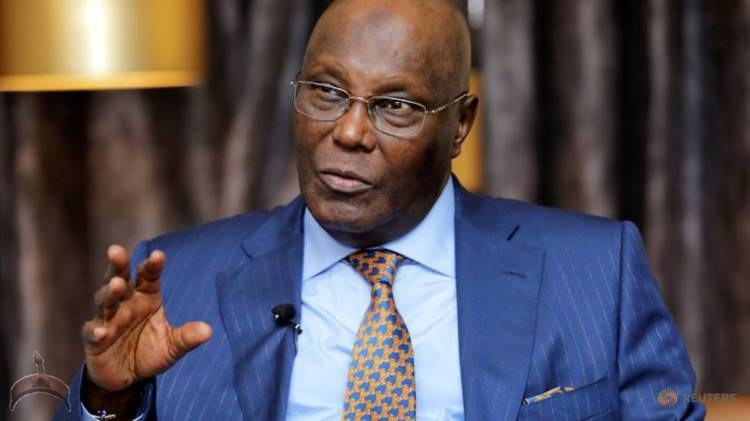