Don't Miss
Home / News From Nigeria / Local News / Shiites: Our Protest Would Not Stop Until El-Zakzaky Is Freed 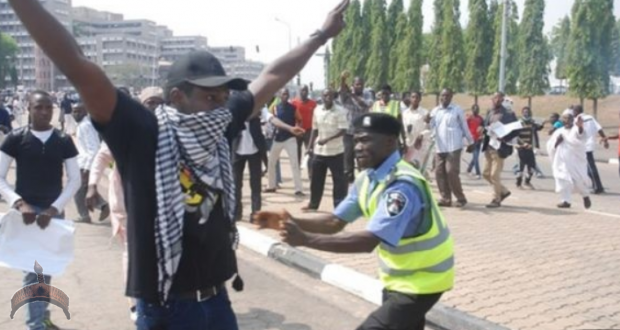 Shiites: Our Protest Would Not Stop Until El-Zakzaky Is Freed

Posted by: AbubakarMuhd in Local News Comments Off on Shiites: Our Protest Would Not Stop Until El-Zakzaky Is Freed

A Nigerian Shiite group on Sunday condemned a court order that allows the government to ban it on “terrorism” grounds after a spate of deadly protests in the capital.

At least six protesters, a trainee journalist and a senior police officer were killed on Monday when violence flared during a march by the Islamic Movement of Nigeria to demand the release of its leader Ibrahim Zakzaky.

It was reported on Saturday that a court in Abuja had granted an order permitting the government to label the IMN’s activities “terrorism and illegality”.

The authorities need to publish the order in the state gazette and two newspapers for it to come into force.

Court and justice ministry sources confirmed the authenticity of the order. The government did not comment officially.

At a news conference in Abuja on Sunday, senior IMN official Yahiya Dahiru condemned the move as a “dangerous development”.

Zakzaky was detained after violence during a religious procession in December 2015. Rights groups say some 350 mostly unarmed Shiite marchers were killed by the Nigerian army.

In recent months there have been repeated clashes during almost daily marches by the IMN in the capital as concerns rise over Zakzaky’s health.

In October, the IMN and human rights groups said more than 40 people were killed when the security forces opened fire.

The Nigerian police this week vowed to crackdown on “violent protests” by the group, with a heavy security presence visible across the capital city.

Zakzaky and his consort Zeenah Ibrahim get been in charge notwithstanding the centralized elevated date ordering his publish in 2016.

The regime refused and filed unsullied criminal charges, together with liable killing that is liable to be punished by by death.

The IMN, which emerged as a scholar interest group in the later than usual 1970s, was inspired by the Islamic revolution in Iran, and has tight ties in the Shiite Islamic country.