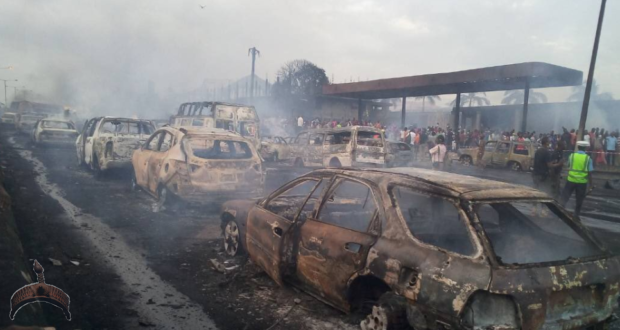 There’s a tanker explosion at Otedola/Ojodu Berger today and over 20 cars were reportedly burnt. The number of casualty in the incident is not ascertained but right now efforts already are in  place as The Lagos Fire Service officers are spotted at the scene.

And calls have already been made to other appropriate authorities to intervene in the sad incident to avert a breakdown of law and order. 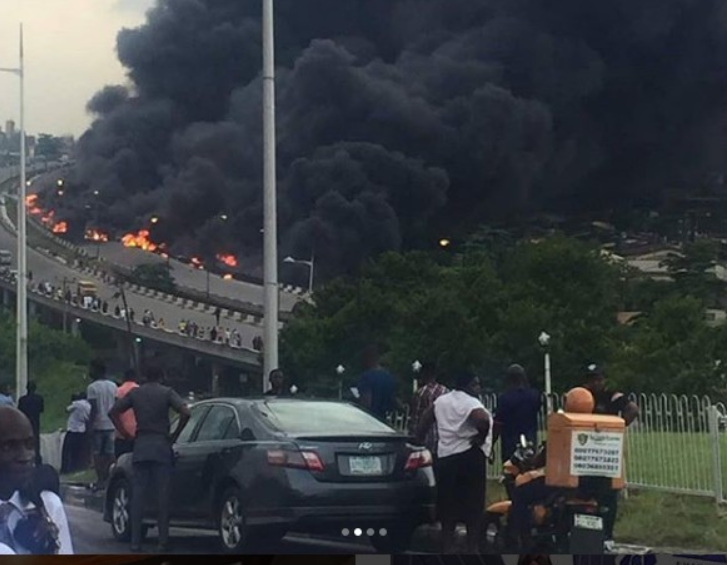 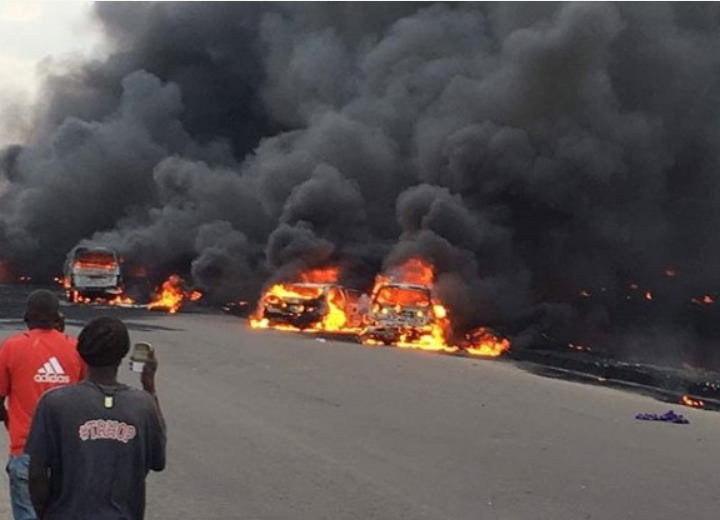 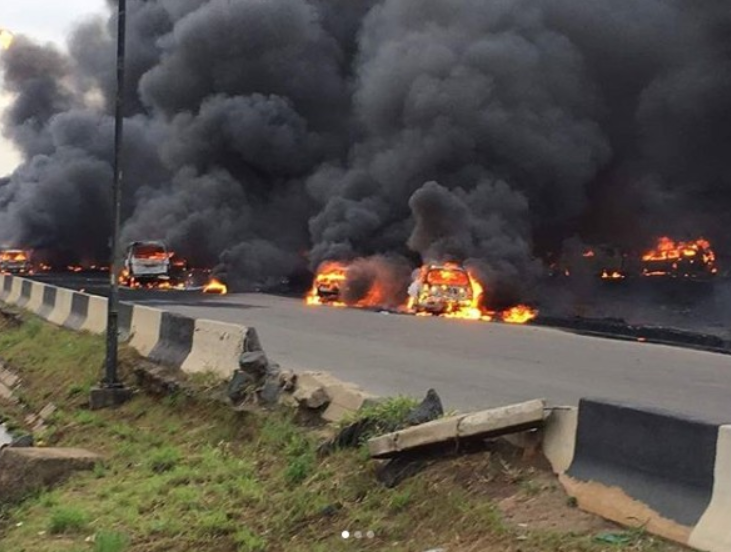 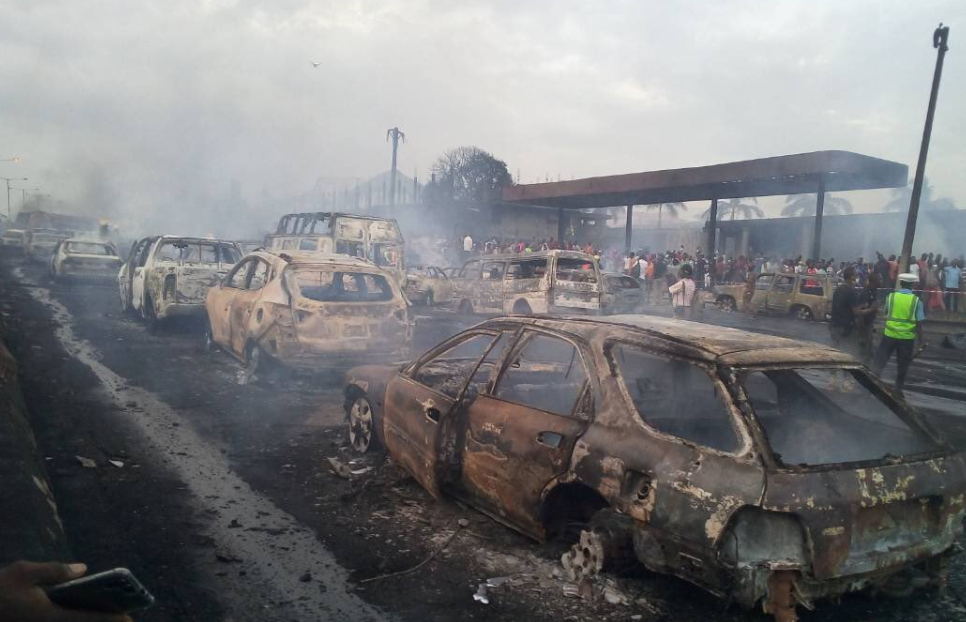 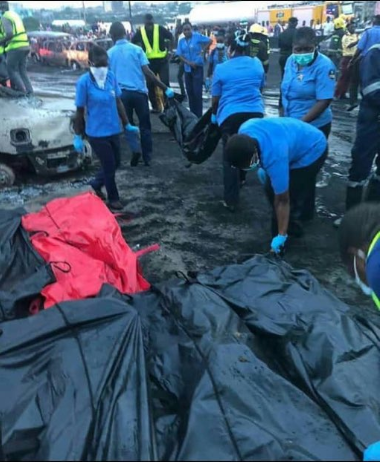 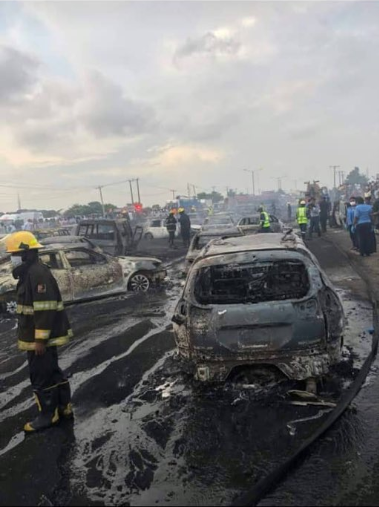 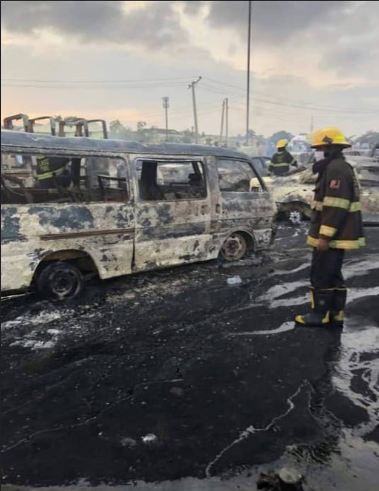 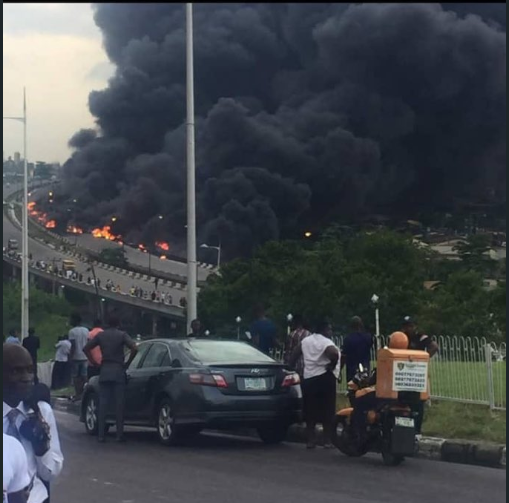 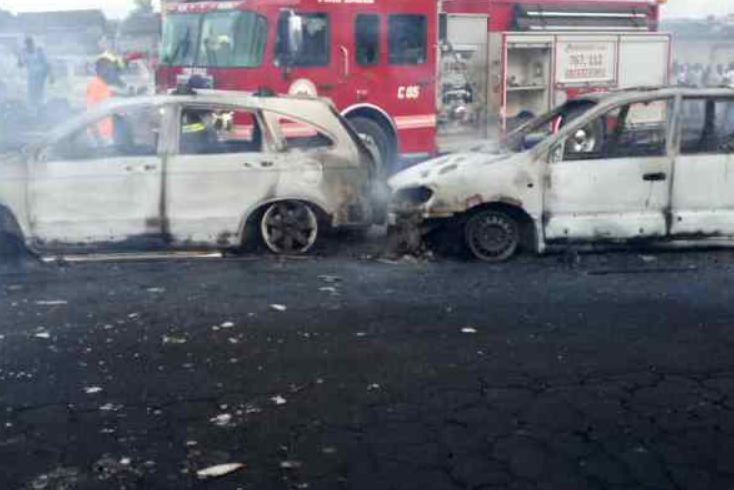 A fuel tanker exploded along Otedola Bridge, Lagos-Ibadan expressway. Over 20 cars burnt and an unknown number of people have been reduced to ashes.

I’m sick to my stomach. @MBuhari, how long will you watch your people suffer like this?#PrayForNigeriapic.twitter.com/r5M5qNavzK

Am Sure by now we all know what happened at Otedola Bridge this Evening, While we are Yet to get score for the Lives that went up in Flames, The Cars that got burnt, Singer Don Jazzy has reacted to the Incident, The mavin boss said its a Bad Omen..
He has already changed his Twitter Avi to Total Darkness, So Sad.. 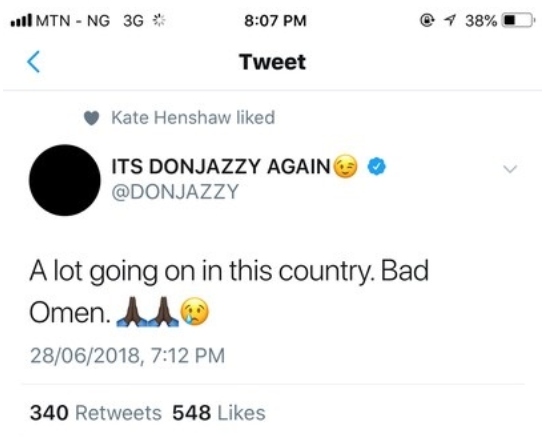 Dankwambo Sympathizes With Families Of Victims

My Sincere condolences to the family of those who lost their lives today in an unfortunate fire incidence that occurred at Otedola Bridge, Lagos. May God grant quick recovery to the injured and eternal repose to the dead.

My Sincere condolences to the family of those who lost their lives today in an unfortunate fire incidence that occurred at Otedola Bridge, Lagos. May God grant quick recovery to the injured and eternal repose to the dead. pic.twitter.com/BLIk29WEqE

President @MBuhari sympathizes with the Government and people of Lagos State, and the victims of the tanker fire incident at the #OtedolaBridge. May the souls of the dead rest in peace, and may God comfort all those who lost loved ones. The entire country mourns with you. 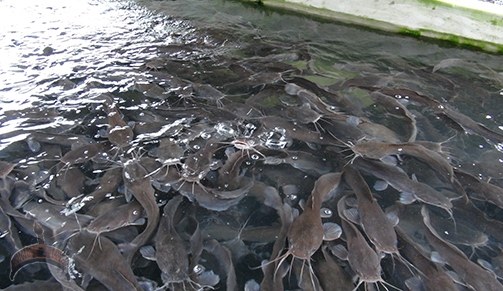 In a bid to ensure food and nutrition safety as well as the health of the populace, the Ogun State government has ordered the indefinite closure of an illegal fish farm belonging to Zhongmulfeng Ecological Development Nigeria Limited, located at Oba in the Obafemi Owode Local Government Area of the state.A statement by the press officers of the ministry, Doyinsola Ajisebutu, and Gbenga Moronfolu, quoted the Director of Fishery, Omolara Ojelade, who led the exercise, explained that the farm was ...