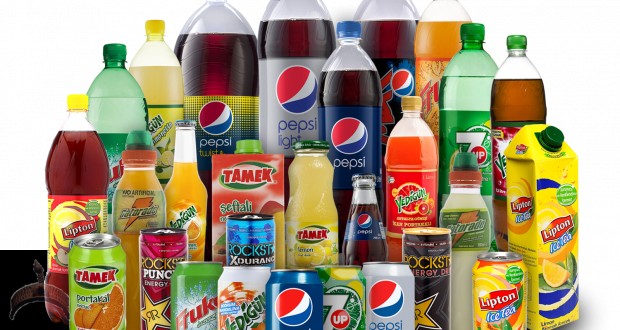 Posted by: Lolade in Local News Comments Off on Tension In Foods, Drinks Sector Over Expatriate Quota Abuse

Industrial unrest is looming in the Food and Beverages sector of the nation’s economy over alleged expatriate quota abuse by multi-nationals and other major companies in the industry.

Already, organised labour has petitioned the Federal Government through the Ministry of Labour and Employment, accusing a major multi-national in the sector of flagrant abuse of expatriate quota.

Vanguard’s investigations revealed that there are no fewer than 456 foreigners in 41 companies in the sector doing jobs Nigerians can conveniently do, with four of such companies accounting for 186 expatriates.

Two of such companies, according to the labour leaders, are a fruit juice processing company based in Lagos and a flour milling giant. The fruit juice firm is said to be holding expatriates in excess of 65 while the flour miller holds 43.

Another beverage (fruit juice) company in a neighbouring state is said to be holding 45 excess expatriates.

According to labour sources, two major bottling companies have 24 excess expatriates, while another based in Ogun State has 11 foreigners in the company without compliance with Nigeria’s expatriate quota rules.

In the beverages sub-sector, four Lagos-based companies have 65, 16, five and four foreigners outside their expatriate quota, while six companies based in Ogun State, have 45, 13, six, six, five, three and three excess expatriates respectively.

Also, two companies in the list (manufacturing biscuits) in Lagos, have 15 and nine foreigners working for them outside their expatriate quota while a company based in Ibadan, Oyo State has no fewer than 30 of such workers.

Similarly, in the confectionery industry, the labour report indicated that two Ibadan, Oyo State-based companies have 14 and five excess expatriates in their establishments.

The labour source also said a noodles manufacturing company in Ogun State, has no fewer than 21 excess expatriates working in the firm.

Four other companies in the sector have two foreigners each, three in Ibadan, Oyo State, have two expatriates each, while three others also in Ibadan, have one each above their quotas.

‘We need expatriates, but…’

Lamenting the situation, a labour leader who spoke to Vanguard on condition of anonymity, said, “With the level of our development, we cannot say we do not need expatriates. We need them in areas where we do not have local expertise. But our grouse is the abuse.

“We have situations where just one expatriate is required but the company comes along with 20 or more who, in every sense of it, are not experts, but mere tools to fight unemployment in their countries, siphon money out of our country and so on.

“In other words, they are coming to take up the few available jobs thousands of Nigerians are struggling for. They have no expertise to impact on or give to Nigerians. In fact, in most cases, it is Nigerians that end up training them.

“Yet they are paid in dollars with each of them receiving Naira equivalent that can employ 10 or more Nigerians.

“The rule guiding expatriate is clear; that is, people with the technical competence not available in Nigeria so that they can come in and train Nigerians for about two or three years.

‘‘After this period, such expatriate will return to his or her country. But what we have today is a situation where they come, spend three years, and at the expiration of their permits, the permits are renewed through whatever means.

“Before you realise it, they become permanent expatriates. In some cases, instead of the expatriate going back, with the connivance of dubious officials and agencies, the expatriate will move from one organisation to another and eventually, before you know it, he or she is given permanent residence permit.

“This is unacceptable to us. We need expatriates, but they must follow due process and comply with rules of engagement.

‘‘Anywhere the Indians, the Lebanese, and generally, the Asians operate, they cause trouble. They are the people causing problem in the industry. They are the ones giving us the most problems in this area.

“We go to our National Joint Industrial Negotiating Council, we do not have large percentage of representation because of these Asians.

“We have told the employers body to call their members to order, especially the Indians. If you go into these companies controlled by Indians you will see what they are using Nigerians to do. It is nothing short of modern slavery.”

Organised Labour in the sector, under the aegis of the National Union of Foods, Beverages and Tobacco Employees, NUFBTE, and its Food, Beverage and Tobacco Senior Staff Association, FOBTOB, counterpart, are not taking the perceived abuse lightly.

President of FOBTOB, Jimoh Oyibo, while decrying the level of expatriate quota abuse in the sector, said:

“We are seriously disturbed by the increase in the number that has flooded the companies in our industry. This is disheartening and unacceptable to us. This attitude alone has led to continuous taking over of jobs that are exclusive rights of indigenous workers.

“Although, we have tackled the menace headlong in the past and I am using this medium to state that we will continue the struggle to save our jobs.”

Speaking to Vanguard, the Acting General Secretary of NUFBTE, Mike Olarewaju, said, “Our union views this practice of abusing expatriate quota as a deliberate sabotage to Nigerian economy as well as a subtle channel for capital flight.

“In the same vein, it is a threat to job dignity and employment opportunities of Nigerians. ‘‘Consequently, our union outrightly condemns this practice.

“The so-called expatriates are being engaged in various departments including, Production, Supply Chain, Sales, Engineering, Quality Assurance and Stores among others,

‘‘Our Union has made several reports and protests to relevant ministries and other statutory bodies.”

The union, Vanguard gathered, has decided to tackle the abuse on company-to-company basis, and is presently battling a soft drink company, over alleged “persistent influx of expatriate and flagrant disregard to Presidential Executive Order 5”.

In a petition addressed to the Minister of Labour and Employment, Senator Chris Ngige, NUFBTE through its Acting General Secretary, Mike Olarewaju, among others, stated: “Further to our letters on the above subject particularly reference to our letters dated 10th September,2017, 3rd October, 2017 and 17th January, 2020 respectively.

“It is extremely sad and depressing to observe that the management of this company (name witheld) has continuously flouted with impunity the tenets of our previous mutual understanding by pervading deliberate acts of disobedience to the intents and contents of the letters under reference which undoubtedly amounts to unconscionable violation of the presidential executive order “5” with impunity.

“Despite the unambiguous positions of our union as duly enunciated in our previous letters and meetings where your management promised to checkmate the trend, however, it is evidently clear that your management has continued unabatedly to engage in glaring acts of degradation and subjugation of Nigerians working in the company.

“Consequently, our union has resolved to frontally checkmate this undesirable practice of unfair labour practice of perpetuating and relegating Nigerians to second class citizens in Nigeria by depriving them from occupying some management positions while at the same time your management provocatively reserves the positions exclusively for non- Nigerians.

“Without mincing words, this oppressive practice is despicable, condemnable, provocative and outrightly unacceptable.”

NUFBTE added that it expects the management of the soft drinks company to act wisely to save the emerging situation from altering the existing industrial harmony.”

Vanguard found that but for the intervention by the appropriate ministry, which has already summoned the management of the soft drinks company and asked it to respond to the petition among others, NUFBTE would have started an industrial action.

According to a labour source, the Ministry has directed the company to provide detailed list of foreigners or expatriates working in the company and their educational qualifications.

Efforts to speak with the management of the company on the development were unsuccessful.

A senior management personnel who volunteered information on condition of anonymity, acknowledged that the issue is before the Ministry of Labour and Employment and the company will only respond to the ministry’s query for now.

In the same vein, all attempts to speak with the leaders of the Association of Food, Beverage and Tobacco Employers, AFBTE, the umbrella body for employers in the sector, hit a brick wall.

An official of the association, however, told Vanguard that the “issue of expatriates are handled by the individual companies. The employers’ body has no role to play.”

Equally, efforts to speak with the officials of the Ministry of Interior were rebuffed.

Neither questions sent to one of the aides of the Minister after an initial telephone contact on October 28, has been responded to nor several calls since then till the press time.