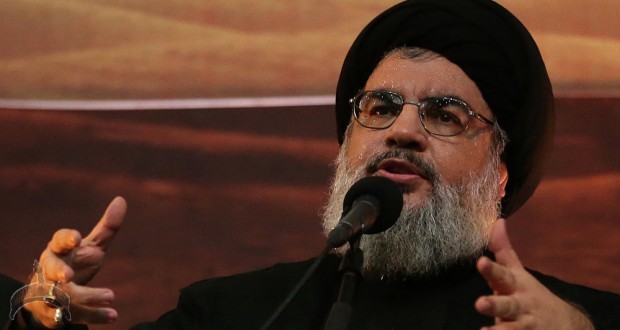 Any military aggression against Iran will drag entire Mideast into chaos: Nasrallah

Posted by: BalogunAdesina in World News Comments Off on Any military aggression against Iran will drag entire Mideast into chaos: Nasrallah

https://www.presstv.com/Detail/2019/07/19/601344/Entire-Middle-East-will-drag-into-hiatus-in-case-war-waged-on-Iran-Nasrallah
In this undated file picture, the Secretary General of the Lebanese Hezbollah resistance movement, Sayyed Hassan Nasrallah (R) meets with Iranian parliament speaker’s special advisor on international affairs, Hossein Amir-Abdollahian, in Beirut, Lebanon.
The secretary general of the Lebanese Hezbollah resistance movement has warned the US that any military aggression against Iran will drag the entire Middle East into disarray, stressing that Washington will definitely not be the one who determines the end of such a scenario.
“As Leader of the Islamic Revolution (Ayatollah Seyyed Ali Khamenei) has said, the US is not capable of imposing a military war on Iran. The White House knows that if a war against Iran happens, the entire region will get entangled, and the US will not be the one who finishes it,” Sayyed Hassan Nasrallah said in a meeting with the visiting Iranian parliament speaker’s special advisor on international affairs, Hossein Amir-Abdollahian, in Beirut on Friday.
Tensions have been running high between Tehran and Washington since last year, when US President Donald Trump unilaterally withdrew the US from the 2015 multilateral nuclear deal, officially known as the Joint Comprehensive Plan of Action (JCPOA), and unleashed the “toughest ever” sanctions against the Islamic Republic.
Recently, the US has taken a quasi-warlike posture against Iran and stepped up its provocative military moves in the Middle East, among them the June 20 incursion of an American spy drone into the Iranian borders.
The Islamic Revolution Guards Corps (IRGC) shot down the advanced US-made RQ-4 Global Hawk over Iran’s territorial waters off the coastal province of Hormozgan after the unmanned aircraft breached the country’s airspace on a spying mission.
Nasrallah then described resistance as the sole and most efficient option in the face of the Israeli regime’s crimes, acts of aggression and excessive demands.
He also lauded Iran’s political and democratic plan for a referendum among all historic residents of Palestine, inclusive of Muslims, Christians and Jews, as realistic and logical.
“The occupying Zionists, however, are the most irrational creatures on the earth, and do not understand anything other than the discourse of resistance,” the Hezbollah chief noted.
He further termed Trump’s controversial proposal for “peace” between the Israeli regime and Palestinians, dubbed “the deal of the century,” as hollow, stating that the Zionists are the root cause of corruption and insecurity in the region.
Nasrallah also highlighted that Hezbollah bears no grudge against Jews, warning members of the religious community not to play in the hands of Zionists’ land grab policies.
The Hezbollah secretary general emphasized that the anti-Israel resistance front is now in its best form even though the US and the Israeli regime continue with their fiendish moves in the region.
“Americans are seeking to impede the purge of the last remnants of terrorists in Syria, and are prolonging the (Syrian) crisis through various means in a bid to prevent the return of Syrian refugees to their homeland. They will fail in their interventionist policies in the region though,” Nasrallah concluded.
Amir-Abdollahian, for his part, congratulated Hezbollah’s victory during the 33-day war in July 2006, and discussed latest regional and international developments besides bilateral political and parliamentary relations between Tehran and Beirut with the Hezbollah chief.
Iran Lebanon 2019-07-21
BalogunAdesina 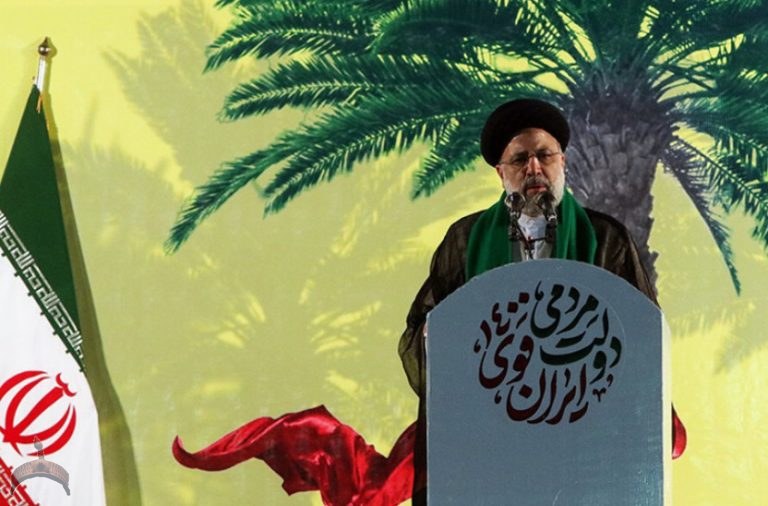 Iran’s president-elect will ‘Look East’ while seeking to exit ‘strategic patience’ when dealing with the US By Pepe Escobar posted with permission and first posted at AsiaTimes In his first press conference as President-Elect with 62% of the votes, Ebrahim Raeisi, facing a forest of microphones, came out swinging and leaving nothing to the imagination. On the JCPOA, or Iran nuclear deal, the dossier that completely obsesses the West, Raeisi was clear: – the US must immediately return to the JCPOA that Washington ...