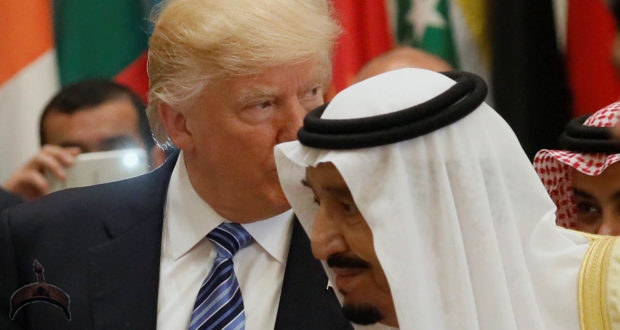 Blood on the tracks of the New Silk Roads: Qatar chaos sends ripples of economic anxiety across the region

Posted by: BalogunAdesina in Breaking News, World News Comments Off on Blood on the tracks of the New Silk Roads: Qatar chaos sends ripples of economic anxiety across the region

by Pepe Escobar for the Asia Times

hina’s cardinal foreign policy imperative is to refrain from interfering abroad while advancing the proverbial good relations with key political actors – even when they may be at each other’s throats.

Still, it’s nothing but gut-wrenching for Beijing to watch the current, unpredictable, Saudi-Qatari standoff. There’s no endgame in sight, as plausible scenarios include even regime change and a seismic geopolitical shift in Southwest Asia – what a Western-centric view calls the Middle East.

And blood on the tracks in Southwest Asia cannot but translate into major trouble ahead for the New Silk Roads, now rebranded Belt and Road Initiative (BRI).

When he said, on the record, “I decided … the time had come to call on Qatar to end its funding [of terrorism]”, President Trump essentially took credit for the Saudi/UAE-orchestrated excommunication of Doha, the aftermath of his now notorious sword dance in Riyadh.

Trump’s senior staff though maintains that Qatar never came up in discussions with the Saudis. Secretary of State Rex Tillerson, former Exxon-Mobil CEO and a certified old Middle East hand, has done his best to defuse the drama – conscious there would be no reason for Qatar to continue hosting Al Udeid Air Base and Centcom to a hostile superpower.

Meanwhile, Russia – the Beltway’s favorite evil entity – is getting closer and closer to Qatar, ever since the game-changing acquisition in early December by the Qatar Investment Authority (QIA) of 19.5% of the crown energy giant Rosneft.

That translates into an economic/political alliance of the world’s top two gas exporters; and that explains why Doha – still holding a permanent office at NATO’s HQ – has abruptly thrown its “moderate rebels” in Syria under the (economic) bus.

Russia and China are bound by a complex, multi-vector strategic partnership. Beijing, privileging economic interests, takes a pragmatic view and is never inclined to play a political role. As the world’s biggest manufacturer and exporter, Beijing’s motto is crystal clear: Make Trade, Not War.

But what if Southwest Asia is mired in the foreseeable future in a permanent pre-war footing?

China is Qatar’s top trading partner. Beijing was actively negotiating a free trade agreement with the Gulf Cooperation Council (GCC) before the current standoff. Moving forward, a possible scenario is Qatar even pulling out of the GCC.

When King Salman recently visited Beijing, the House of Saud ecstatically spun a “Sino-Saudi strategic partnership” based on the signing of deals worth $65 billion. The partnership, in fact, hinges on a five-year Saudi Arabia-China security cooperation agreement that includes counter-terrorism and joint military drills. Much will have to do with keeping the profitable Red Sea-Gulf of Aden corridor free of political turmoil.

Of course, eyebrows may be raised over the fact that Saudi Arabia’s Wahhabism is the ideological matrix of Salafi-jihadism threatening not only Southwest Asia and the West but also China itself.

The New Silk Roads/BRI imply a key role for the GCC – in a mutual investment, trademark Chinese “win-win” way. In an ideal world, the Saudi “Vision 2030” modernizing plan breathlessly being sold by Warrior Prince Mohammed Bin Salman (MBS) could, in theory, even reign in the appeal of Salafi-jihadism of the Daesh variety all across Southwest Asia.

What the Iranophobic MBS seems not to understand is that Beijing actually privileges its BRI-based economic relationship with Tehran.

Early last year, when President Xi Jinping visited Tehran, he and President Rouhani pledged to raise Chinese-Iranian bilateral trade to a whopping $600 billion in 10 years, most of it related to BRI expansion 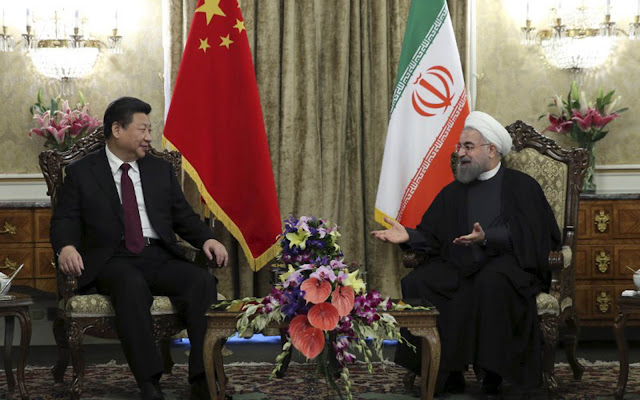 China and Iran have been doing serious business. For over a year now, direct China-Iran cargo trains have been crossing Central Asia in only 12 days. That’s just the appetizer for high-speed rail connectivity spanning the arc from China to Turkey via Iran in the early 2020s.

And in a (distant?) future, a pacified Syria will also be configured as a BRI node; before the war, Syrian merchants were a top fixture in the trading-in-small-goods Silk Road running from the Levant to Yiwu in eastern China.

BRI does Turkey, Egypt and Israel

China’s Maritime Silk Road is not about a threatening “string of pearls” – but mostly about port infrastructure, built by Chinese companies, configuring key BRI stops from the Indian Ocean via the Red Sea and Suez all the way to Piraeus port in the Greek Mediterranean. Piraeus is owned and operated by China’s COSCO since August 2016; this upgraded, modern container hub for trade between East Asia and the West is already the fastest-growing port in Europe.

For his part, Turkey’s President Recep Tayyip Erdogan has already made it clear that Turkey’s national interests involve “the Suez Canal, the adjacent seas, and from there extending to the Indian Ocean.” As much as Ankara has set up a base in Qatar – with soldiers now flowing in – it has also established a Turkish-Saudi Strategic Cooperation Council.

Ankara may have been slowly and surely engaged in a strategic pivoting to Russia – as in the go-ahead for Turkish Stream. Yet that also qualifies as a pivot to China – expected to develop, bumps included, in all key areas, from membership of the Asia Infrastructure Investment Bank (AIIB) to membership of the Shanghai Cooperation Organization (SCO).

Both Turkey and Iran – a possible full member of the SCO as early as next year – are actively supporting Qatar in the current standoff, including via regular food shipments. That shows once again how Beijing simply cannot allow itself to be dragged politically into what is essentially the vicious, intractable Iran-Saudi regional power war. Once again; BRI trumps everything.

Egypt poses an extra problem. It aligns with Riyadh in the current standoff; after all Field Marshall President Al-Sisi depends on the House of Saud “largesse”.

In Egypt, the new Singapore-sized capital east of Cairo is essentially being financed by Chinese investment; $35 billion by the end of last year, and counting. Extra bonuses include Beijing facilitating currency swap deals – providing a much-needed boost to the Egyptian economy. Ahmed Darwish, chairman of the Suez Canal Economic Zone, has nothing but praise to the top investor in the Suez Canal Corridor, which happens to be Beijing.

And then there’s the budding Israeli-Chinese connection. Israel backs the Saudi-UAE anti-Qatar blitzkrieg essentially as yet another proxy war front against Iran.

China is bidding to build the Red-Med high-speed rail connecting the Red Sea to the Mediterranean. If the proverbial sea of containers can be accommodated near Eilat, the Chinese will be able to transship cargo via the Red-Med railway directly to Piraeus – an alternative route adding to the already Chinese-involved Suez Canal Corridor.

It’s fair to argue that from now on everything that happens across Southwest Asia will be conditioned by, and interlocked with, BRI’s land-sea superhighway emporium from East Asia and Southeast Asia to southeastern Europe.

Focused on BRI’s comprehensive drive for multipolarization, “inclusive” globalization 2.0, and the rapid spread of information technology, the last thing Beijing needs is a throwback to the past; a foolish, manufactured standoff as the new front in an existential proxy war between the House of Saud and Iran, and with Saudi Arabia, the UAE, Egypt and Israel pitted against Qatar, Turkey, Iran – and Russia.

Talk about sleepless nights in the Zhongnanhai these days. 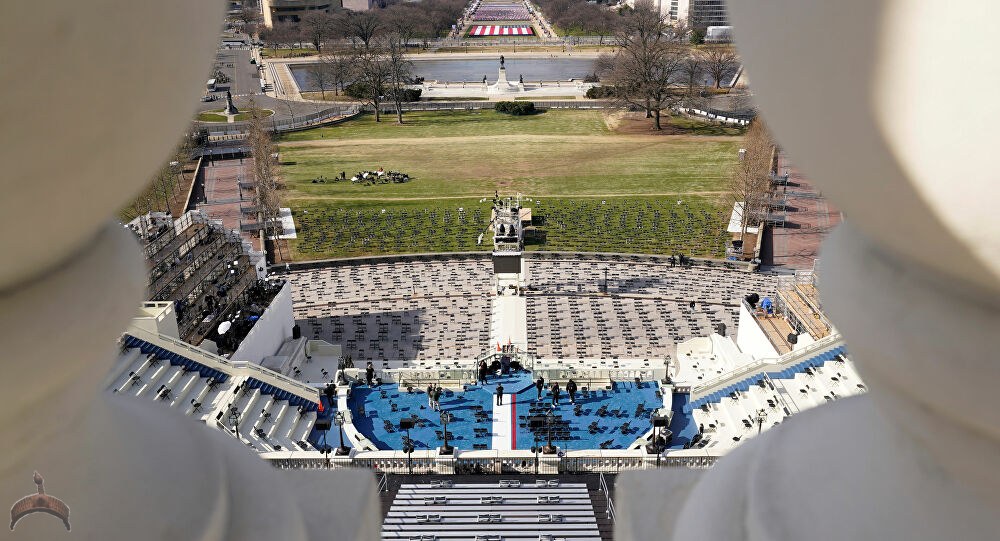 The US capital has enhanced security in a unprecedented manner in the lead-up to President-elect Joe Biden’s inauguration, practically closing the town to people and calling in 25,000 National Guard troops to make certain security during the function – in the lack of Donald Trump – for anxiety about ripple ramifications of the 6 January unrest. The inauguration is likely to take place under increased security in the wake of the storming of the US Capitol building by supporters of ...