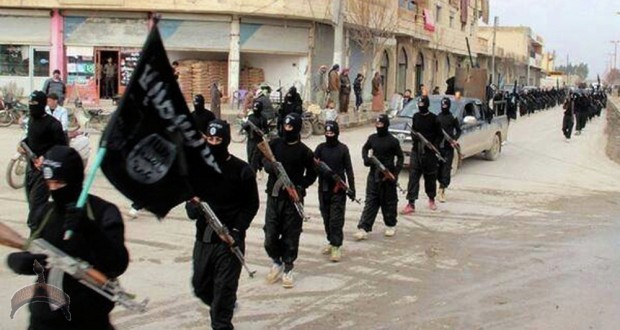 Posted by: BalogunAdesina in World News Comments Off on Brutal ISIL Executioner turns out as Norwegian Citizen

According to reports in Norway, the Islamic State executioner who was caught on camera earlier this year decapitating a man on a street in Raqqa, Syria is a Norwegian national.

The Islamic State fighter who was filmed earlier this year decapitating a man on the street in the Syrian city of Raqqa, goes by the name of Abu Shahrazaad al-Narwegi, meaning ‘from Norway’ in Arabic, reports the Norwegian newspaper Dagblatt, which quotes sources in Syria. The Norwegian authorities told the newspaper they “have no comment on this matter.”The newspaper reports that more than 70 Norwegians have traveled to Syria to fight for one of the radical groups taking part in the country’s civil war, according to the country’s security services. Of those, at least ten have been killed fighting in Syria, and around 20 have returned to Norway.

One of those traveling to Syria has been identified as Bastian Alexis Vasquez, a 25-year-old of Norwegian and Chilean descent from the town of Skien, who came to police attention after he released a video in 2011 where he criticized Norway’s military efforts in Afghanistan. According to the Norwegian press, Vasquez has since made his way to Syria, where he goes by the name of Abu Safiyya, and acts as an intermediary for the Islamic State.

In a recent interview with Sweden’s newspaper Expressen, Syrian President Bashar al-Assad said he had information that “the most dangerous leaders of the Islamic State in our region are Scandinavian.” According to Lieutenant General Kjell Grandhagen from the Norwegian intelligence services, some Norwegians have risen to “middle management functions” within the Islamic State. One of those holding a leadership position is believed to be a Norwegian Eritrean from Skien, on Norway’s south coast, who became an Islamic State commander last summer.