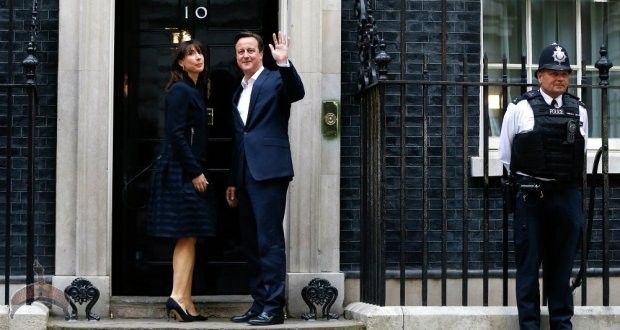 Posted by: Lolade in World News Comments Off on David Cameron Sweeps to Victory in UK Election Shock

British Prime Minister David Cameron has shot to victory against all predictions in the general election that has seen his Labour opponent Ed Miliband trounced and his former Liberal Democrat coalition partners decimated. 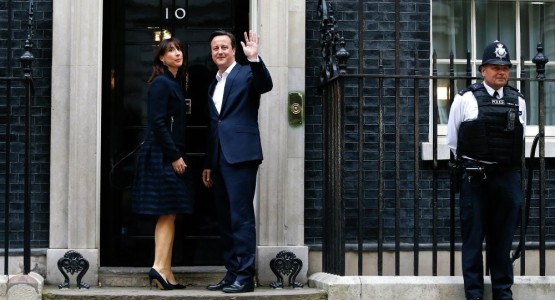 After opinion polls — for weeks — have been predicting a hung parliament, with no one party able to gain a majority, the polls proved otherwise. In an amazing night, the Scottish Nationalists swept through almost every constituency north of the border. They routed the Labour Party, even deposing its Scottish leader Jim Murphy. By midday UK time, the Tories had 325 seats — enough, by discounting the Speaker’s vote, to gain a majority.

The Liberal Democrats — having shared power in the coalition with the Conservative Party since 2010 — were decimated, losing nearly 50 seats in all. The party’s leader, Nick Clegg, gave a downbeat speech after winning his seat and is widely predicted to step down as party leader. For Labour, it was the rout in Scotland that largely cost them their political edge, but they also failed to make inroads in England. For Ed Miliband — who fought off his own brother for the leadership of the party — the future looks bleak. Ultimately, the voters did not believe him on the economy. Several big names fell at the election: Labour’s Ed Balls- who may have been chancellor — lost his seat, as did the former Business Secretary, the Liberal Democrat, Vince Cable. Former Liberal Democrat leader Charles Kennedy lost his seat too. Shadow foreign secretary Douglas Alexander was beaten by 20-year-old student Mhairi Black and controversial Respect Party MP George Galloway was forced out in Bradford West. Anti-Europe party UKIP leader Nigel Farage lost in Thanet South and failed to get a seat in parliament, leaving his party with only one seat.

No End to Cameron’s Woes David Cameron now has a working majority — helped by the Democratic Unionist Party in Northern Ireland — yet he has several headaches to look forward to. First, he has to address the Scottish issue. Scotland voted against independence in September 2014, but not until Cameron and the other major party leaders had promised more powers to Holyrood. With a resounding win for the Scottish Nationalists in the general election, Cameron will have to find a way of delivering on those promises, while also assuaging the desires of his English, Welsh and Northern Irish communities for more local powers. In his victory speech at his Witney constituency, Cameron said: “My main aim is simply to govern on the basis of governing for everyone in our United Kingdom.”

My thanks to everyone who voted @theSNP yesterday. You made your voice heard and we will make Scotland’s voice heard at Westminster #GE15

But he received a warning from former Scottish First Minister Alex Salmond — himself newly elected as an MP in Westminster — who said Cameron will have “no legitimacy whatsoever in Scotland” after the Scottish Nationalists took 56 out of 59 seats in the country. Second, Cameron will have to rethink his relationship with his own back-benchers. Although he was won a House of Commons majority — a rare feat in managing to increase his number at an election — he now has trouble on his hands. Whereas he was able to keep his MPs in tow during the difficult years of sharing power with the Liberal Democrats, this time around he has to be prepared for back-bench revolts. In 2010, he failed to achieve a majority, which meant he could keep control of all of his MPs without too much intervention from the party whips. In 2015 he has gained a majority. But that empowers his back-benchers more than ever before. Cameron may have won a majority, but his grip on his party remains to be tested. The final failure of the evening was the resurgent anti-Europe UKIP party which failed to turn its 18 percent share of the vote into any sizeable seats in parliament.

Many — including its MP from Clacton-on-Sea, Douglas Carswell — are calling for reform of the voting system.