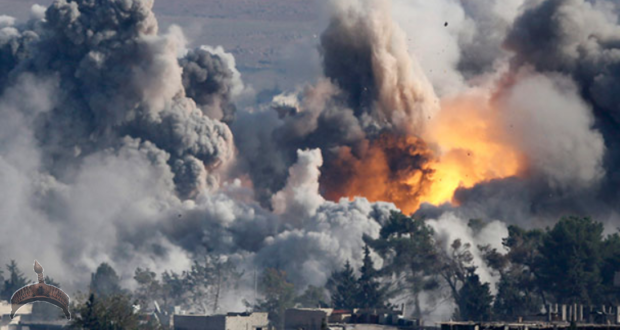 Everybody understands the importance of the dollar system as the Achilles heel for the US empire yet oddly, when analysing imperial action of Warshington of the last decades, the focus is usually on ideologies like Zionism or American exceptionalism, or on at most partial aspects such as fossil fuels and pipelines. Another focus, favored mainly among Americans, is that America once was great but now has lost track somehow. I still think that the means of production, or in case of the US selling dollar annotated debt masked as investment, is far more paramount for US decision-making than ideology or oil, and that America hadn’t lost track but instead desperately tries to hold on to its track.

First, a few words about America’s track. The imperialists of the US regime desperately cling to their empire, that’s a classic, that’s what imperialists do. The Nazis clung to their short-lived empire until Germany was in ruins, the Romans clung to theirs until defeated, and the British struggle during WW2 was far more about preserving theirsthan it was about defeating Nazi Germany. Empires usually don’t dismantle themselves. But it’s also the American people, serfs to the empire, who are desperately clinging. That’s what I found so appalling about the Occupy movement. These millennial brats had no political agenda but to demand their cheap flat screens back from the banksters. They didn’t want change, they wanted continuity. The same is true for the so-called “alt-right” movement who have zero political agenda for a better future. They lament the present while dreaming of a past 1950s/1960s America that has never even really existed. When they say America has lost its track, they might have Middle Eastern wars in mind, but that’s rubbish because there is nothing new or different in these wars than in any wars Warshington had fought before against the Natives, their own Southern brethren, Mexico, Spain, Philippines, Korea, Vietnam, you name it, and the meddling on Maidan is in no way different to what they’ve been doing in Latin American countries since the mid 19th century. Psychologically, I think, what they mourn is that the mask has fallen off and that they cannot go back to that cozy, simple, and ignorant lifestyle they had been able to enjoy up until 9/11.

To me the US empire is an historic aberration of humanity. With its genesis, its unparalleled level of violence, the categorically insolidary and segregated society and surreal consumer culture it has created, and the delusional ideology and mythology with which it justifies itself based on a borderline psychotic Messiah complex (Manifest Destiny), it represents an exceptional oddity among nations. But beyond its mental problems there is a cold, hard fact – at least within the realm of capitalism – that explains the actions and reactions of US imperialism throughout the years, especially in recent decades. It is both fuel and failure of the empire: the dollar as the world’s reserve currency, or rather the system behind it which consists of masquerading and selling debt as investment.