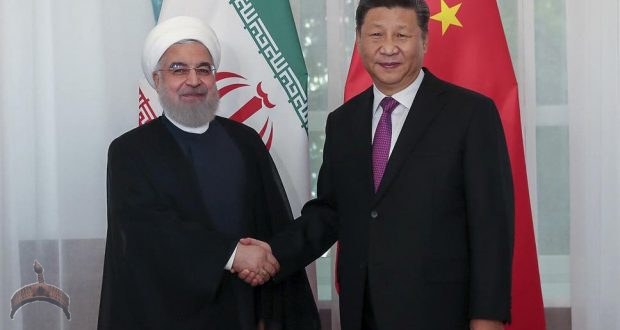 Posted by: BalogunAdesina in World News Comments Off on Iran-China pact turbocharges the New Silk Roads

By Pepe Escobar – republished from Asia Times by permission of author

Two of the US’s top “strategic threats” are getting closer and closer within the scope of the New Silk Roads – the leading 21st century project of economic integration across Eurasia. The Deep State will not be amused.

That was complemented by President Rouhani’s chief of staff, Mahmoud Vezi, who said that “a destructive line of propaganda has been initiated and directed from outside Iran against the expansion of Iran’s relations with neighbors and especially (with) China and Russia.”

Vezi added, “this roadmap in which a path is defined for expansion of relations between governments and the private sectors is signed and will continue to be signed between many countries.”

To a great extent, both Mousavi and Vezi were referring to a sensationalist report which did not add anything that was not already known about the strategic partnership, but predictably dog-whistled a major red alert about the military alliance.

The Iran-China strategic partnership was officially established in 2016, when President Xi visited Tehran. These are the guidelines.

Two articles among the 20 listed in the agreement are particularly relevant.

And item 10 praises Iran’s membership of the AIIB: “The Chinese side appreciates Iran’s participation as a ‘Founding Member’ of the Asia Infrastructure Investment Bank. Both sides are willing to strengthen their cooperation in the relevant areas and join their efforts towards the progress and prosperity of Asia.”

So what’s the deal?

The core of the Iran-China strategic partnership – no secret whatsoever since at least last year – revolves around a $400 billion Chinese investment in Iran’s energy and infrastructure for the next 25 years. It’s all about securing a matter of supreme Chinese national interest: a steady supply of oil and gas, bypassing the dangerous bottleneck of the Strait of Malacca, secured with a median 18% discount, and paid in yuan or in a basket of currencies bypassing the US dollar.

Beijing will also invest roughly $228 billion in Iranian infrastructure – that’s where the AIIB comes in – over 25 years, but especially up to 2025. That ranges from building factories to badly needed energy industry renovation, all the way to the already in progress construction of the 900 km-long electric rail from Tehran to Mashhad.

Tehran, Qom and Isfahan will also be linked by high-speed rail – and there will be an extension to Tabriz, an important oil, gas and petrochemical node and the starting point of the Tabriz-Ankara gas pipeline.

All of the above makes total sense in New Silk Road terms, as Iran is a key Eurasian crossroads. High-speed rail traversing Iran will connect Urumqi in Xinjiang to Tehran, via four of the Central Asian “stans” (Kazakhstan, Kyrgyzstan, Uzbekistan and Turkmenistan) all the way to West Asia, across Iraq and Turkey, and further on to Europe: a techno revival of the Ancient Silk Roads, where the main language of trade between East and West across the heartland was Persian.

The terms of aerial and naval military cooperation between Iran and China and also Russia are still not finalized – as Iranian sources told me. And no one has had access to the details. What Mousavi said, in a tweet, was that “there is nothing [in the agreement] about delivering Iranian islands to China, nothing about the presence of military forces, and other falsehoods.”

The same applies to – totally unsubstantiated – speculation that the PLA would be granted bases in Iran and be allowed to station troops in Iranian territory.

Last Sunday, Foreign Minister Mohammad Javad Zarif stressed Iran and China had been negotiating “with confidence and conviction” and there was “nothing secret” about the agreement.

Iranian, Chinese and Russian negotiators will meet next month to discuss terms of the military cooperation among the top three nodes of Eurasia integration. Closer collaboration is scheduled to start by November.

Geopolitically and geoeconomically, the key take away is that the US relentless blockade of the Iranian economy, featuring hardcore weaponized sanctions, is impotent to do anything about the wide-ranging Iran-China deal. Here is a decent expose of some of the factors in play.

The Iran-China strategic partnership is yet another graphic demonstration of what could be deconstructed as the Chinese brand of exceptionalism: a collective mentality and enough organized planning capable of establishing a wide-ranging, win-win, economic, political and military partnership.

It’s quite instructive to place the whole process within the context of what State Councilor and Foreign Minister Wang Yi stressed at a recent China-US Think Tanks meeting, attended, among others, by Henry Kissinger:

“One particular view has been floating around in recent years, alleging that the success of China’s path will be a blow and threat to the Western system and path. This claim is inconsistent with facts, and we do not agree with it. Aggression and expansion are never in the genes of the Chinese nation throughout its 5,000 years of history. China does not replicate any model of other countries, nor does it export its own to others. We never ask other countries to copy what we do. More than 2,500 years ago, our forefathers advocated that ‘All living things can grow in harmony without hurting one another, and different ways can run in parallel without interfering with one another’”. 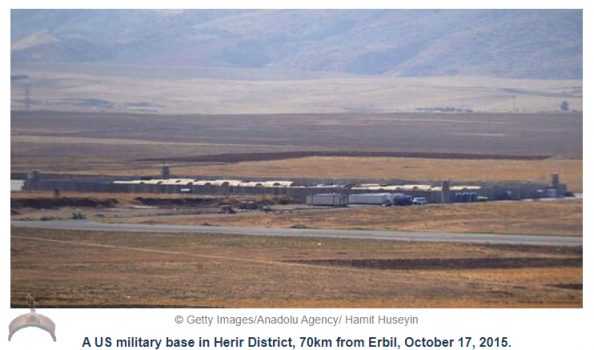