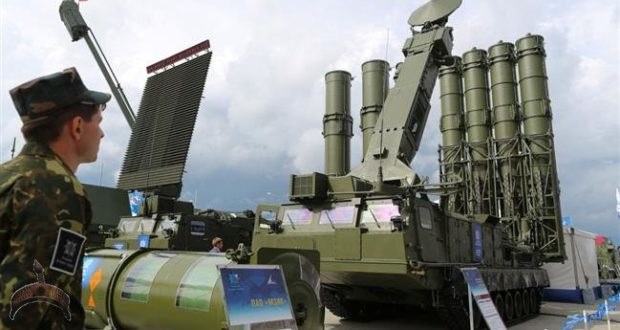 According to the report, the supplied systems will protect the Syrian coastal area as well as the country’s borders with Israel, Lebanon, Jordan and Iraq.

“The delivery will be started with two-four [sets of S-300], and then, if it’s needed, this number can be expanded to six-eight,” Kommersant’s source stated commenting on the epxected number of the systems, which would be delivered.

On the same day, Vladimir Ermakov, Director of the Department for Nonproliferation and Arms Control of the Russian Foreign Ministry, stated that the arguments of states, who previously asked not to deliver S-300 systems to Syria, had no effect anymore.

“There is nothing at all in the area of reduction of strategic offensive weapons, missile arsenals and nuclear weapons, but the Russia-US agreements. And the current situation allows to assume that the probability of concluding some new agreements in the coming years is not very high,” Ermakov said during a press conference.

He also commented on claims by US National Security Adviser John Bolton that the S-300 delivery would  be a “significant escalation”. The diplomat responded by saying that the supplies will in fact contribute to the stabilization of the region.

“The systems are purely defensive, so when the US says that defensive weapons are undermining its national security, it’s fudging,” Ermakov stated. “In fact, such actions will lead to the stabilization of the region, because we will be able to close the airspace where necessary, and, first of all, our servicemen who fulfill their international duty at the invitation of the Syrian government will be protected.”