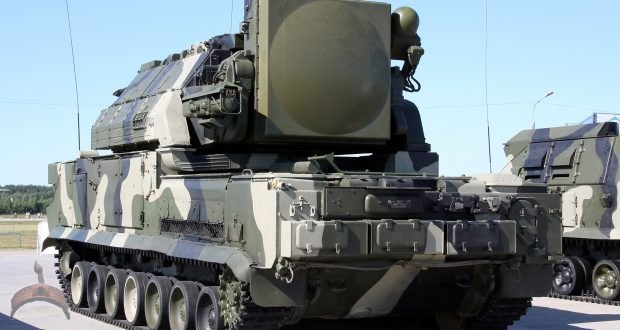 Posted by: BalogunAdesina in World News Comments Off on Russian Tor Surface-To-Air Missile Systems Shot Down 45 Drones In Syria

“Since the start of combat duty, the calculations of the Tor combat vehicles targeted over 45 UAVs crafted by militants”, Leonov said in an interview with the National Defense magazine.

Tor missile systems, alongside with short range Pantisr-S and long rage S-400 systems are the core of the air defense capabilities of the Russian military group deployed in Syria. In 2019 alone, Russian forces intercepted 53 UAVs and 27 rockets fired towards the Hmeimim airbase.

In 2020, the intensity of UAV and rocket attacks on Russian military facilities in western Syria decreased. The main reason is the successful counter-terrorism operations in the southern part of the Idlib de-escalation zones in previous years that allowed for the destruction of infrastructure used by militants for such attacks.

Meanwhile, the militant-held part of Greater Idlib remains in a state of constant chaos even without any large-scale clashes involving the Syrian Army.

On June 15, the head of Jaish al-Suqour, Abu Husain, was assassinated south of the village of Ariha. Another militant commander, Abu Usama, was injured in the incident. Usama is a member of Liwa al-Hansa. Both Jaish al-Suqour and Liwa al-Hansa are a part of the coalition of Turkish-backed militant groups known as the National Front for Liberation. Pro-government sources say that the assassination indicates the ongoing undercover conflict between militant groups directly controlled by Turkey and their more independent counterparts.

Turkey and its proxies seek to expand their influence and gain additional leverage to put pressure on Hayat Tahrir al-Sham, the Turkistan Islamic Party, Horas al-Din and other militarally capable organizations. On the other hand, these groups resisting Turkish attempts to do so are simultaneously continuing to receive financial and military support from Ankara.

On June 16, the Syrian Army sent reinforcements to the contact line with Hayat Tahrir al-Sham and other militants south of the M4 highway in the Idlib de-escalation zone. Damascus is deeply concerned by the growing Turkish military presence in the area and reasonably expects that radical militants may use it as a cover for attacks on the government-controlled territory.

On June 15, locals from the villages of Jamalu and Merikiz in the Syrian province of al-Hasakah blocked a Turkish military patrol and prevented it from passing the area. Such protests in northeastern Syria are a rare development. Turkish forces do not shy away from using force against Kurdish protesters if they pose even the slightest threat to their interests. The Turkish military regularly claims that Kurdish armed groups, which it considers to be terrorist organizations, prepare attacks on Turkish positions in the area of Operation Peace Spring. By such claims, Ankara justifies the use of force there.

Previous: See how Your future smartphone could test you for coronavirus —
Next: The cause of tension between China and India