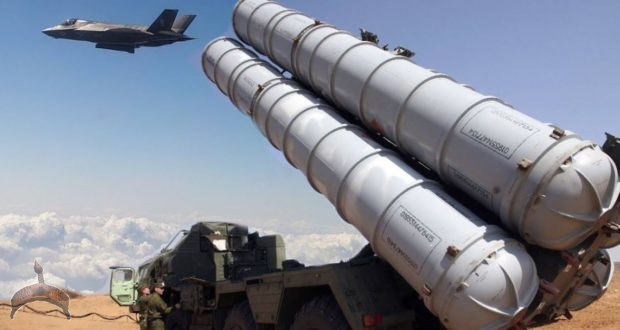 On October 11, the Israeli military announced that it had halted flights of F-35I stealth fighter jets following the crash of the US Marine Corps F-35B jet in South Carolina on September 28. The Israeli Air Force (IAF) stated that the F-35B crash was caused by a technical malfunction in the engine’s fuel pipe. So, the IAF decided to make additional precautions and conduct tests on all F-35I aircraft before continuing to employ them.

Earlier, multiple Israeli experts and even top officials claimed that the IAF may soon employ F-35I jets to challenge S-300 air defense systems, which were recently received by the Syrian military. However, it seems any kind of these actions is now delayed.

Heavy clashes erupted between the Syrian Democratic Forces (SDF) and ISIS in the villages of al-Shaafah, al-Susah and al-Baghuz al-Fawqani in the Hajin pocket in the province of Deir Ezzor. According to the SDF, ISIS members used a sandstorm to carry out a series of attacks. The US-backed group also claimed that 35 ISIS members were killed during the 24 hours of the clashes.

The US-led coalition announced in a statement that it and Iraqi security forces had neutralized a key ISIS financial facilitation network during in the Iraqi cities of Baghdad and Erbil in the period from October 7 and October 9.

According to the statement, security forces arrested ten members of the financial network, which is known as the “al-Ray network.” No further details about the detained persons were provided.

“The arrests deal a major blow to ISIS’s capacity to threaten and terrorize civilians … This demonstrates that those who assist in, sponsor, or provide financial, material or technological support to ISIS will face severe consequences,” Major General Patrick B. Roberson, commander of the US-led coalition Special Operation Joint Task Force said in the statement.

The Iraqi government announced defeat of ISIS in the country in 2017. However, multiple ISIS cells and ISIS-linked networks have remained in many desert region sand big cities. These cells still pose a significant security threat.

Previous: In 2018: Missionaries are diving families in Igbo land – Victim
Next: A Crash Course on the True Causes of “Anti-Semitism”, part II: the hunt for anti-Semites